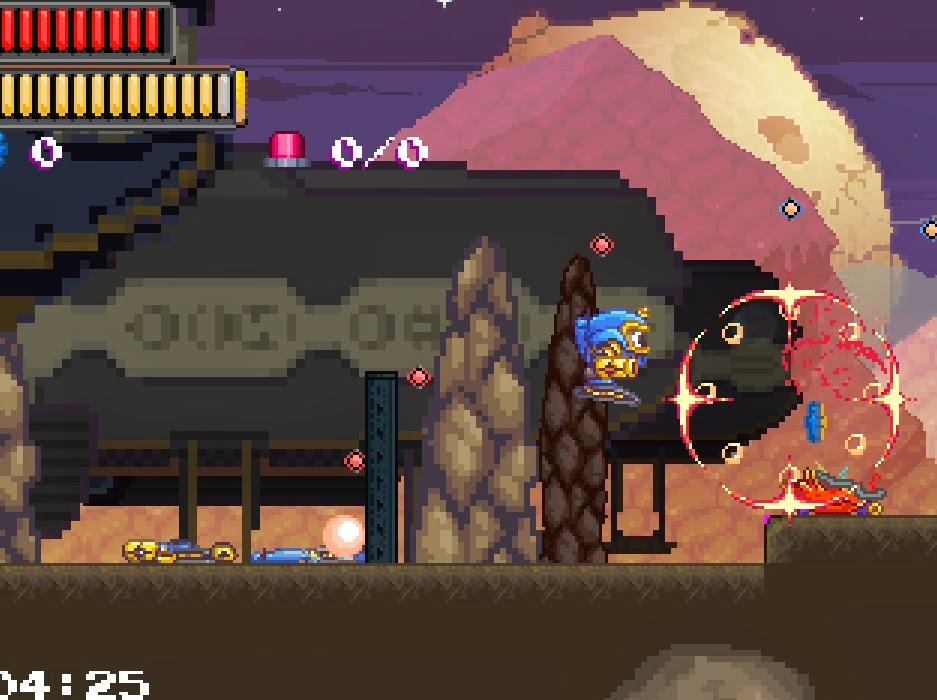 Terrian Saga is an action platformer that is reminding me a lot of the games I played as a child. It’s almost like a mix of Mega Man and Commander Keen. Players will take control over KR-17, a small military robot with a surprising amount of firepower. Players will also be able to control KR-17’s sidekick J1M; a rocket KR-17 can use to shoot hard to reach enemies and to help with some puzzles.

KR-17 has multiple weapons, but for the purposes of this preview I only got to try three. There is the normal gun which can be used as much as you want, and it’s this weapon that really reminded me of Mega Man’s Mega Buster. Next we have a grenade type weapon which can be thrown at enemies. Using this can help with hard-to-reach enemies that are blocking the way. Then there is J1M. KR-17 can fire him and then control him just like a guided missile, and this is a really cool feature in the game. Using both the grenade and J1M uses energy, and once you run out it the game becomes very difficult, but there are recharge points generously placed around the first level. I suspect this might be the case further in as well.

The gameplay is simple, as befit the retro games that so clearly inspire this game; get from point A to point B and hit all the red buttons along the way to unlock the door at the end of the level. Some parts can be challenging – even the first level – but there are thankfully plenty of save points that also act as your check points. The game also apparently features plenty of puzzles to figure out. These seem well thought out, but a few can be frustrating at times. The game’s charming exterior hides a bite, but I think most people will be able to handle it. Meat Boy this is not. 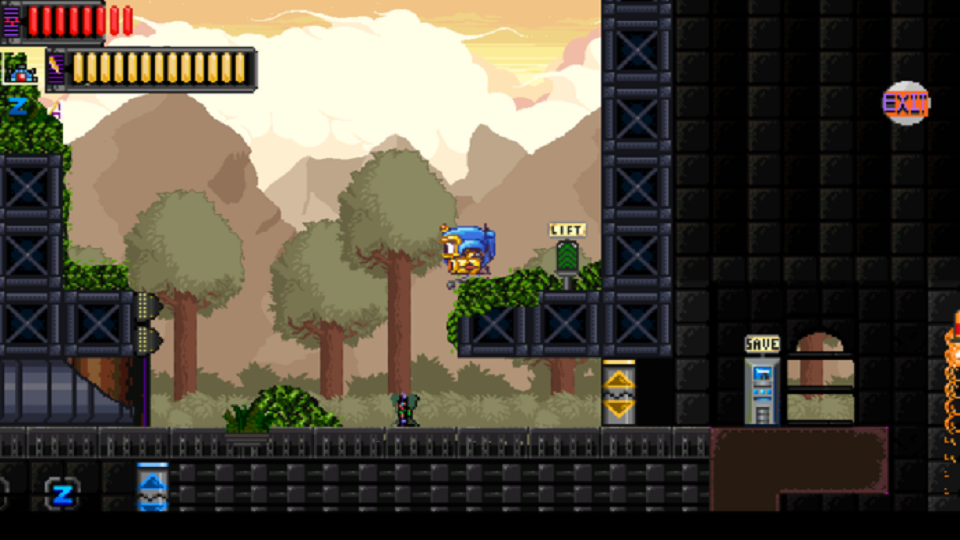 The graphics are 2D but done very nicely, I really like the attention to detail, such as how the destroyed enemies stay on screen after taking them out and the small details like sparks coming off them. The game features Xbox controller support and that already works well with the game.

Both simple to play and having challenging puzzles made this game a lot of fun. Being a fan of older style games, I really enjoyed the short time I had to trial the game. With the full version coming out July 9th I cannot wait to get further stuck into this game. Fans of old school platformer games will feel right at home and it looks set to be a good fix for those gaming on a budget.