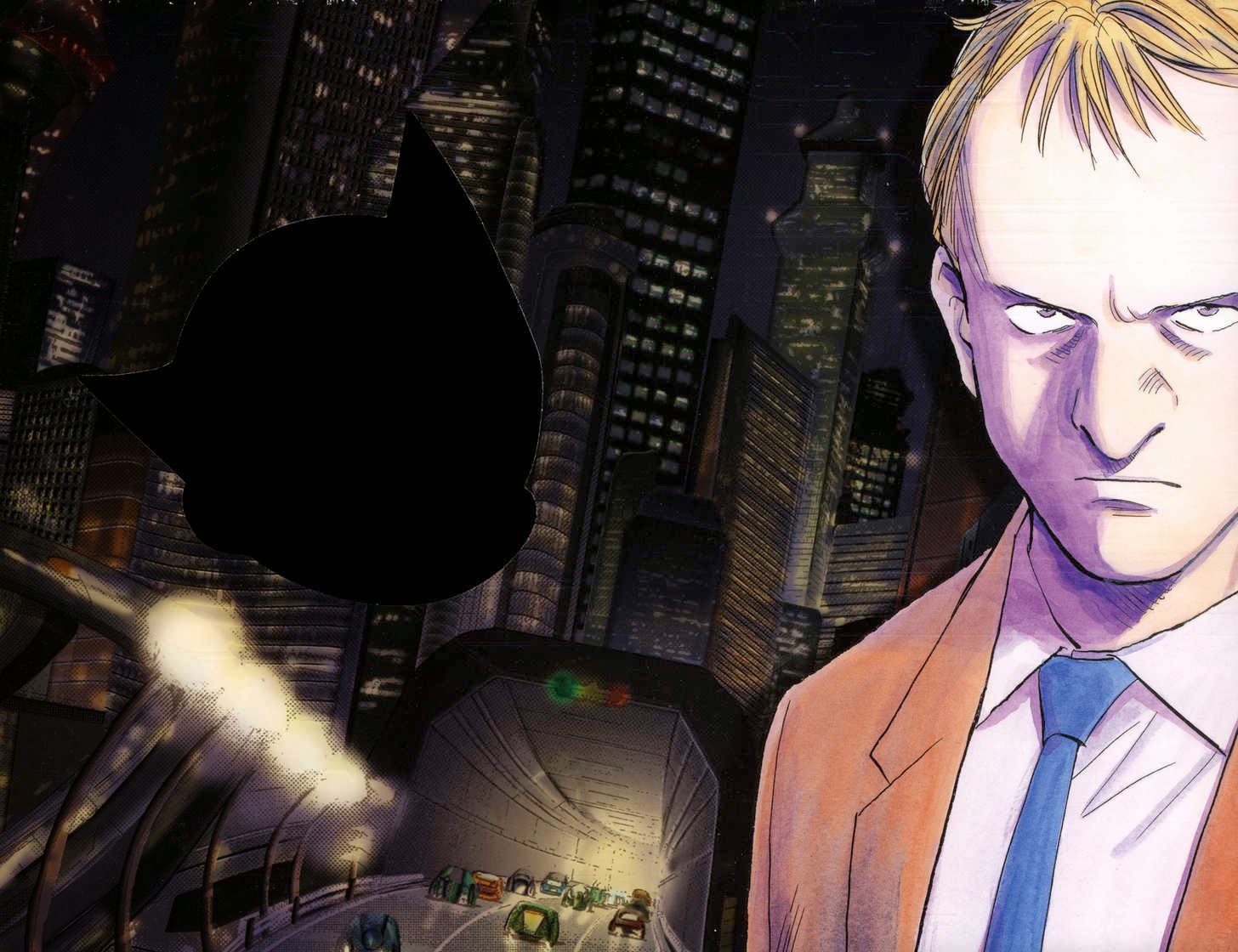 I don’t know how Naoki Urasawa manages to keep having me literally race through the pages of his mangas in order to find out what happened next. I don’t know how he manages to keep leaving me feeling deflated when I reach the end of a volume and have to wait for the next one. But everything he seems to think up appeals to me at a very core level. Monster was trilling, 20th Century Boys is, so far, gripping.

Pluto, which Urasawa produced in collaboration with Osamu Tezuka, is even more to me. Pluto is personal.

At its heart, Pluto is a manga about racism. Supposedly inspired by the classic Astro Boy (I’m not sure how – the influences are light, to say the least), Pluto is a detective story in which a vicious killer stalks a modern city, killing intelligent robots who have been programmed not to harm humans. Blade Runner might be a more apt comparison, going by the tone of the first volume of the manga. It’s dark, gritty and hardboiled. Just the way I like my detective fiction stories.

These robots go through hell. They’re forced to fight wars for the humans. They’re treated by humans as inferior beings, incapable of expressing even basic creativity, expected never to have emotions or have worth for anything but the tasks that humans don’t want to do.

One robot broke away from his enforced code, and what the humans did to him in return was nothing more than a vision of horror; a punishment far beyond what a human would experience for the same crime. 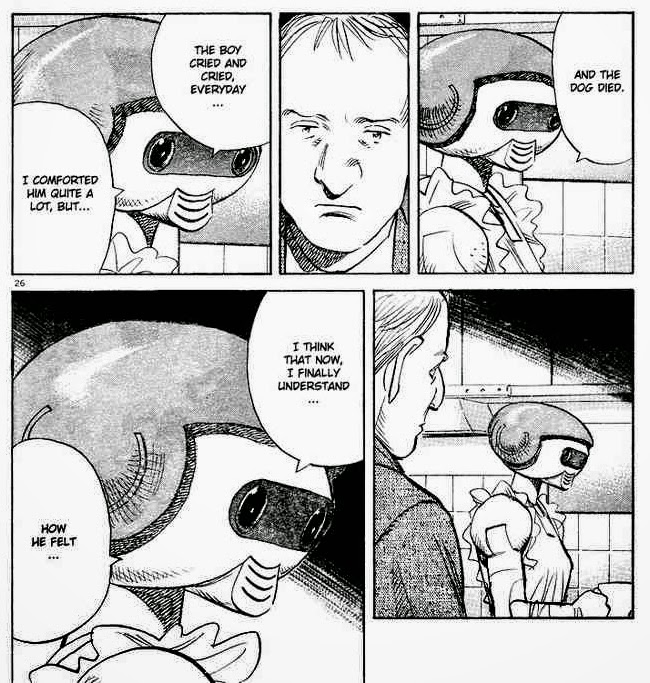 Pluto recognises all of these social themes within its work, and then explores them in a way that’s difficult to ignore. Rather than being explicit, we’re shown the sympathetic side of these downtrodden robots. We’re introduced to the lead detective as a human, only to later discover that he’s actually a robot. We’re shown that the robots do experience emotion. We’re shown that they’re able to overcome the discrimination and racism of the humans in order to live healthy, productive lives.

And so we care that they’re being killed.

Being the first volume, we don’t exactly have much answered. We’re introduced to a couple of different robots and the fact that they’re being killed. Urasawa’s trademark snappy pace is there in the dialogue and flow of the story, but at the same time he understands that for his themes to work, we need to get to know the characters and their personalities. Otherwise we’re not going to care when they start to show up dead. So the first volume goes on great, lengthy tangents away from the murder mystery (most notably the chapter about the butler robot), which only becomes part of the broader story right at the end.

The manga is the stronger for it. Already I feel invested in the characters that have survived, and I badly want to see who this villain is and learn the motives behind his actions. As someone who has come to understand just how insidious this breed of racism that Pluto speaks to in modern culture is, I’m very keen to see how Urasawa and Tezuka continues to explore it.

In short this is another manga that I feel an overwhelming desire to read through to completion.

Akiba’s Trip: Undead and Undressed tears up Europe on October 10

Review: The Wolf Among Us Episode 5: Cry Wolf (Microsoft Xbox 360)