Having braved the oppressive world of Dark Souls II more than once now, the promise of more death and discovery in the Crown of the Sunken King DLC beckoned to my warrior. That call was not unlike a siren’s song, promising his demise while teasing new discoveries that he simply had to uncover no matter the cost. Maintaining a tight two-handed grip on his massive weapon, my warrior once again entered deep, nearly blackened caverns in search of the ancient crown of the Sunken King.

Dark Souls II was ready to claim my life again (and again), and I could not have been more excited.

I certainly do wish there was more content here. Most of what can be found in these deep, dank passages can be fully explored in four or five hours. However, I wanted for it to last longer not because I simply wanted more content, but rather because what is here is so rich with atmosphere and tension that I simply didn’t want for it to finish. 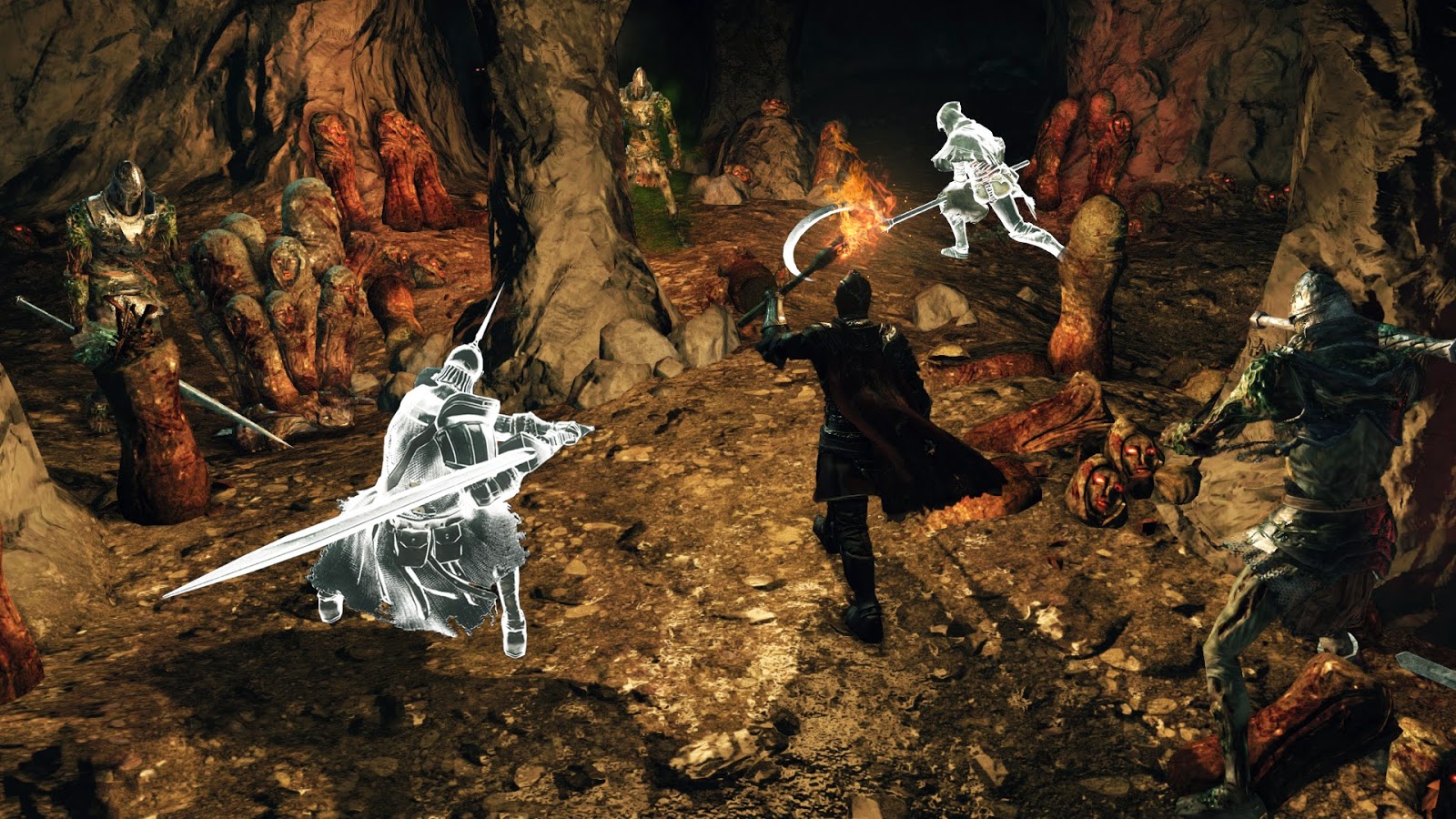 The siren’s call comparison I made in the beginning is an apt one, I believe. Much like a sailor guiding his ship towards rocky, certain death, I knew that The Crown of the Sunken King would claim my hero’s life several times. That being said, the content here was challenging even by Dark Soul’s standards. The boss fights were brutal (with one in particular actually feeling slightly unfair, which is uncommon for the Souls games, which generally feel challenging but ultimately fair), and exploration seemed even more devious than normal at some of the turns. Thankfully you can make use of the game’s ability to “summon” human help into your game, including those that do not own the DLC. It is making use of the allies system in this DLC thanks to that difficulty level.

The backdrop of a sunken temple in need of raising from the ground gives this DLC sense of the epic that is at times missing from the core game. Watching shifting, crumbling structures rise up like some phoenix was a haunting experience. There’s also a greater sense of exploration in the DLC, with non linear puzzles and environment design. The bonfire system in Dark Souls II, which allowed players to teleport back and forth at will, gave the game an artificial, “gamey” edge that disappointed purists. This DLC meanwhile has a more interconnected level design, which can be confusing at times (as a labyrinth probably should be), but also means that the environments are more organic in design and scope. 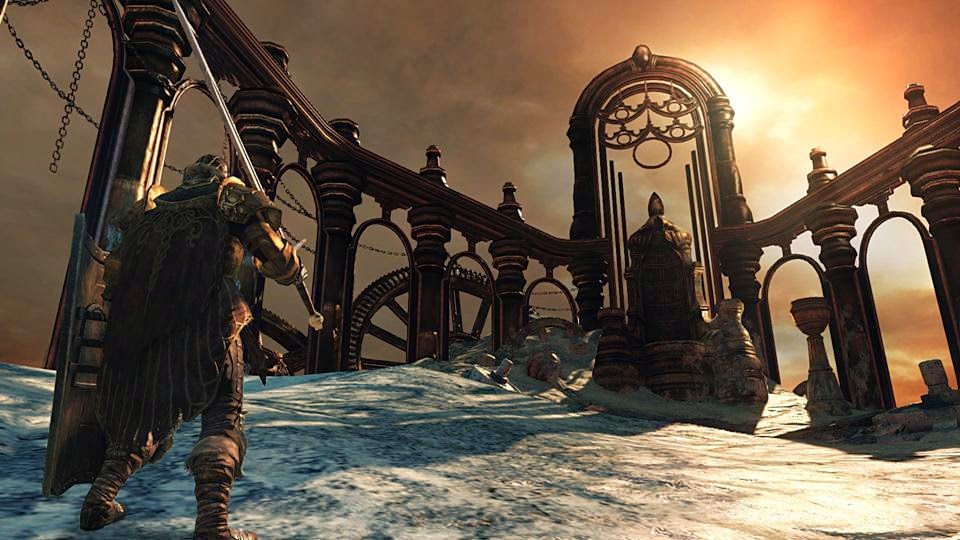 While the boss fights are certainly a challenge, the regular enemies present some new patterns and problems of their own. One or two on their own are seldom a problem, once the time has been taken to understand how they move and behave, but larger groups can be deadly and you had better be very aware of your surroundings when this happens. These fights are always fair and reward patience. But I have to come back to one particular boss. You’ll know the one I’m talking about the moment you run into it; this particular boss is so powerful that for perhaps the first time in a Souls game the difficulty crossed the line into arbitrary and nasty. Souls bosses never require luck to succeed, and yet with this boss I did indeed scrape through in the end thanks to luck.

Not that it takes a lot of arm twisting to get me to don my dented armour and delve back into the world of Dark Souls II, but Crown of the Sunken King’s DLC is the perfect excuse to do so. The puzzles are a fun twist on the pre-existing formula, the temple backdrop is an interesting setting and the new monsters are a welcome challenge.