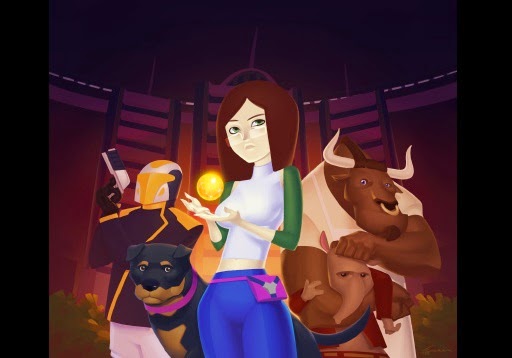 Everyone heard of at least one or two stories involving people who have partied a bit too hard. Not being able to remember that night, and that promise to never drink again, it’s a veritable rite of passage. AR-K (pronounced “arc”) is a take on that story. Here, leading lady Alicia doesn’t remember the name, or much of anything, of the person that she spent the night with. This booze-created memory loss kicks off the humorous adventure of AR-K.

But Alicia has bigger problems than forgetting the name of a man. Not only does a Golden Sphere from the past come back to haunt her (yes…), but to make matters worse, having slept in past her alarm means she has to figure out how to get the assignment topic from a Professor who is less than friendly (or helpful) because she was two minutes late. If Alicia doesn’t want to fail her university class then she is going to have to find out what one of these topics is on her own. 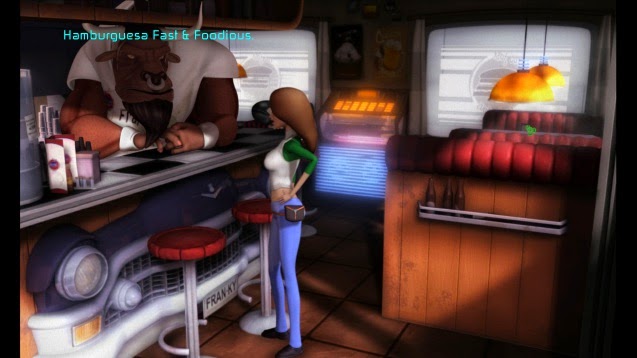 AR-K follows the standard rules for a point-and-click adventure game however it’s what it doesn’t do at times that changes the experience. While exploring the game spaces of the AR-K with Alicia, players do not have access to a function that allows them to highlight the areas that the need to explore. Now while this makes finding paths a guessing game, it keeps players attention focused on the game as it requires each area to be thoroughly explored in order to avoid missing anything.

AR-K doesn’t have that many characters to talk to, but that is part of what gives the game its charm. Having fewer characters has allowed for greater focus on each one, allowing the player to get to know each of them over the course of several different situations and conversations. Each one is not only visually different from one another, such as the bar/ dinner owner Franky (who’s a hulking Minotaur), or Alicia’s roommate Nuno (manic depressive very thin and mildly goth looking), but each have unique characteristics making them feel more important than most NPCs in most games. These characters breathe life into AR-K’s world, making it feel like a much more believable place. 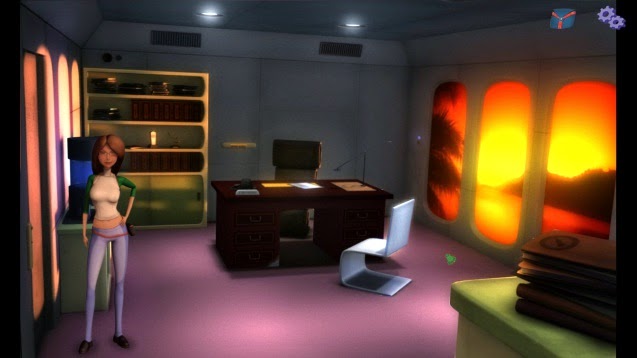 It helps that the voice acting is so strong. Alicia is voiced by Ash Sroka, the voice of my favourite female Mass Effect character Tali (don’t worry Garus, you’re still my favourite (who doesn’t have a mancrush on Garus… – ed)), to several of the others that sound familiar to top-flight games we’ve all played, each character puts on a great performance.

AR-K’s story is divided up into episodes which range from between an hour and a half to two hours in length. Currently only the first two episodes are available with the rest to come (hopefully) soon. These episodes are made to be played in order, and while it could technically be possible to play them out of order since there are no save files to carry over decisions like you’d find in a Telltale game, it would be recommended to start at the beginning to get the whole picture which explains much about the other characters. 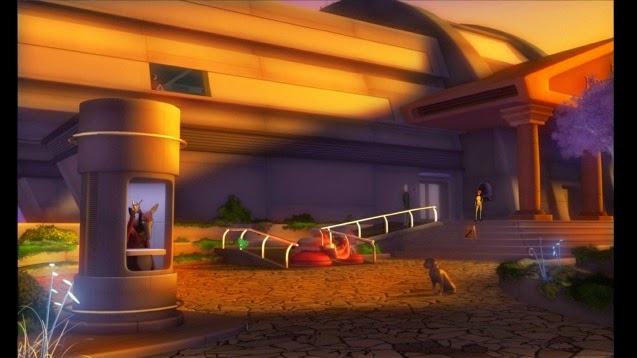 While AR-K is well written and acted, it can suffer from some performance issues in both the first and second episodes. There are times where it will be required to quit and come back in because thanks to a bug something in your inventory didn’t work right, or something went wrong with the screen transition. A little more of a game breaker is that inside of the second episode there is a conversation topic that if it disappears thanks to another irritating bug, then the whole episode will need to be restarted thanks to the auto-save system. This happened to me twice, and was irritating to say the least.

The developer has promised that, in addition to working on Episodes 3 and 4, is is also working on fixing up any issues that are reported by the fans. So, I’m willing to give the developer the benefit of the doubt and say these issues will be resolved, but it’s worth researching before purchase if it’s going to be a gamebreaker to you.

AR-K Episodes 1 and 2, while short even by the standards of episodic games, are very well written and even with the technical issues, were more than worth my time. I cannot wait for the release of the concluding two chapters.

Trailer: The bikini-clad zombie killers are back on the PlayStation 4… and it doesn’t look so bad