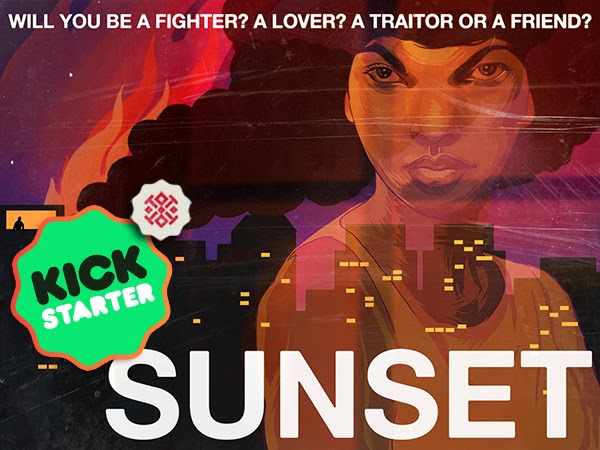 Tale of Tales, the indie arthouse outfit behind games such as Luxuria Superbia and The Path, has launched a Kickstarter to help fund its newest game, the political thriller, Sunset.

This game is, according to its description, a reaction against wargames and military shooters that are so pervasive in the games industry. According to the press release: Sunset is a first-person thriller that takes place in a single apartment in a war-torn South American republic, in the early 1970s. You play as a housekeeper, alone in the home of a wealthy eccentric. You come to do your work each week at sunset, and slowly discover your employer’s role in the revolution.

“The design of Sunset was inspired by violent military shooter games,” Michael Semyn and Auriea Harvery, Tale of Tales’ directors said in the release. “But instead of playing the gun-toting hero, you play one of the people in the background, somebody who silently suffers under the violence: somebody like most of us.”

It’s promising to be a highly atmospheric experience, in other words, and will be further helped with the musical contributions of Austin Wintory, otherwise known as the guy that made Journey’s music.

This game will be something essential, we feel. So fingers crossed that Tale of Tales can raise the $25,000 that it is looking for through Kickstarter.

You can back it here.