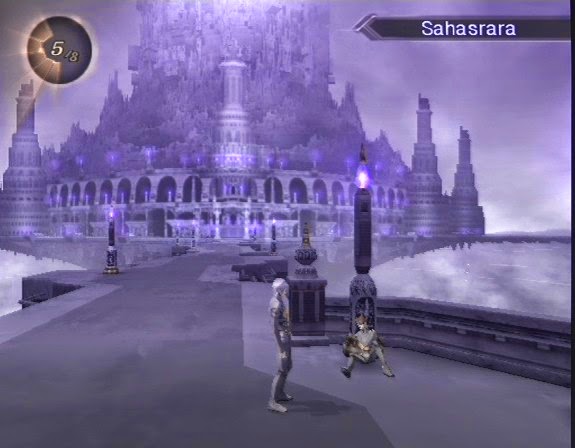 Digital Devil Saga has long been the forgotten child of the Shin Megami Tensei franchise. Abstract, cold, and remorselessly dark, this effort by Atlus was supposedly meant to be an accessible game in a franchise notorious for not being accessible at all. From that perspective I’m glad to say it failed. It’s not accessible at all, especially as the ravages of time have left it a game that is no longer attractive, but while it might not be accessible, it is surely a wonderfully intelligent game.

The game’s thematic core lies at the heart of a conflict between a number of tribes, which are condemned to fight to the death until only one is left, and that tribe is then able to ascend to Nirvana. It is a truly miserable world that these characters inhabit; a nightmare post-apocalyptic environment that is perpetually raining and it can’t seem like there is any good reason for the fighting to occur. It’s a mindless, hopeless conflict that takes players to the most brutal of nihilistic places, and at times it can be such a draining theme to play through that players will themselves start to wonder if there is any purpose in what they are doing.

What will drive them on is the potential for the victor to enter Nirvana. Even as the rain beats down on them, dampening and darkening everything, the people of this world fight tooth-and-nail over a promise; a reward that no one has seen, nor understood. It’s a powerful metaphor for the struggles of many to elevate themselves in modern capitalist society. The people of Digital Devil Saga are also “granted” the ability (and indeed, the need) to take on the form of inhuman monsters in order to feed on one another; another clear statement on the sense of morality that our capitalist world encourages. The game is a clear and decisive criticism on what drives people to excel in modern culture, and while it isn’t always comfortable viewing, it’s compelling nonetheless. 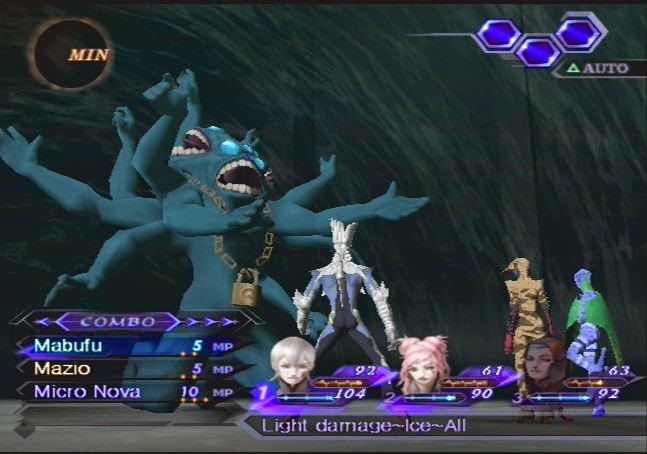 And then, without ruining anything for people who haven’t played the game, there are serious questions on whether any of the effort was worth it in the end. As I said, Digital Devil Saga is a grim, dark game, and while the narrative is obscured just enough that if you want to shut the brain off and enjoy a JRPG, you’re able to, you’d be doing the game a great disservice. Just as the Persona franchise demands that players respect it and think about it on a deeper level before it will give them the complete experience, so too does this game.

Working past the narrative, the game itself is a highly tactical JRPG in which an enemy’s weaknesses are not something to exploit in order to defeat them quickly and save some time, but an essential mechanic in getting through the game. Hitting an enemy with an attack that it is weak to will enable your heroes to take extra turns and pile on even more damage. The flip side is that enemies can do the same thing to you and, what’s more, hitting an enemy with an attack that they’re immune to will immediately end your party’s turn. 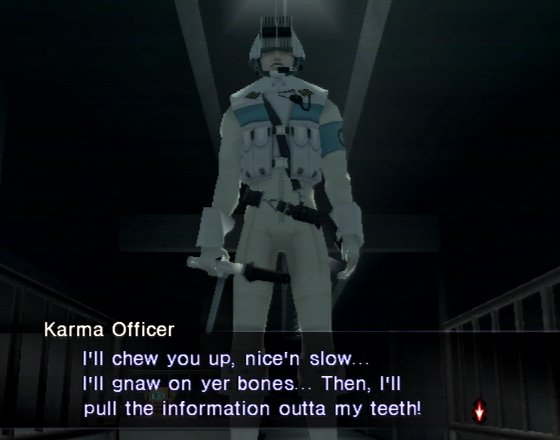 So in Digital Devil Saga it’s essential to scope out an enemy’s weaknesses and then use abilities to cover your heroes’ own weaknesses, or encountering tougher enemies will result in an instant game over screen. While Digital Devil Saga is generally an “easier” experience than other Shin Megami Tensei games, it is nonetheless a game where simple experience grinding won’t be enough to deal with bosses. You’re going to need clever strategy and good character development skills for that.

The character development is focused around a “Mantra” system, and this is the shining light in Digital Devil Saga’s gameplay structure. Players are presented with a large grid at the start of the game, with the nodes on the grid being called “Mantras,” and each of these Mantras unlock a couple of skills once mastered through earning experience. Players are free to select the order in which they characters unlock skills, and are able to take on a new Mantra once the previous one is perfected. One character might learn a mix of offensive attacks, while another might be designated as the support character. The grid is comprehensive enough to allow for deep character customisation, and it allows for a wide range of different strategies. 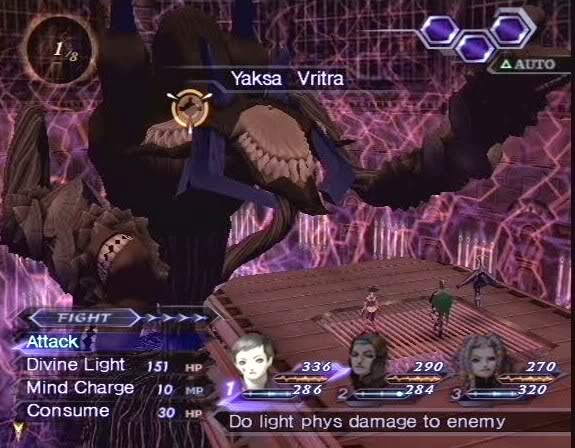 As with all Shin Megami Tensei games, the game’s various enemies are dark, but varied and fascinating to fight against. With that being said, the random encounters come on thick and fast, and once started, the attack animations are all quite slow. Fighting through entire dungeons becomes a drain and exploration is discouraged as a result of the tedious nature of the battles, and the occasional puzzle thrown into the dungeons is truly painful.

And, while the game has such a wonderful narrative and theme, Digital Devil Saga was never the most striking game visually. A game like Shin Megami Tensei: Nocturne had more vibrant and engaging environments to explore, and it’s difficult to connect to this game by comparison to its peers.

With all that being said, Digital Devil Saga is a truly great example of the JRPG. It’s not as well known as its more famous family members in the Shin Megami Tensei franchise, and it’s a little harder to get into, but once it gets going it’s compelling stuff.