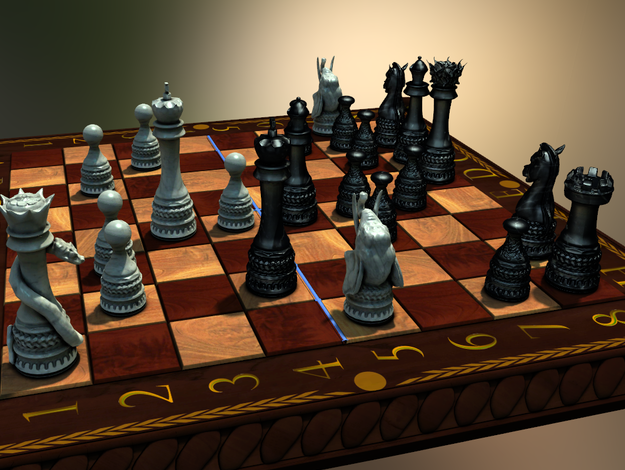 Having the audacity to try and come up with a sequel to the (literally) ancient game of chess takes gonads. And yet that is exactly what David Sirlin is doing with the straightforwardly-named Chess 2.

Sirlin might not be a name that is instantly recognisable, but he hit a motherload of respect for his work on the card game, Yomi. Sirlin was the design director on that game, and he is quickly becoming an expert in understanding how to properly balance games where balance is important.

And so we come to Chess 2, which has actually been released on Ouya already, but is coming to PC and iOS shortly, with new features, including the following:

You can read more about the game here. I haven’t played the Ouya version, but it seems to be getting some good press, so who knows? Perhaps Sirlin has achieved the impossible and iterated on chess itself.

The games of July: It’s a quiet month, but not empty