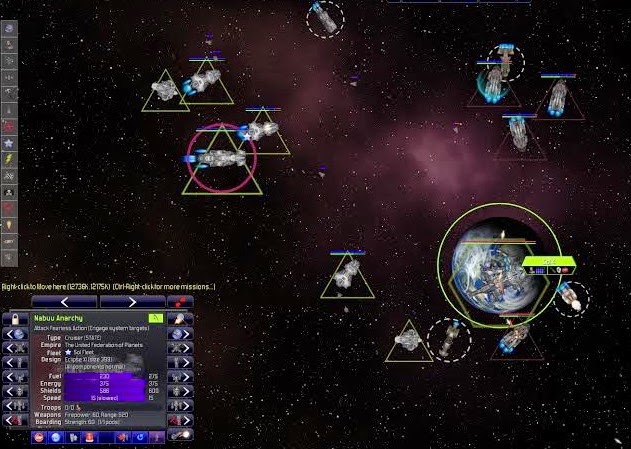 We need to talk about Matt. You know Matt, right? He’s our editor, and he plays games for a living. But I’m worried that he’s taking it too far. He’s already admitted to spending too much time with hardcore strategy games, and Distant Worlds: Universe might be the title that pushes him over the edge. Seriously, Matt, stop reading right now. This game will take over your life.

Everyone else should play it immediately. It’s a corker.

Distant Worlds has been around since 2010, but the Universe Edition marks the series’ debut on Steam. It’s a bumper package, wrapping the base game, three expansions and a bunch of modding tools into one tidy download. The result is title with a huge amount of content. It follows the same conventions as most space-based empire-builders, but on a truly enormous scale. Instead of one research tree, there are three. Instead of a few unit upgrades, there are dozens. There are multiple, overarching storylines to choose from. Victory conditions can be configured to suit your playing style. You can conquer the galaxy, build an economy, or just do your own thing. It’s even possible for the game to play itself while you focus on the aspects that you enjoy the most. Do you want to be a spaceship designer? An admiral? A pirate? Distant Worlds has so much depth that you can have a satisfying game even if you concentrate on one tiny aspect of what it has to offer. 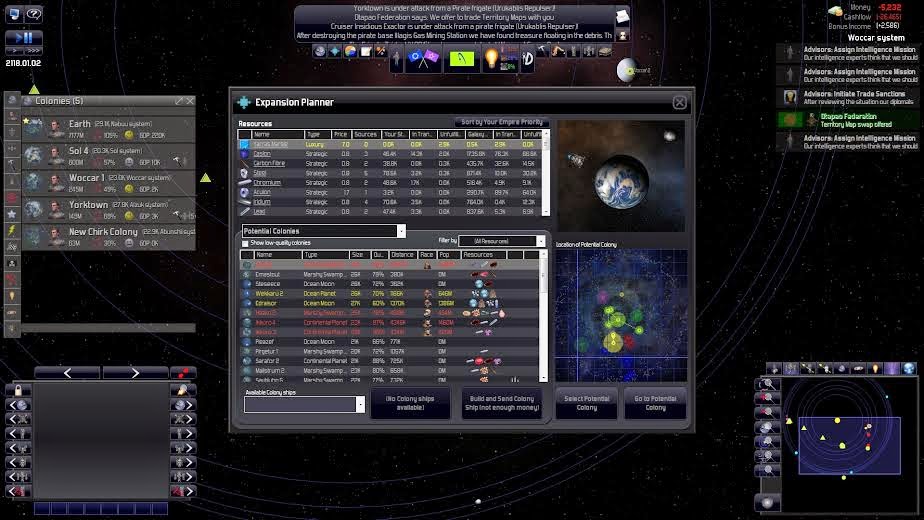 Despite this complexity, the core structure will be familiar to anyone who’s dabbled in the 4X genre. Start with a single planet, develop it, explore the Universe, befriend some of the aliens and exterminate the rest. It’s possible to trace the genre back to Master of Orion and, before that, to Sid Meier’s original Civilization. Distant Worlds doesn’t look like Civilization and, because it takes place in real-time, it doesn’t play like it either. However, Civ-veterans will find enough parallels to make Distant Worlds a (relatively) straightforward game to get into, and tutorials ease the learning curve a little. Crucially, Distant Worlds is every bit as addictive as Civilization ever was. While playing, expect minutes to flow into hours, hours to lapse into days, days to turn into weeks. Take a month off to play it, basically.

The most significant departure from the standard template comes in the way that technology is handled. The game starts with a number of simple unit designs – military ships, bases, spaceports, and so on – but these are upgraded using components that you’ll have to research for yourself. The focus on modules, rather than completely new units, means that there’s not the clear sense of progression that you get with some other games. However, it does mean that you can design a fleet that’s uniquely tailored to your specifications. This portion of the game is reminiscent of Gratuitous Space Battles, the indie spaceship sim, but it’s a shame that Distant Worlds doesn’t use similar after-action reports to show the performance of your designs. Space battles often come down to a tactic-free ruckus in which technology and numbers are the deciding factor, so I fervently hope that that the developers manage to squeeze simple battle reports into one of the game’s regular updates. 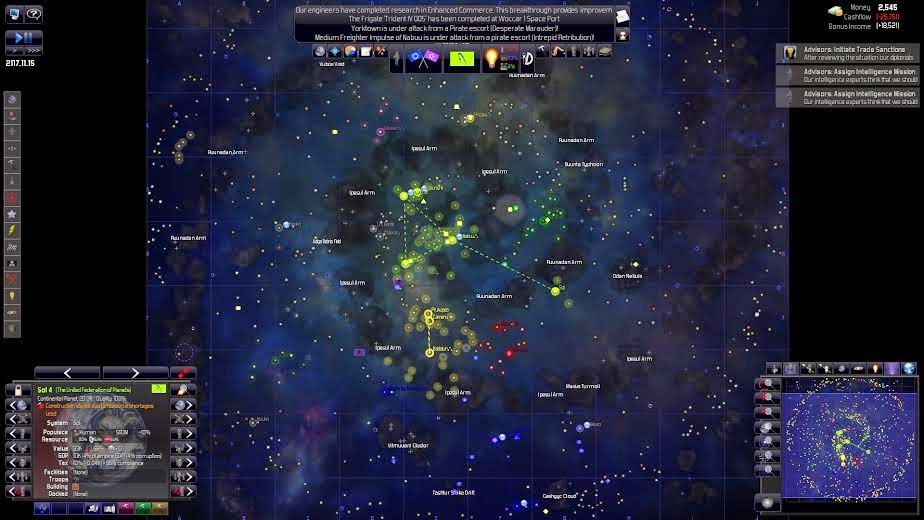 The use of pausable, real-time gameplay also defines the unique feel of the title. While you’re busy setting tax rates, building ships and exploring the galaxy, your citizens are getting on with their lives. Pretty soon, there are civilian ships everywhere. Trade routes appear spontaneously as independent mining stations mine, freighters freight and tourists tour. The bustle of private-sector activity quickly becomes essential to your economy, as your funds receive a bonus whenever civilians use government facilities. Cash flow can vary wildly (and is another aspect of the game which could be better explained) but, by and large, those civilians keep your empire ticking over.

And there’s so much more. Space pirates are a pain in the nethers, but you’ll need them to smuggle goods and provide your nascent empire with ‘protection’. You’ll need research stations, orbital batteries, planetary facilities, and Wonders. You’ll need troops for ground assaults, boarding enemy spaceships, and kicking ne’er-do-wells off your planet. You’ll need diplomacy, espionage, trade agreements and ambassadors. All this could all become overwhelming, but the interface presents the mass of detail in a reasonably straightforward way. This is important, since the rest of the graphics and sound are merely so-so. Like most hardcore games, it’s the information that matters, and managing the information is something you learn to do as you play. And, if it becomes too much, you can always delegate part of the game to the AI. 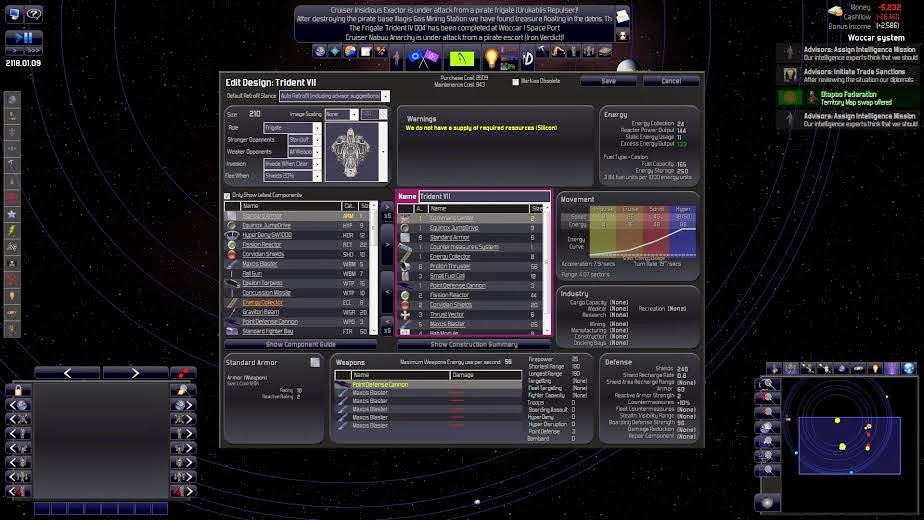 So, Distant Worlds: Universe is a corker. But make no mistake: while it’s not as forbidding as some Grand Strategy games, patience and a degree of head-scratching will be required. But it’s worth the effort. It’s enormous, complex and – above all – fun. Despite a high price-tag and a few minor problems, it’s a strong candidate for Strategy Game of the Year. Just don’t tell Matt.