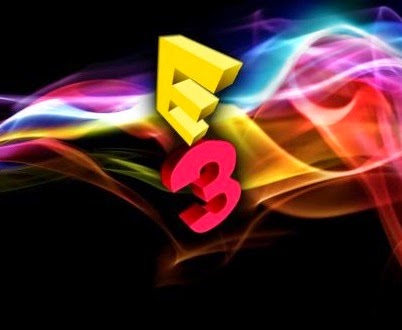 This week we’re running a series of articles looking at what we’re anticipating and worried about from E3 this year. Next we have Pierre-Yves, DDNet contributor.

E3 has always been that time of year where regardless where I was I made sure that there was an Internet connection available to watch all the press conferences so that I didn’t have to catch up afterwards and hear all of the news second hand. It has always been exciting because it has always been where we’ve found out about new and upcoming games. This has sadly changed over the past few years as social media has really grown and anything that could have been a major surprise was announced by the companies themselves way before the show. With that said there are always exceptions to this rule, such as last year with Square Enix where Final Fantasy Versus 13 turned into FFXV and the long awaited announcement of Kingdom Hearts 3.

I’ll start off with what worries me the most out of E3 this year is that rumour of Nintendo announcing some new hardware will come true… just not as we might have been expecting. Nintendo announced that it was going to concentrate on new hardware in emerging markets. What does this really mean for the rest of us and are we finally going to get all of the details?

With regards to software, what I would love is for anything regarding the newest Legend of Zelda since we have seen nothing since that amazing full HD tech demo. I don’t quite see anything mind-blowingly new new being thrown out there in regards to the handhelds, as the 3DS is puttering along nicely.

Over in Sony’s camp, what I am truly looking forward to is details on the Gaikai turned PSNow service that has been in beta for a while now. How will it work? How much will it cost? Will Sony enable it in its Bravia TVs, so that players just need a PlayStation controller? What will the service’s library offer?

For Sony console games, details on Capcom’s Deep Down and if it’s launching outside of Japan would also be nice. It’s already been leaked but I’m anxious to see From Software’s Project Beast in action and confirmation on whether the rumours about it being the spiritual successor to Demons and Dark Souls are correct. .

With Microsoft I wouldn’t have a clue what to expect but the company’s responses to all the negative press for the Xbox One has been interesting, and I am intrigued to sit down and view the conference to see what they have to offer. Who knows? Something might even convince me that I want one!

Outside of the big three I’m excited to see what kind of indies surprises make an appearance. Especially with RPGs; I’m hoping for an announcement from NIS for Disgaea 5? Makai Kingdom 2? Something new and insane? Information on Persona 5 from Atlus! A new Gust game? Perhaps even a new Compile Heart/ Idea Factory game or details on Hyperdimension Neptunia Victory 2.

The only thing left to do is to wait and see and hope to be taken by surprise at something amazing during the course of the show!