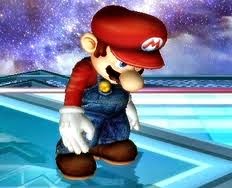 Two weeks ago, I was talking with Sebastian Perri, the Incubator Coordinator at the Canberra Campus for the Academy of Interactive Entertainment (AIE). I was chatting with him as research for an article that I was in the process of building, and as part of it, we also got to discussing about what it would mean if the government were to slash funding to Australian game developers via the Screen Australia fund.

That’s right; two whole weeks before the budget was announced and Australia’s Treasurer, Joe Hockey, formally ripped the bandaid holding Australia’s local game industry together, we were discussing the very real possibility that it would happen.

“If funding for games is cut now all that knowledge and momentum gained over the last few years will be lost,” he said. “The simple fact is that globally games generate more revenue then film each year, so why wouldn’t governments continue to fund games in an increasing fashion?”

At the time Perri also referred me to a few developers that had relied on government funding to get their projects made:

See Through Studios; Currently developing a highly artistic game called Particulars (EB Expo Australia 2013 attendees might have played this one)

And then there are some of DDNet’s own friends:

Nnooo; The Aussie team behind escapeVektor and Blast ’em Bunnies, and a team that is doing a massive service for the local industry by also publishing games on consoles that other indies have produced. Nnooo wrote an open letter to one of our state government MPs begging them not to pull funding for game development.

Tin Man Games; here’s the most bitterly ironic link of all – I spoke to Neil Rennison of indie outfit Tin Man Games after he scored a government funding grant:

“The industry is ripe for recovery,” he said. Why? Because there was finally some money being injected into it.

But now it’s gone, and with it, lots of opportunities for game developers. What was achieved with some of the above will clearly no longer be possible with the Abbott Government in power. Even more disappointingly, Australia is going to be left behind in the development of the global games industry. It is only going to become even more difficult for Australian game developers to be internationally competitive (as all game developers need to be). A “brain drain” will mean Australian artists leave the country and take their skills with them. A lack of money means that developers will struggle to have their games stand out amongst the blockbusters.

The saddest thing of all is that this all has a precedent; Australia’s film industry went from being a healthy, innovative one to one that barely scraped by for many years… because the government of the time didn’t see the value in investing in it. Australian governments and hostility towards new media or modern arts is a repeating mistake in history, and it’s sad that this loss is being largely ignored by the broader Australian community.