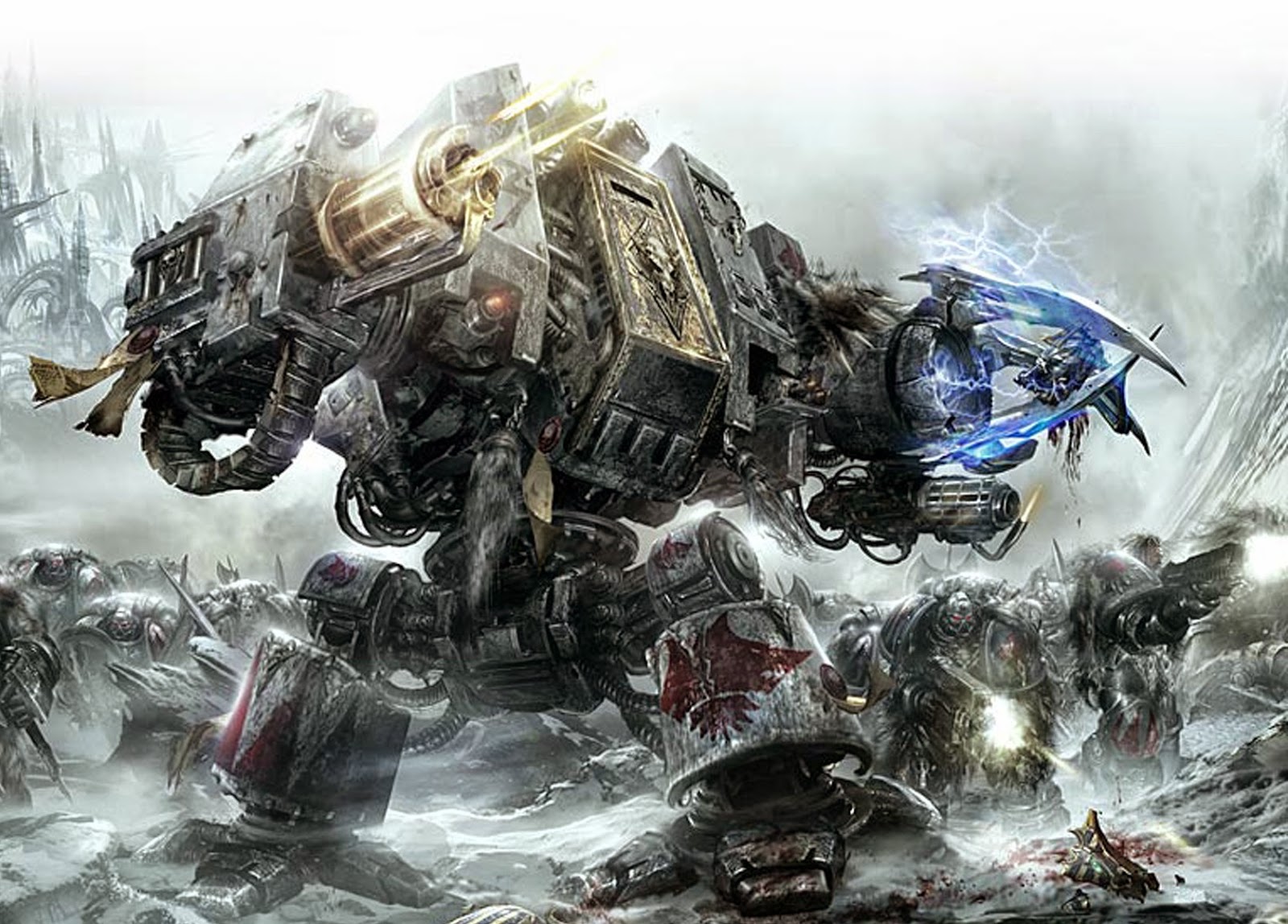 Warhammer 40k has been around for a long time and it has also done rather well for itself with its unique take on the miniatures which players can paint as they see fit. These miniatures are used for tabletop combat and as an avid player of tabletop Dungeons & Dragons there really is no substitute for tabletopping.

That being said, Warhammer 40k hasn’t always had the same level of success when it comes to its video game iterations. There have been ups and downs, from the amazing Dawn of War RTS series and the not-so-great God of War/Darksiders clone in Space Marine.

Storm of Vengeance, meanwhile, is a lane defence game that was originally designed for mobile operating systems and it incorporates a lot of clicking and dragging that thankfully transfers over rather well with a mouse. However, the game has picked up some issues that might not have been present on a touchscreen.

I found it immediately annoying that Storm of Vengeance is not available in full. To start off a player has access to both a Human and an Ork campaign while the other four are behind a pay wall. I honestly don’t see why the six portions couldn’t be packaged together for a little bit more instead of having to pay double the original price to have access to everything. It seems sneaky. 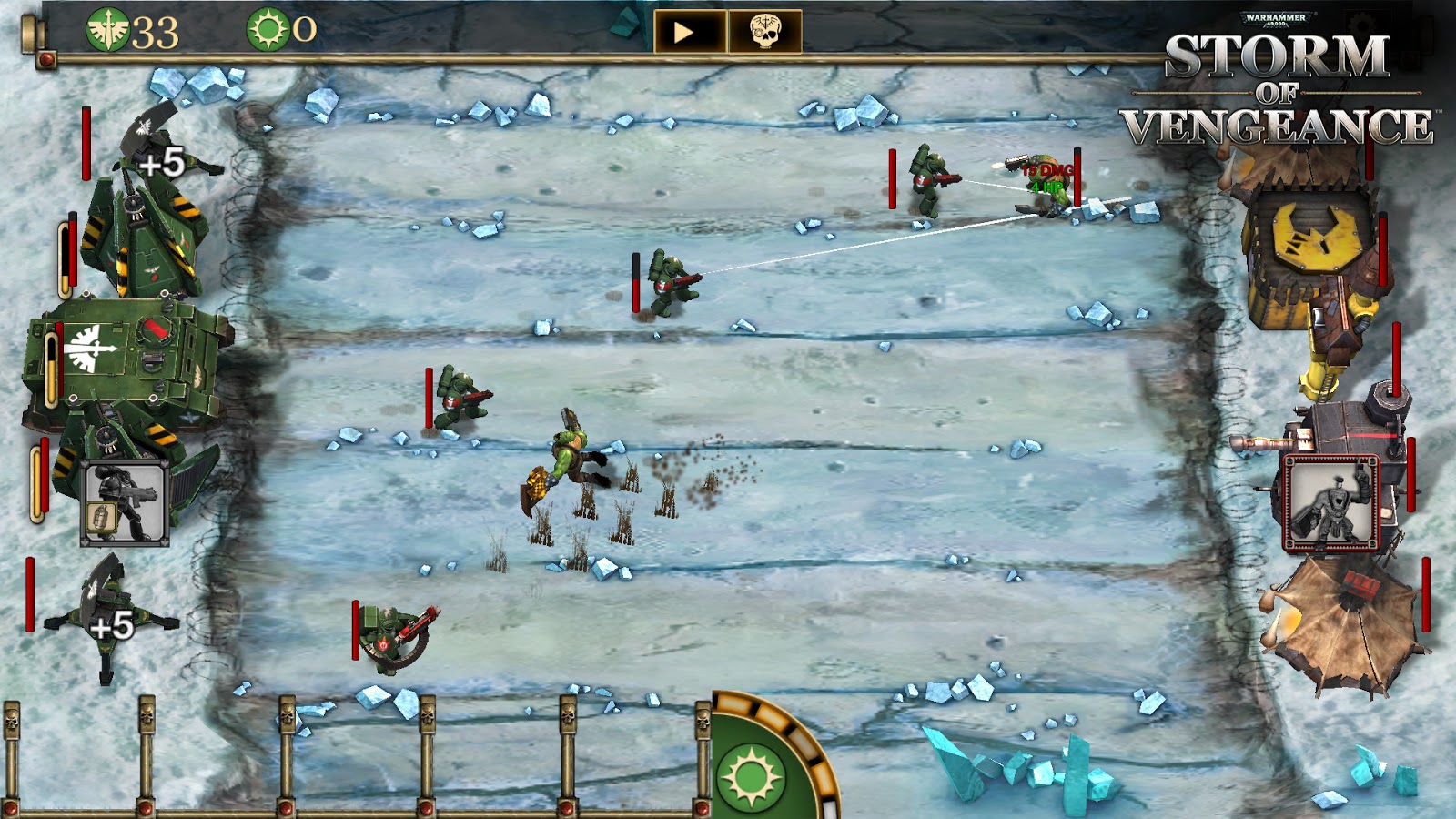 Thankfully, regardless of the campaign chosen there is a series of tutorials to go through to teach the basics of the game from the simple resource collecting to how to properly utilise various units types. At first it seemed like a poor design choice to make the beginning of each campaign into a tutorial, however after having switched over from one campaign to the other I realised that the play styles are quite different, requiring multiple tutorials.

The goal of Storm of Vengeance is to send troops down one of five lanes to destroy and capture three of the enemies’ lanes to move onto the next level. The events taking place are in a very particular moment within the Warhammer 40k universe which is the siege of Piscinia IV. It would most likely help to know said lore, but even if you do not, enough is explained during the game to make sense of the story.

Sadly even if Storm of Vengeance offers long campaigns, it doesn’t offer very much in regards to gameplay other than spamming units down one of five lanes and unlocking a few upgrades such as a handful of extra units to play with. Each level plays out much like the previous ones where you simply try to outnumber the opposing side to conquer three lanes. Unfortunately even if it builds up to it, tactics are never really required as regardless of which faction you are campaigning as it really becomes a numbers game. 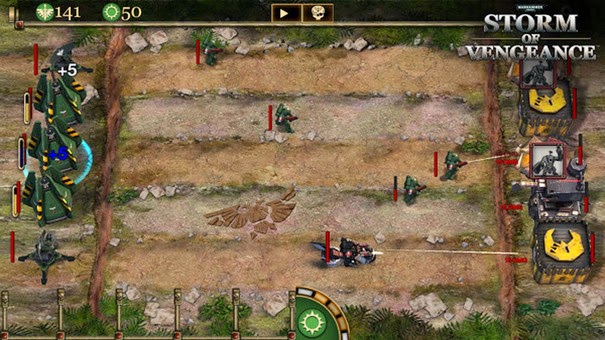 Tactical games often do rely on numbers whether it’s turn based or real-time however different unit types help balance this as there is always a rock-paper-scissors mechanic that allows for battles to have some variety and victory-against-the-odds excitement. There is also a lack of balancing when it comes to unit types and how far along the campaigns you are. Difficulty spikes ahoy in this game.

Thankfully there are breaks in the campaign every now and then in the form of “skirmish levels” where you only have access to a set amount of resources to achieve a victory. It’s in these moments that the game really shines as it no longer becomes a bland numbers game but more of a battle of the mind and tactics to make it through. Having included levels like this was a brilliant idea as not only does it make up for the longer bland campaign levels but it also shows a great deal of creativity from the creators as they tried to do something different to break up the flow to make a better experience. If only this was the full game.

All in all, Storm of Vengeance isn’t a bad experience if you’re into Warhammer 40k. The gameplay gets quite repetitive after a while as there isn’t much change from one level to the next especially after the first ten to fifteen levels of each campaign. Frankly, Warhammer does deserve more rounded games than this.