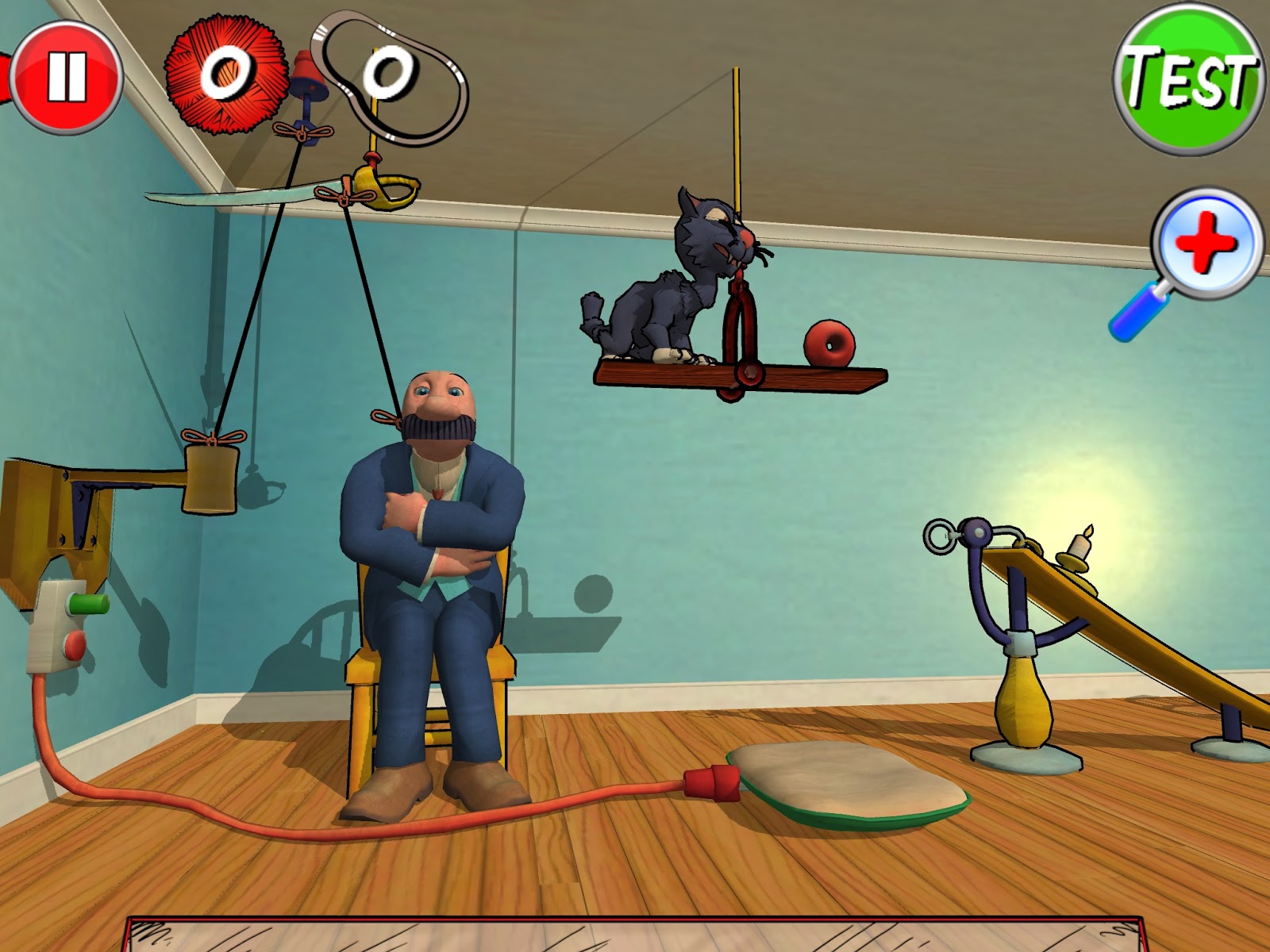 Imagination and creativity is something that seems to lacking somewhat in younger kids these days. Given that they have such incredible and instant access to technology and more information than they could ever hope to watch in their lives, it’s not hard to see why. That’s why games like Rube Works are so important and something that all children should play.

Rube Goldberg was a cartoonist, sculptor, author, engineer and inventor in the early 20th century. Indeed his lasting legacy is without a doubt the board game Mouse Trap. The thinking that went into that game is also a perfect example of Goldberg’s cartooning style, as he is best known for cartoons showing people achieving simple tasks in crazily complicated ways.

Rube Works is the first time the Rube Goldberg inventions have been used officially in a game. It’s clear from the outset that the guys who made this game loved the way Rube would think about things and wanted to represent it in the right way. The whole game feels like a love letter, and takes on the cartoonish style of Goldberg from start through to finish. 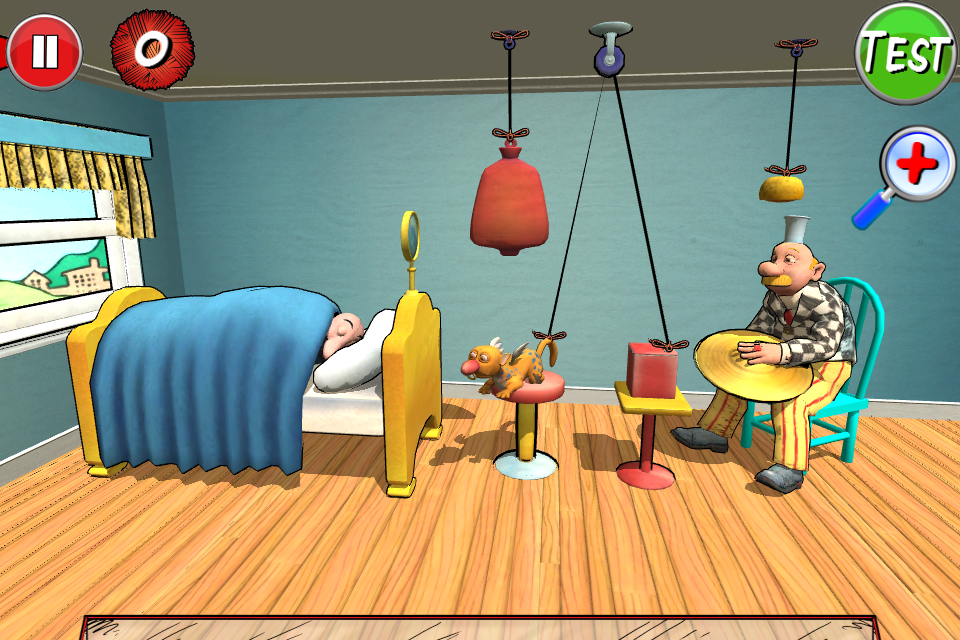 Immediately the game smacks of nostalgia and feels both modern and retro at the same time, which is a very delicate balance that the developers have successfully achieved. Essentially Rube Works is a puzzle game that requires players to set up long chain reactions of objects interacting with one another. For instance it features a scenario where players will use a magnifying glass to channel the morning sunlight to melt a hot water bottle which will drench a cat that will then pull a rope on a pulley that has been attached to a jack-in-a-box which startles the man in the corner with a cup on his head to squeeze the orange on a rope above his head and, viola, built in alarm clock and orange juice squeezer. While not the most practical contraption every devised, it’s fun to try and work out the semi-logical answers to the questions posed.

It’s that ability to task players with thinking creatively that makes Rube Works so special. The pseudo-educational benefits of playing are important because it encourages players to think creatively and in a non-linear fashion. My wife is a childcare worker and when I was playing the game to review it, she was constantly looking over my shoulder. She said that it was a great thing for late primary to early high school aged kids to play. Call it gamification if you will, but this kind of game is an entertaining way to get people to use their brains in a manner useful in the real world. 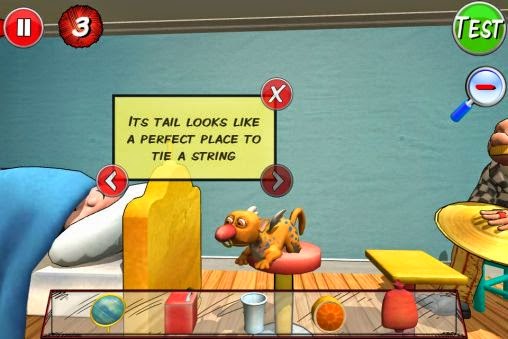 At $4.99 US on Steam, the game is well worth the money. Although there are only 18 levels, which is there is always the potential for DLC or a sequel, and $5 isn’t exactly breaking the bank. Rube Works is a well made and well thought out game. It’s go a strong, entertaining art style, and it aims to be more than a simple time waster. Apparently it’s also been released on iOS and Android, and I can’t see this game failing on those platforms either thanks to its clear, simple interface and point-and-click play style.

Battle Princess of Arcadias has a release date