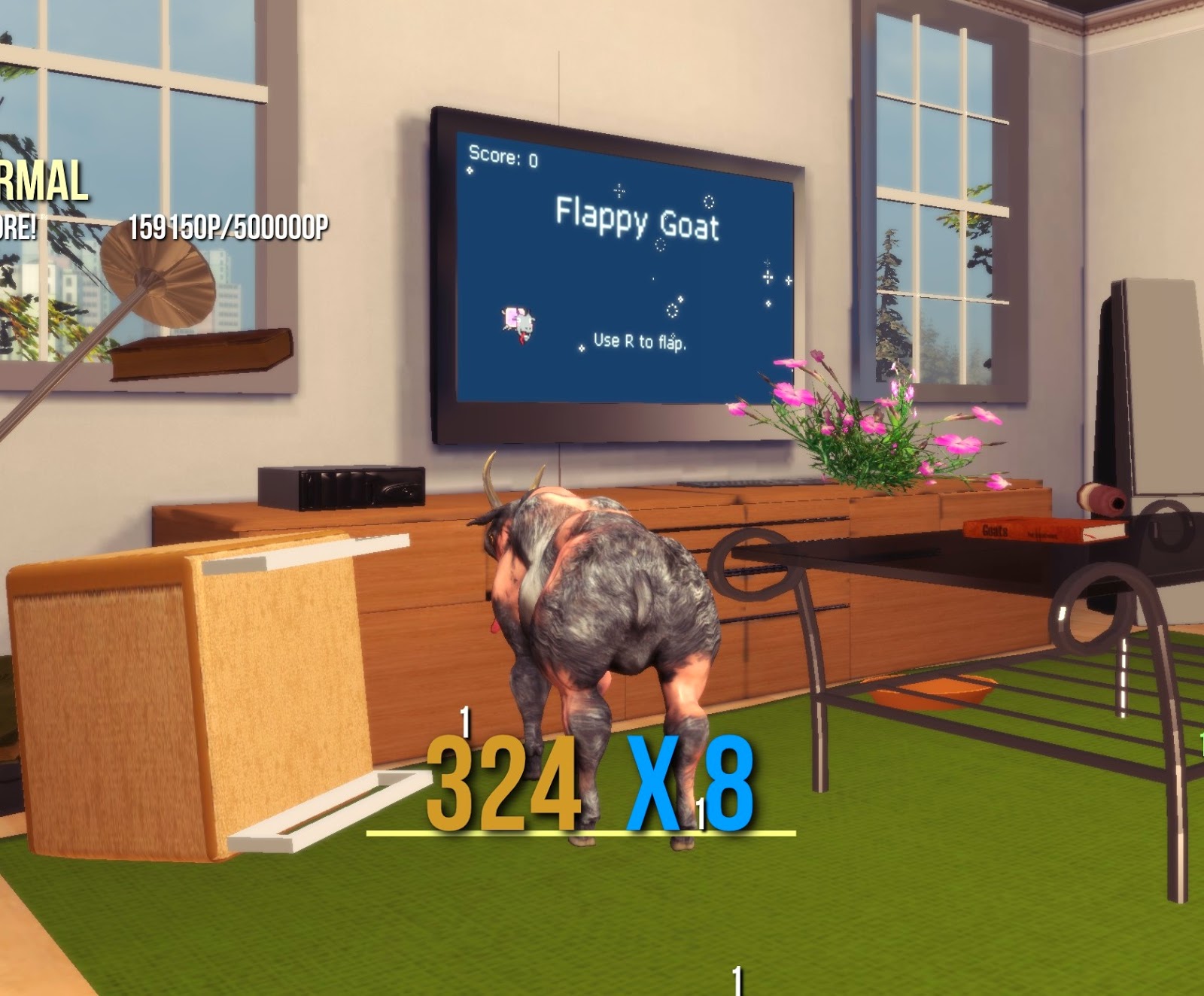 It is the year 2014. Smallpox has been eradicated. The invention of the internet has enabled us to have access to the sum of human knowledge at the push of a button. Gay marriage has been increasingly more legalised in the Western world and progressives are changing the world for better in other ways too. Men and women crew the International Space Station, a castle in the sky, a place reserved for the gods of old.

And yet we are unsatisfied. That is until recently. Ladies and gentlemen, we now have the ability to play a high fidelity goat simulation.

Welcome to the future.

And it would be a glorious future, if Goat Simulator had been a satisfying gaming experience rather than a thin and extremely short lived experience it currently is.

Goat Simulator does exactly what it says on the tin. It’s essentially Grand Theft Goat, with a world set up for you to destroy and busy traffic for you to run head on into. Players play a goat. A goat with an affinity for smashing things. It’s a good concept, to be sure, but at its core it’s a ragdoll physics comedy generator in the shape of a goat. To quote the Steam store page: “It has been compared to an old-school skating game, except instead of being a skater, you’re a goat, and instead of doing tricks, you wreck stuff.” Like old school skating games, the humour is mostly in the fact that you’ll see a character’s knees twisted 170 degrees in the wrong orientation while flying through the air before landing on a guard rail and snapping their spine in a way that should not be as funny as it actually is. Though this comparison on Steam is valid, it forgets that there has to be a game in amongst all the stupid ragdoll humour. With the skating games players could still try to perfect their 720s, and the ragdoll would be a consolation prize for screwing up. Here there’s no real goal. 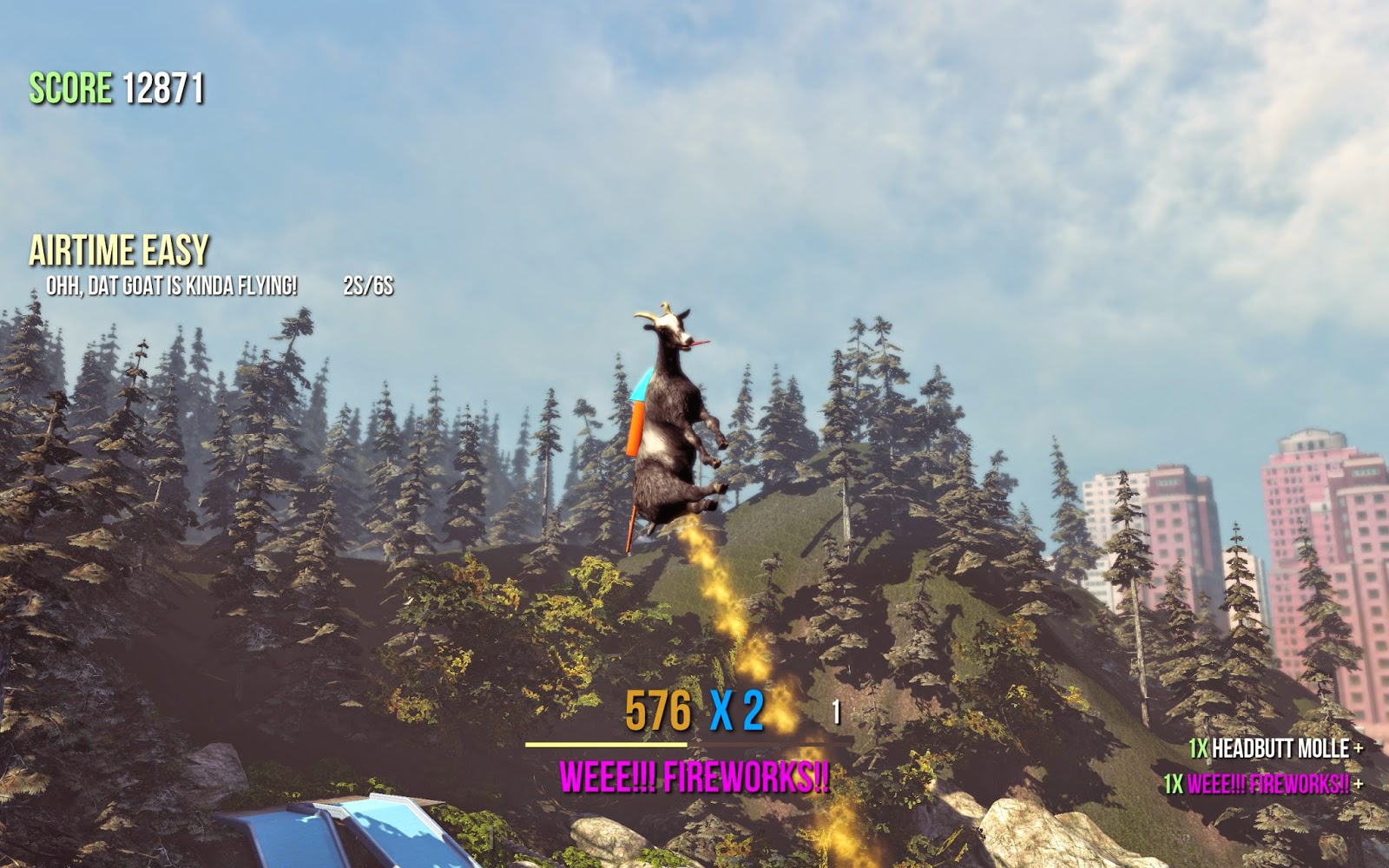 At its current point Goat Simulator is sorely lacking in any kind of content beyond the actual joke. The map can be sprinted from one side to the other in less than a minute; an utterly tiny sandbox to be sure. I managed to exhaust everything there is to do in just under three hours with no guide, and I slogged on, looking for more content, but alas there was none. I won’t spoil anything, but there are a few secret areas, and I even found them pretty quickly. To be fair to it, I got a good half hour of roll-on-the-floor style humour out of it, but the novelty quickly wore off. My own personal loose rule of thumb for value is that if a game gives me an hour of fun for each dollar, it’s money well spent. Here, it’s not money well spent at all. To quote the Steam page again: “Disclaimer: Goat Simulator is a completely stupid game and, to be honest, you should probably spend your money on something else, such as a hula hoop, a pile of bricks, or maybe pool your money together with your friends and buy a real goat.”

You know there’s an issue when even the developers warn you that they know there are better places to spend your cash. 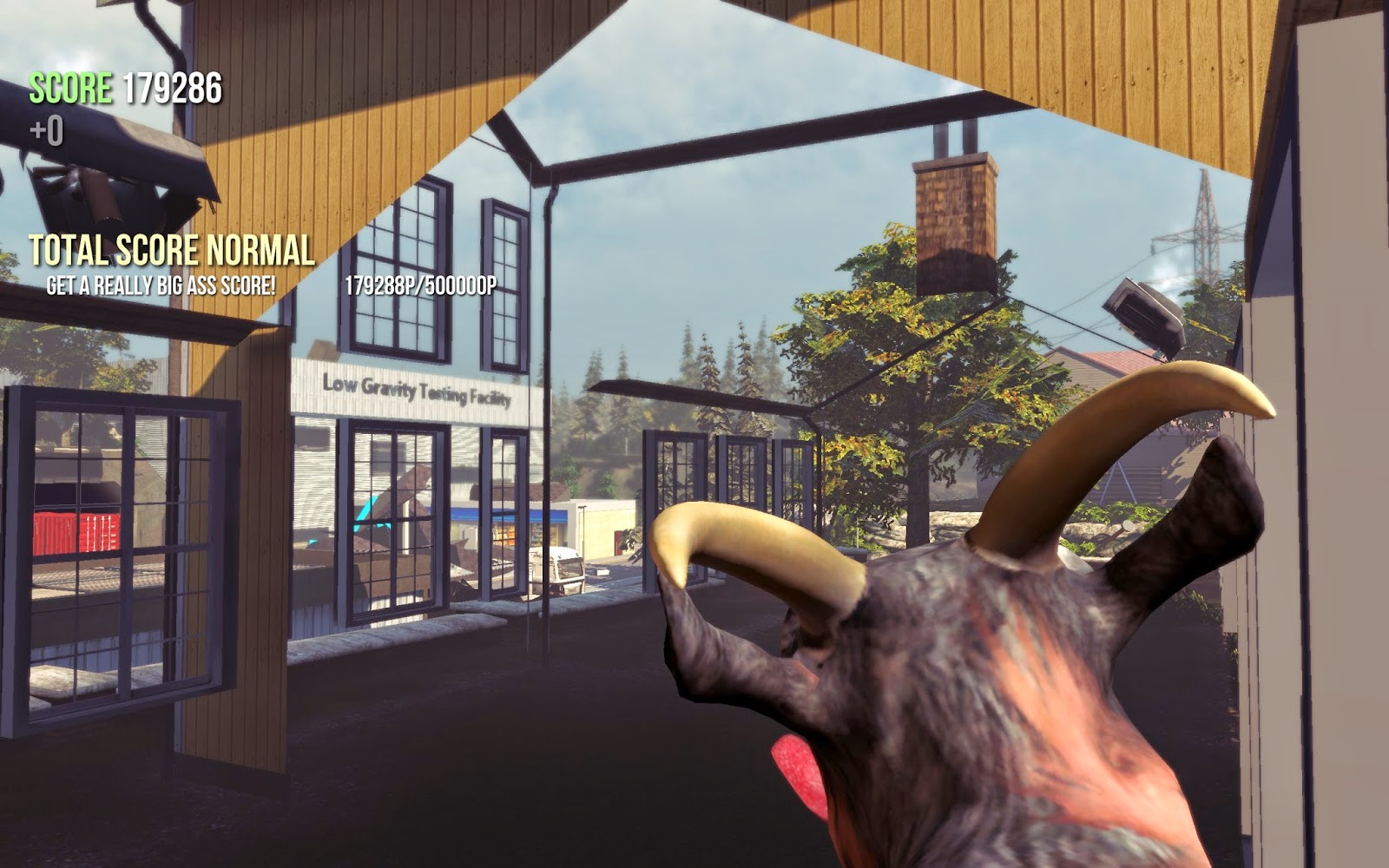 To address the lack of content, the game is connected to Steam Workshop, and the community could do some promising things, but right now it’s three pages of test maps and stupid junk. And not the good kind of stupid junk you would hope from a game called Goat Simulator. The developers have been discussing a possibility of free DLC, but we will need to wait and see if it manages to expand on what’s here.

At this present point in time, Goat Simulator is simply not worth it, even for the novelty value. I imagine some of the sillier YouTubers could get some fun out of it, and for the rest of us that will probably be the better way to experience the extreme silliness of the concept. But I need to underscore; it’s just not worth it. You are way better off picking up Garry’s Mod for $2.50 at the next Steam sale and importing a goat into it and shooting things into it with a gravity gun.