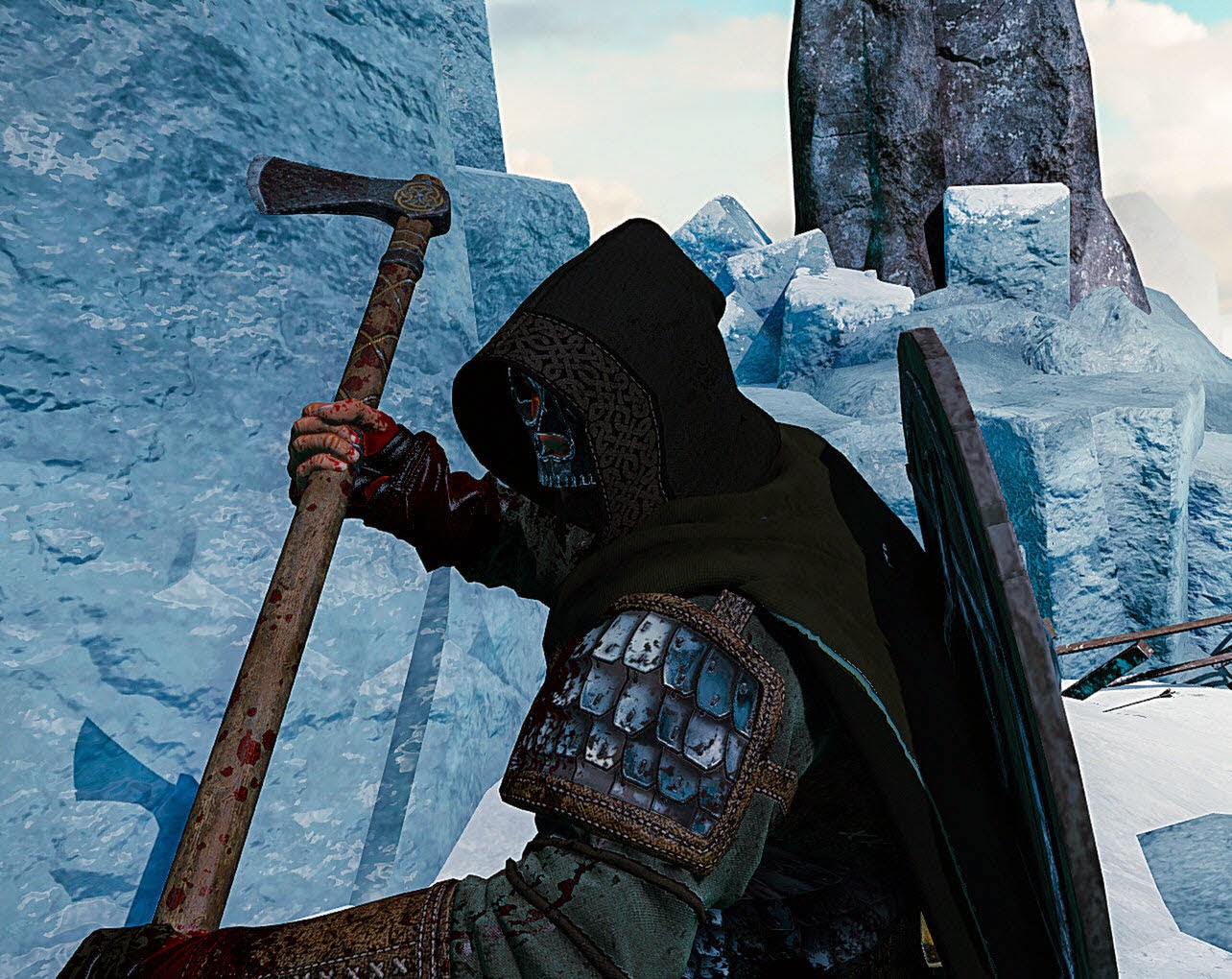 Everything about War of the Vikings feels like success comes down to a combination of strategy and finding a rhythm. That might sound odd for a game where players are tasked with bludgeoning one another to death, but the mix actually works very well and gives you a variety of ways to play the game.

This is a multiplayer-only experience that can be difficult to get the hang of initially, but becomes more rewarding with time.

This title is a sort of spiritual successor to War of the Roses, a game that I spent a lot of time with when it was released and generally enjoyed despite some of its warts. War of the Vikings follows in its vein and shares some similarities with the popular genre of online shooters. There are competitive goals (Arena, Conquest and Team Deathmatch modes) and some unlockable content as you play the game and progress the character. The difference to the aforementioned shooters is that instead of hair trigger reflexes, the combat in War of the Vikings is melee orientated and relies on a specific kind of timing to parries, dodges and strikes. The mouse controls can be difficult to get used to, and there is no controller support unfortunately, because I think this is a game that would really feel much more at home with a controller in my hand.

It is impossible not to compare War of the Vikings to its predecessor, and while you would hope that a new game in that series would be nothing but improvements, that is not the case here. But that’s not to say there are no improvements; combat feels tighter and more strategic for instance due to the inclusion of a stamina bar. Running around with the weapon drawn prepared for instant combat was the norm in War of the Roses, but here doing so will tire the character and leave them unable to land an effective blow. Weapons have a satisfying weight to them, especially when making contact with with the enemy. This makes the blocks and dodges particularly important because a couple of good swings might be all it takes to become incapacitated. 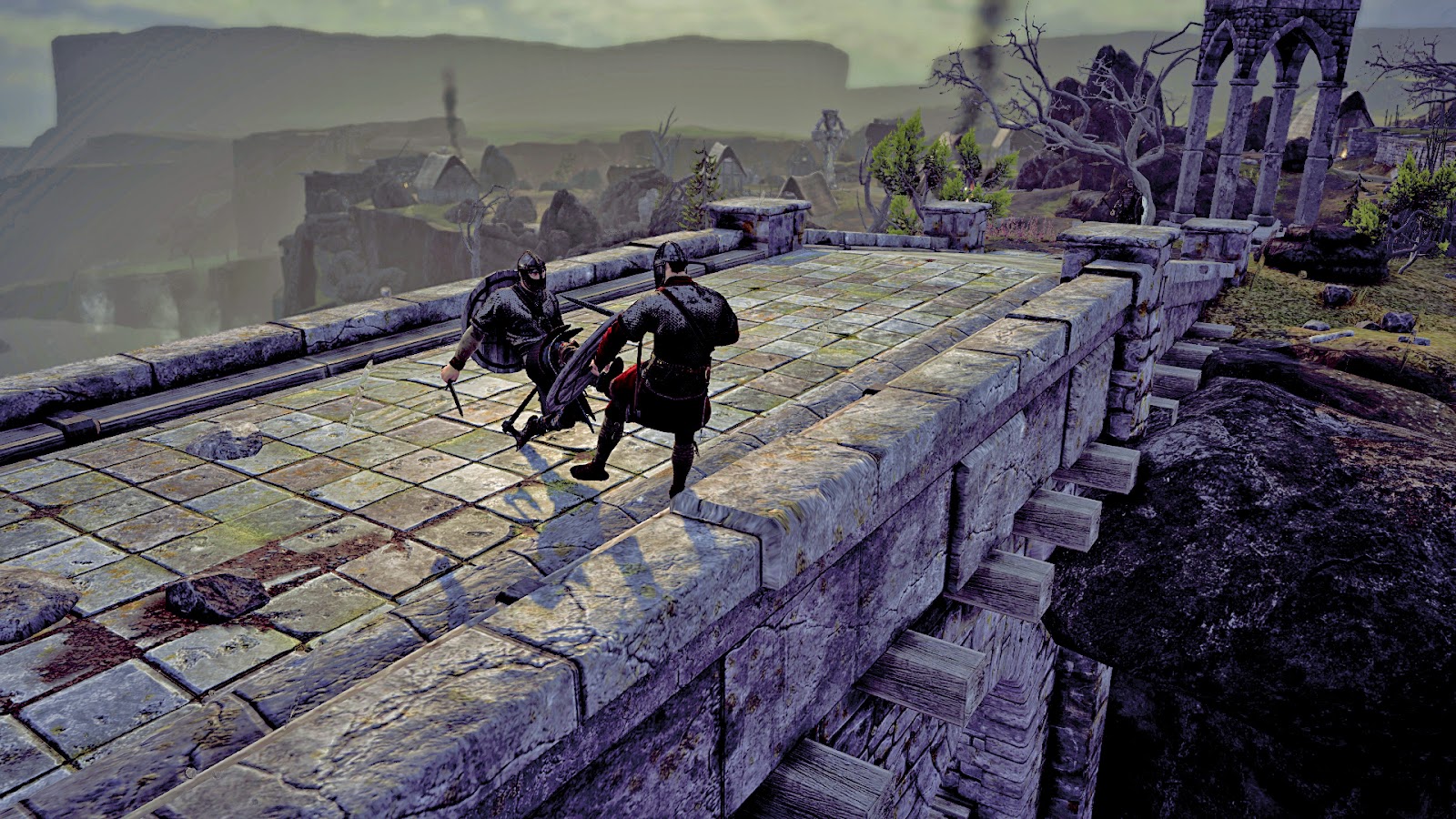 This system is complex to master and requires a good deal of practice to get the hang of, and unfortunately just as War of the Roses let me down with its tutorial, once again War of the Vikings does not feel like its training section properly prepared me for the carnage ahead. I actually found it quicker to learn the ropes by memorising the key commands and throw my character headlong into battle. He died a lot, but that was going to happen anyway. There is nowhere to hide in these maps, so combat was a real trial by fire.

There are ranged mechanics at play as well, and one of the more interesting aspects to the game is how different that feels. I always enjoy the ranged combat in shooters and will nearly always choose the sniper class. Here however, archery is considerably less satisfying than the melee combat. At first the combat looks insane and chaotic as people mill about fighting one another, but once you grow familiar with the game’s various tactics, a strange kind of team strategy starts to appear out of the chaos and you’ll start to understand better how to work in the team.

The servers still feel like they are struggling to keep up, though it is getting better. Latency was a big issue early after the game’s launch, and I have still seen it pop up in some of the larger battles. For an online-only game, any latency is going to directly impact on the quality of the experience. 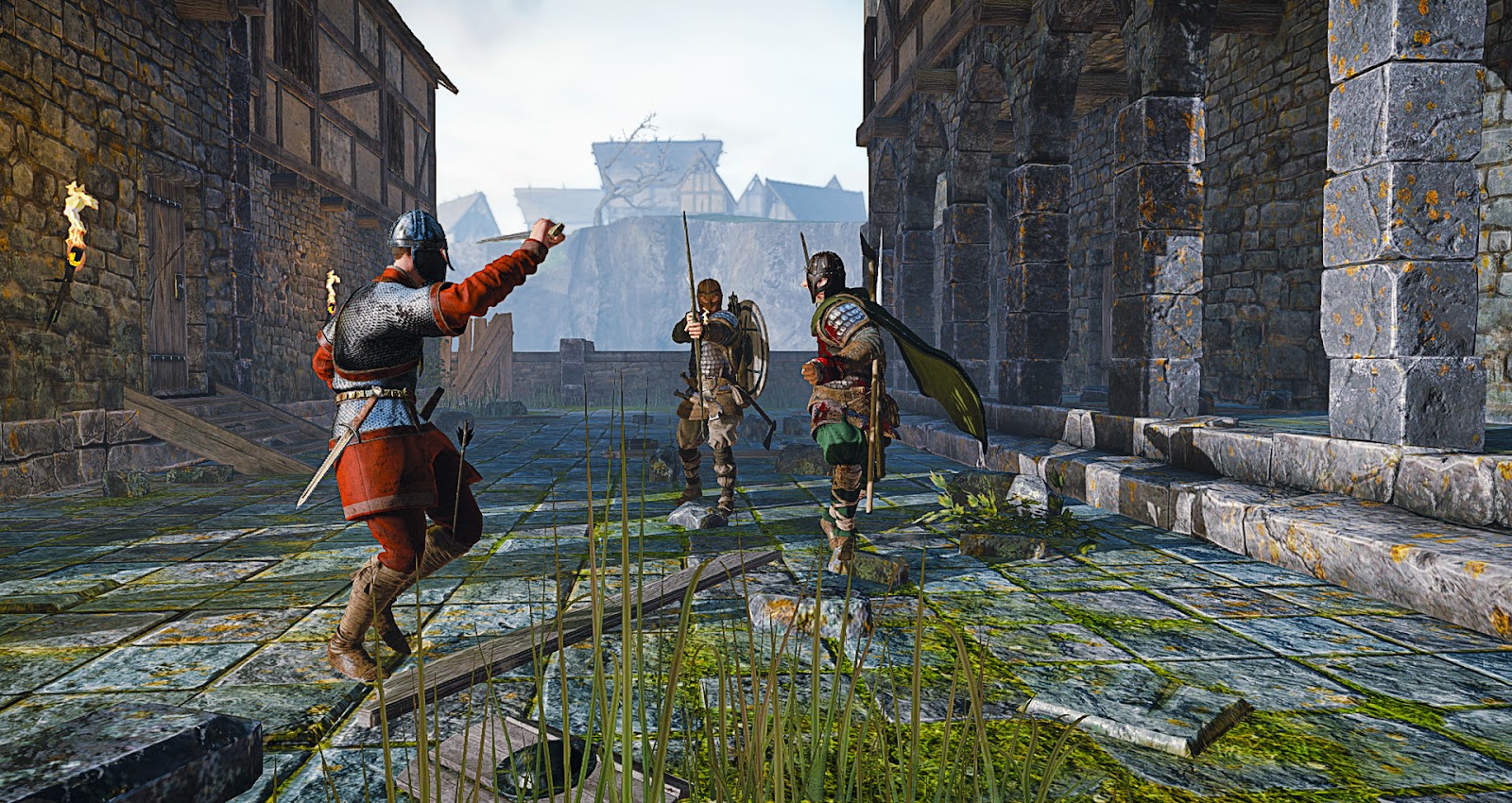 My biggest complaint about War of the Vikings however, is that in an effort to find greater balance in the game, there are fewer progression hooks than in other combat games. War of the Roses had a very lengthy, deep list of unlockable weapons and customisations that impacted combat performance. Certainly it favoured veteran players who had unlocked everything, but it also kept you wanting to play so you could unlock and customise more content. In War of the Vikings it is clear that balance was a key goal, and that even new fighters feel like they have a fighting chance, and while the game does feel better balanced it also leaves the game lacking in replay value for those who like to feel like they’re earning something while they play.

I enjoy multiplayer combat games, but my primary reason for sticking with them more than ten or fifteen minutes at a time are the progression based unlockables. The few perks and weapons found here are interesting enough when you get them, but I would like to have seen more meat in this system with some really cool unlocks that would really have me coming back for more.

In War of the Vikings perks and weapons can be earned pretty quickly – about a half dozen hours is all. The differences in weaponry is simply cosmetic. This means that while your fighter might not look like the guy across from him, there is a good chance that they are statistically almost the same. This certainly makes War of the Vikings more of a skill-based game, which is good to a point, but with only three modes and only so many maps, the experience starts to feel rather repetitive. The maps all look really pretty, but with so little to do on them and so little true variety in characters (there are only five weapon types: two-handed axe, axe, spear, sword and bow), I feel like there is a bit less incentive to play War of the Vikings over War of the Roses currently. It is certainly not a bad game, but it feels like War of the Vikings has room to grow, and is currently not as much of an advancement over the last game as I would have liked.

Reach me by email at: nickh@digitallydownloaded.net
Sign up for our weekly newsletter! Exclusive content to your inbox!