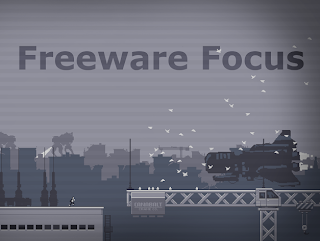 Rewind back a few years and tell most anyone that indie games would be earning the same respect and attention as the biggest blockbusters, and they would most likely laugh in your face. Yet, the unthinkable happened and titles like Braid, Limbo, and Bastion are well-known titles by almost anyone with an Internet connection. Indie games have always been a haven of sorts for the retro, creative and the experimental side of gaming that’s often times atypical of the mainstream games found on retail shelves.

Undercroft might have started its life off as a paid app on the iOS Marketplace, but it’s absolutely free today. It’s one of the best apps on the marketplace and entirely worthy of anyone’s time. Coming from the talented team at Jagex Games Studio – the same team who brought the wildly popular RuneScape to life – Undercroft harkens back to the days of old, bringing forth an old-school first-person turn-based RPG dungeon crawler game play style that’s sure to scratch any genre fans itch. 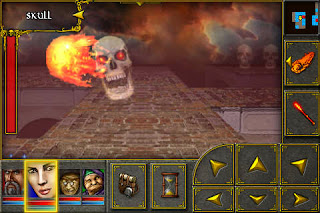 With notable titles in the genre that many assumed would die creeping up over the past few years (i.e. Legend of Grimrock, Paper Sorcerer, Might and Magic X), maybe you’ve wondered what these games are all about, and haven’t wanted to take the risk? Tile-based RPG titles are not a norm in this modern age of the industry and when gamers today think of “old-school” and “hardcore” games, to many these games are instantly near inaccessible due to the extreme difficulty in their game play. Undercroft is a solid entry point for today’s gamers, as it does a superb job of easing the player into the world and its unique play style.

True to its name, Undercroft not only finds its world filled with dank dungeons and cellars to cut down nasty beast and zombified corpses in, but it also features a large over world – broken down into six maps – to explore as well. Each map offers numerous side quests to gain extra loot and experience for your team of warriors, and full completion will set you around the 20 hour mark. Healing and Mana items are aplenty, and the majority of the puzzles in the dungeons are relatively easy to work you way around. Levelling your team is where a lot of fun is to be had in the game: Summoners can turn themselves into powerful beast or bring corpses back from the dead as an additional ally for the team, Assassins can silently skip tiles for deadly back stabs or become excelled archers, etc.. Balanced levelling here is not encouraged, as the latter part of the game is true to its genre roots in terms of difficulty.

Jagex is to be commended for its fantastic job bringing Undercroft to life both visually and audibly. The pixellated graphics have a nice coat of polish added that finds a mix of new age visual smoothness, while still retaining that classic old-school appeal; little touches like drifting snowflakes and background lightning effects only immerse you ever deeper into its world. The game’s soundtrack is unexpectedly great for the genre: brooding orchestral beats increase the tension of ghost filled dungeons and the opening tune will have you dreaming of bards, ale and bar fights, which just happens to be where you’ll find yourself first past the New Game screen.

Undercroft is a game that shouldn’t be freeware, really. Yet, Jagex Game Studios has opted to simply offer its game to the world for its enjoyment now that it’s a little older and people are no longer buying it. Whether you’re an old-school dungeon crawling veteran or just looking to get your hands wet for the very first time, Undercroft is an essential download for anyone with an iPhone.

Review: War of the Vikings (PC)