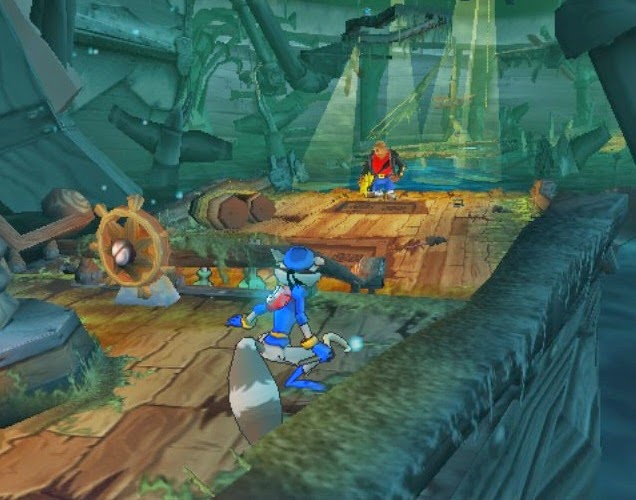 The first game, originally released way back in 2002, sees Sly Cooper and his partners Bently and Murray attempt to recover the pages from a family heirloom known as the Theevius Raccoonus. In the second game, Band of Thieves, Sly and his partners try to steal back missing parts of Clockwerk, the main villain from the previous game. To round out this package, in Honor Among Thieves it’s all about recruiting as many thieves as possible to unlock the safe that contains the Cooper family treasure.

(If you can’t get enough Sly action, then after finishing up with this collection, perhaps you should consider the sequel as well)

The most interesting aspect of the trilogy is being able to see how the series has evolved over the three games. In all three games, the levels are divided into episodes, which are presented like the through the use of cartoon-style title cards. Each episode tells a different part to the story, and introduces a new environment to play around in. So the games do identifiably belong to the same series, but as is often the case the first game is the weakest of the collection. In this game a handful of levels are connected to one another through a lifeless hub world. 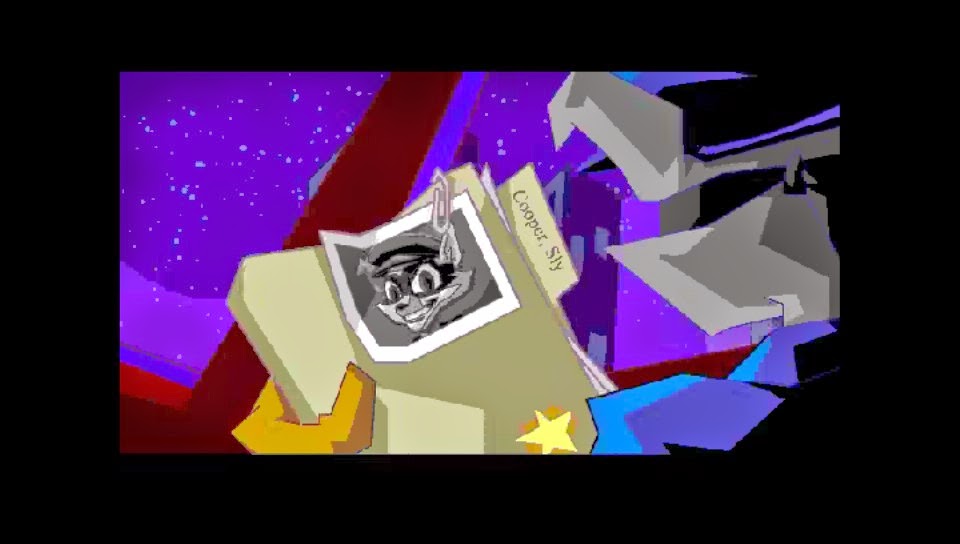 Both Band of Thieves and Honour Among Heroes are improvements for the series. In these games each episode has one huge hub world. It’s within this hub world that players can go on missions. Fundamentally, it’s still presented in the same way as the first game, but the added energy to the hub worlds and the seamlessness of entering missions makes it much more enjoyable.

All three games are very similar in gameplay terms. Each mission sees you aiming to collect something that will help you progress further throughout the game. There is quite a focus on stealth, and the game encourages players to go completely undetected, as it takes only a few hits for Sly to be knocked out. Although most of the levels are quite linear, the platforming sections are quite enjoyable. Moving platforms, well timed jumps and tightrope walking all combine to create a series of well constructed, classic platformer level design. 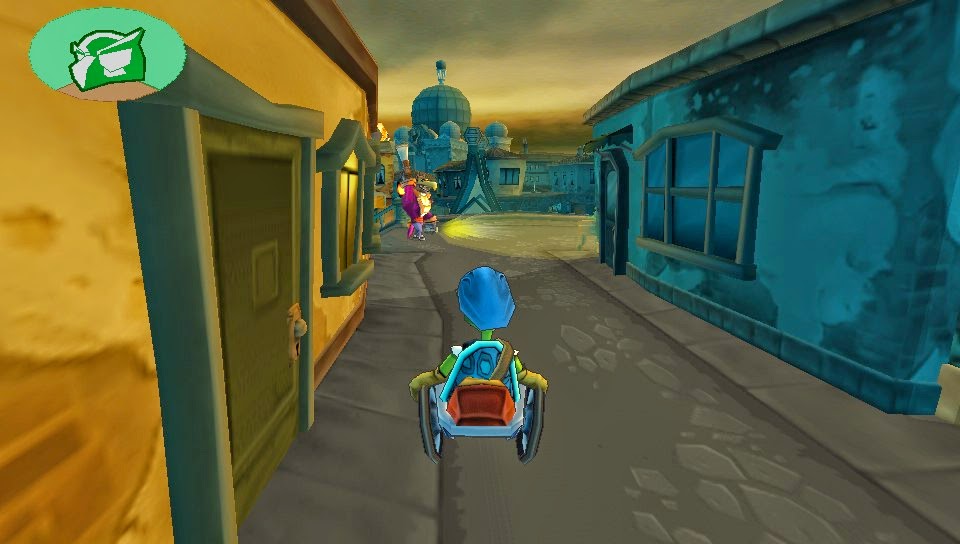 While the Vita version of this collection is presented beautifully, it’s worth noting that it does suffer through all three games. The animated cutscenes have been compressed poorly, and the audio files are quite often difficult to clearly understand. With subtitles only appearing in selected moments, I often lost what could have been very important information, and I was playing with headphones, so mercy be to the person relying on the Vita’s own speakers.

Another slight issue is the compromises that the developers needed to make so that the game can play on the Vita hardware. To rectify the loss of a few buttons on the Vita layout (i.e. the second shoulder button) the front and rear touchpad are used to operate the camera and waypoints command respectively in the second and third games. While the rear touchpad is responsive enough, the front screen often needs to be pressed multiple times for the game to register the action. It should be also noted that the trilogy comes in two parts, the first two games are bundled in the same application, whilst the third is by itself, so you’ll need to make multiple downloads to play all three games.

The Sly Trilogy is still a very good collection and if you can ignore the slight issues with the compressed videos and sound, you will have a wonderful time. It all comes down to where you want to play the game. The individual missions themselves aren’t that long so you can play for a small amount of time if you’re on public transport. If you want the game presented on a larger screen and would prefer crisp videos, go for the console version. Either way you will have lots of fun.