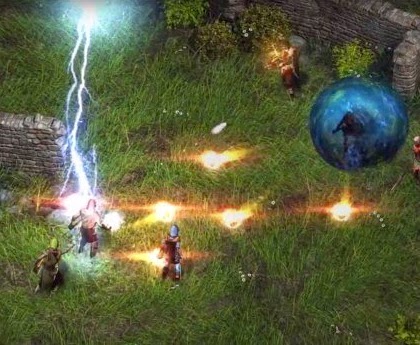 Obsidian’s upcoming RPG, Pillars of Eternity, will be published by Paradox in what should be one of the best unions since someone came up with the idea of adding chocolate and milk together.

Pillars of Eternity is the game that raised nearly $4 million through Kickstarter, and is a spiritual sequel to the likes of Planescape: Torment, Icewind Dale and Baldur’s Gate. In other words, it’s the game that many of us who have been playing RPGs for far too long can’t wait to try out.

Under the arrangement, Paradox will handle all marketing and distribution of the game, and this will free up Obsidian to work on producing the game, rather than marketing it.

In a FAQ Obsidian seems overly eager to assure those that backed the project on Kickstarter that Paradox’s role will exclusively be to promote the game. There has been no change of IP rights (Obsidian retains them), and Paradox will not be supporting the game financially or creatively. So Kickstarter backers need not worry there.

Fingers crossed Paradox’s marketing machine can give the game enough of a boost that it becomes a franchise.

Making a beautiful game: Child of Light has a new trailer