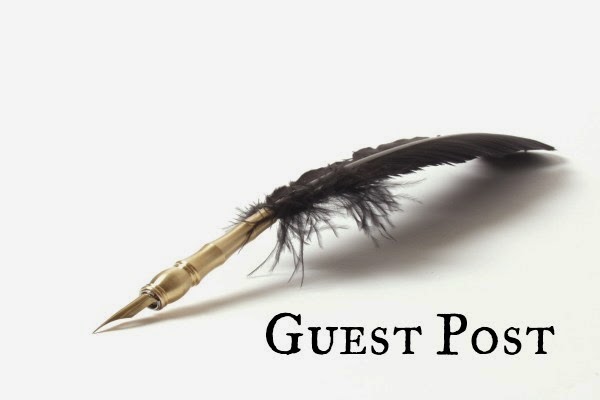 Developer columns are articles penned directly by a developer, and published verbatim at Digitally Downloaded. These columns cover all kinds of themes around the creation of games and the business of selling them.

Today’s column comes to us from Troy Bellchambers, the art director at an independent developer, {2x}3, a company made up of both Australian and American developers.

The team is busily working on the Double Happy Rabbits franchise, a media franchise that will include animations, games, and comics. In this column, Bellchambers shares his process for creating a logo for the franchise.

It is often said that designing logos for your own projects or company is the hardest, and I tend to agree with that. The Double Happy logo also has some unique challenges. The brief is to create a strong iconic logo that incorporates the two rabbits, the pink and blue colouring and a reference to The Infinite Sadness. The logo will need to be suitable for delivery on multiple platforms and a version of it will need to work at a smaller resolution in terms of legibility.

Stage 01 Shotgun Approach
Regardless of 20+ years of logo design I still always start the process by doing some R & D. These are some of the logos I grabbed in my reference folder to kick things off. We are really looking for a logo that is based on narrative but ultimately is a strong graphic icon that has strong read in its simplicity. 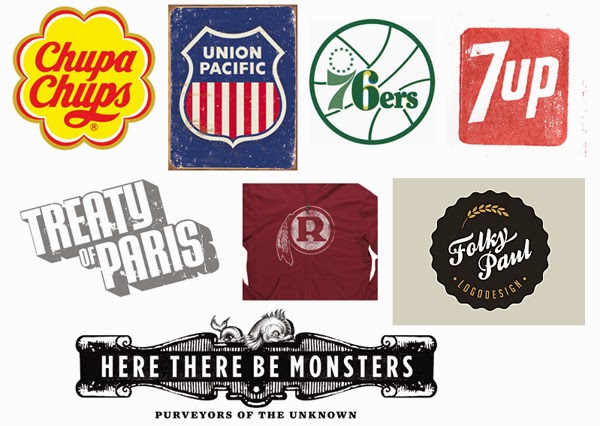 In our early development phase we discovered the Double Happiness symbol of Chinese culture and wanted to pay homage to/hint at it in our design. Double Happiness (simplified chinese) 双喜; traditional Chinese: 雙喜; pinyin: shuāngxǐ; sometimes translated as Double Joy or Double Happy) is a Chinese ornamental design commonly used as a decoration. The Double Happy (Double Happiness) symbol 囍 composed of two repeated Chinese characters 喜 (xǐ, ‘joy’), compressed to assume the square shape of a standard Chinese character, (much like a real character may consist of two parts) and often modified in various ways.

The shuāngxǐ motif often appears on decorative items associated with Chinese New Year celebrations and weddings, the latter of the two is often found all over the wedding ceremony, as well as on gift items given to the bride and groom. The colour of the character is usually red, occasionally black or gold. Below you can see the first versions of the Double Happiness logo translated into Double Happy logo concepts. 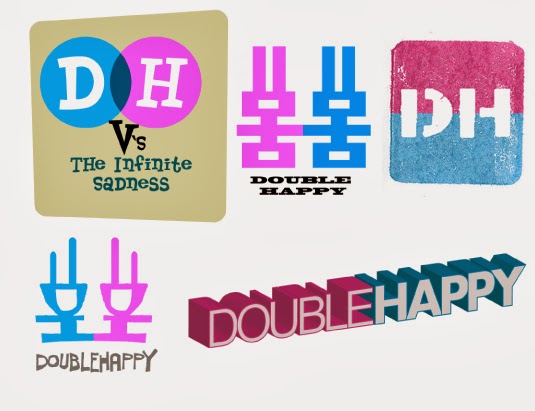 I took the retro concept from the previous round (above) and explored this further. I drew influence from 1950’s tv iconography and the similar style employed by the Spumco creations of John K. (add his great blog to your list Johnkstuff.blogspot.com). The drop shapes were influenced by a billboard on my way home that was advertising iced tea… or juice maybe. It pays to have a small sketchbook on you at all times! It also pays to pull over. Although these designs were capturing some of the retro part of the property they are a bit fun and limited in terms of the epic adventure component, so we needed to go more iconic and serious from here. 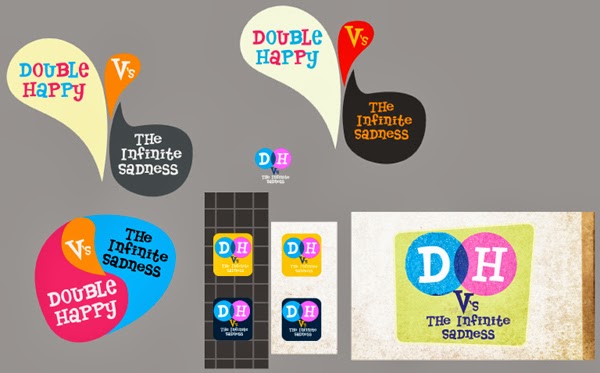 I also explored some more abstract and serious shape based logos in Adobe Illustrator. I was happy with a few of these but felt like they were probably more suited to the next Winter Olympics than for Double Happy. 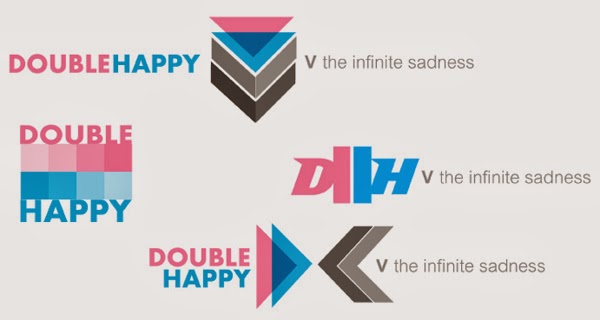 The second row image on the right with the joining of two halves of a the rabbits to form a vertical DH acronym had the best feedback so far so explored this further. We quite liked the DH logo middle left and the variations above and top left but they gave me flashbacks to my high school years and what for a while was the coolest brand name to be wearing; Helly Hansen. 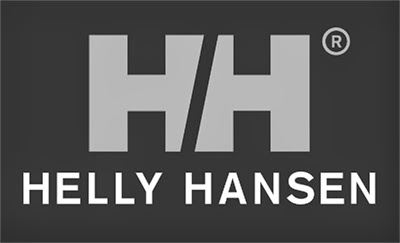 After my brief high school flashback we took stock of what was working and generally felt more exploration was needed around the stylised rabbit forms particularly in the two halves format and we needed to lock in our pink and blue colour values which to date had been mostly cyan and magenta. We also still had a serious lack of Infinite Sadness representation in the logo designs so plenty to work on in the next phase.
Having created the vertical acronym version we now thought it might be a good idea to explore whether a custom font treatment could be made for the full Double Happy word. I have also begun to explore the addition of The Infinite Sadness as a variable grey form behind the symbol. By changing this we could help convey the many forms in which The Infinite Sadness could materialise. 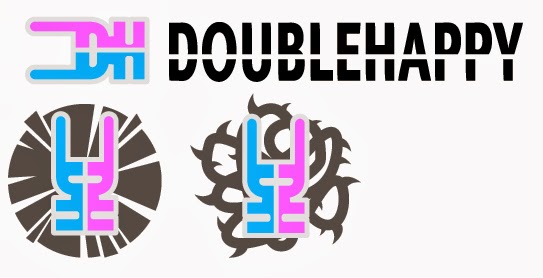 We felt that having only curves made this a bit too bubbly and felt very young…the pastel pink and blue was not helping here. I stated to work back into this adding some hard edges to offset some on the roundness and also began looking at whether we could use less pastels versions of the pink and blue. Fairly confident that a solution would be found for the custom type (the example below is definitely not it) I returned exploring the symbol with a roundel or rounded rectangle and tried the idea of the abstract Infinite Sadness shape behind. The grey was generally better received that the marigold and acid green versions.

Having established that the grey would be more suitable for The Infinite Sadness it was time to bust out a heap of variations the background shape. 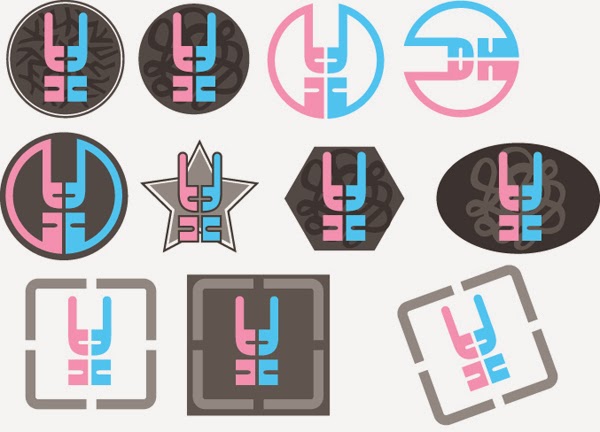 The circular versions were preferred and we decided the dark grey alone could represent The Infinite Sadness to maintain a crisp design and uncomplicated read of the key split symbol. A bit of back and forth on the final colours.
It was decided by all that we had found the Double Happy logo. 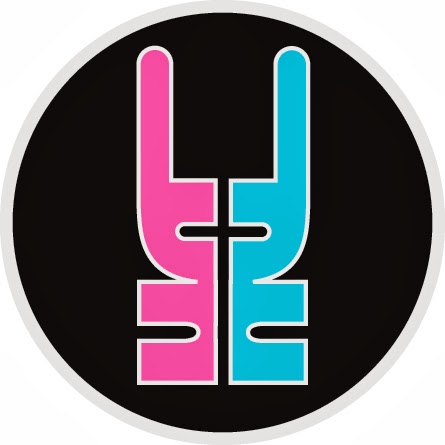 Below is the final banner design that brings all the branding together with our artists’ examples of the possible worlds and art styles of the Double Happy Universe.