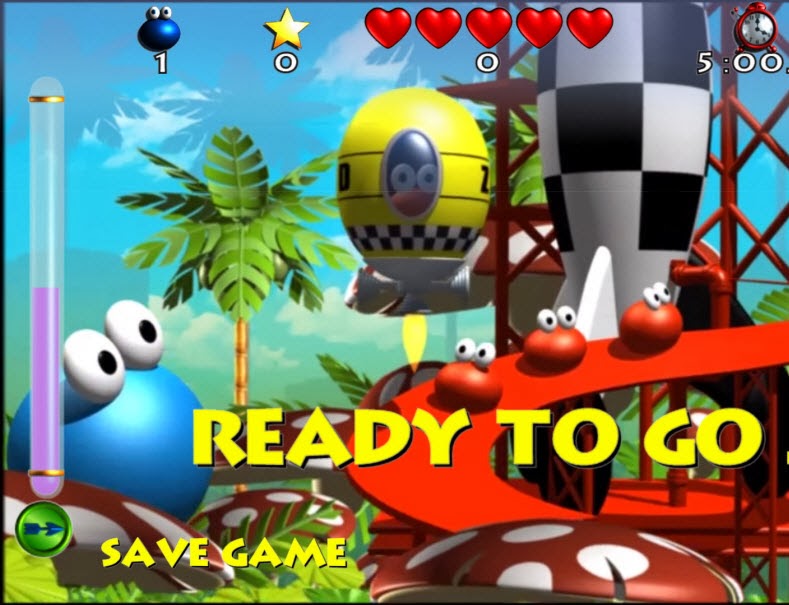 Putty Squad is an interesting mishmash of ideas that come together early to create a different kind of platforming experience, but one that may not be suited to everyone. The hero of this game, Putty, is a little blue blob who can jump, float, punch and more as he moves around levels in search of red blobs he can absorb in order to open up the door that exits each level.

There is little in the way of a story here as this is a re-imagining of an old SNES title that released back in 1994. I never played it back then, but it would have felt both out of place and refreshingly different I imagine, because here Putty is less about speed and more about navigation. Games like Mario and Sonic generally pushed players into going fast, with a mostly left to right scroll and some minimal vertical components. But this? This, judging from its remake, would have been something different.

Putty Squad today certainly looks and sounds the part, with a chirpy retro soundtrack and bright, colourful visuals that immediately caught my youngest daughter’s eye. She enjoys platforming titles like Sonic, but also appreciates ones that sometimes take things a little more slowly like LittleBigPlanet. Putty Squad does drop you into levels against a timer that does eventually expire, but it was almost never a major concern. I was usually more worried about my health than the time ticking away, but thankfully Putty is a pretty durable little guy who has ample opportunities to improve his attacks and regain health as he bounces around the levels. 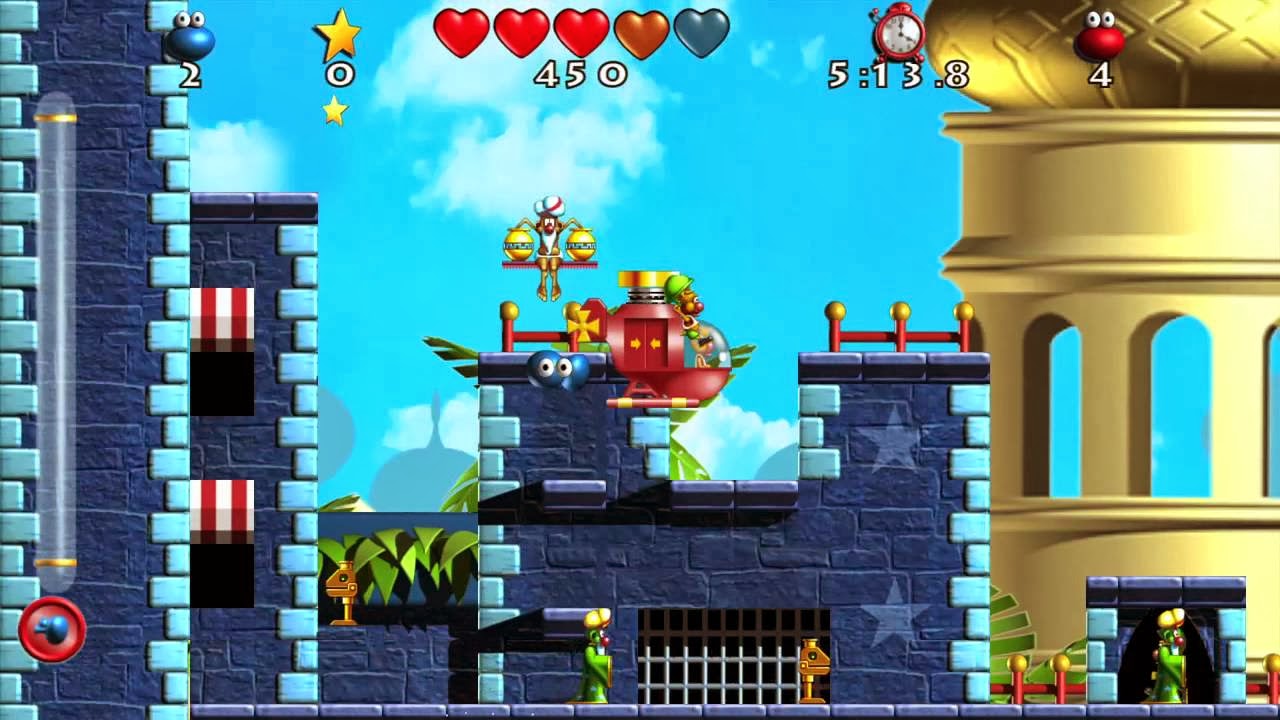 The stage design leaves a bit to be desired at times. While I actually enjoyed the visuals sometimes enemies could get a bit lost amidst the backgrounds. Coupled with the the game’s penchant for throwing a lot of enemies at you at once, it’s easy to get walloped by stuff you can’t really see, and that’s frustrating. Thankfully our hero is not a one hit wonder, and the game is generally quite easy, but in this generation of gameplay we should not be experiencing such pedestrian design errors.

Because of the slower pacing of Putty Squad, the platforming also becomes quite pedestrian and repetitive, despite the wide assortment of tools at Putty’s disposal. The little fellow has the ability to punch to the left or right, the ability to stretch through walls, floors and ceilings and my personal favourite, Putty’s ability to puff up and float like a balloon all add up to a wide assortment of tools that initially make the game feel really unique. At first, all of this is very charming, and it feels like the developers have at their hands adequate tools to create complex, enjoyable gameplay. Over time however, these abilities do lose a little lustre and it’s disappointing to think that the level designers failed to take full advantage of the tools provided to them.

I think if the level designs themselves were a bit more creative, I would have had a more fun with the game in general. There is a handy map button that lets you see the layout, but the purpose of every level is to space out the red blobs all across the level. Collect the last one, and a door pops up in a predetermined location. Along the way you can collect stickers, which are added to a book between levels. This and unlocking new levels does give you plenty of content to play through, though it is seldom challenging. The aforementioned health bar that can be replenished and the lack of emphasis on perfectly-timed speed jumps takes a lot of the potential peril out of Putty’s adventure. 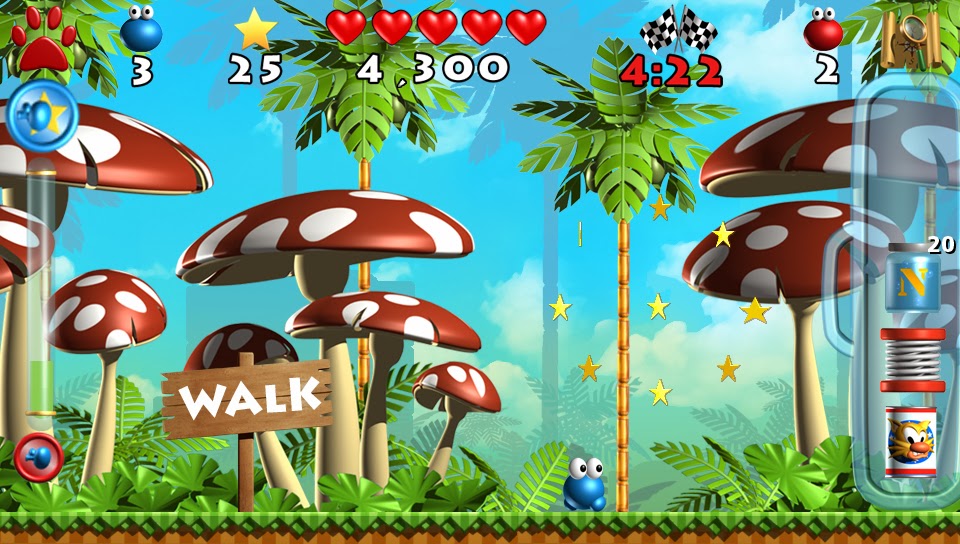 There is a Challenge Mode to the levels that you can unlock, giving you medals you strive for by completing specific goals. If you find Putty’s formula of slower paced platforming to your liking, the Challenge Mode gives players a good reason to come back for more.

Putty Squad is not a bad game, and with the relative lack of titles currently released on the PlayStation 4 it does fill something of a void. Still, platforming enthusiasts with PlayStation 4s do have access to Rayman Legends, rendering it rather pointless to grab Putty Squad unless you’re an absolute genre purist.