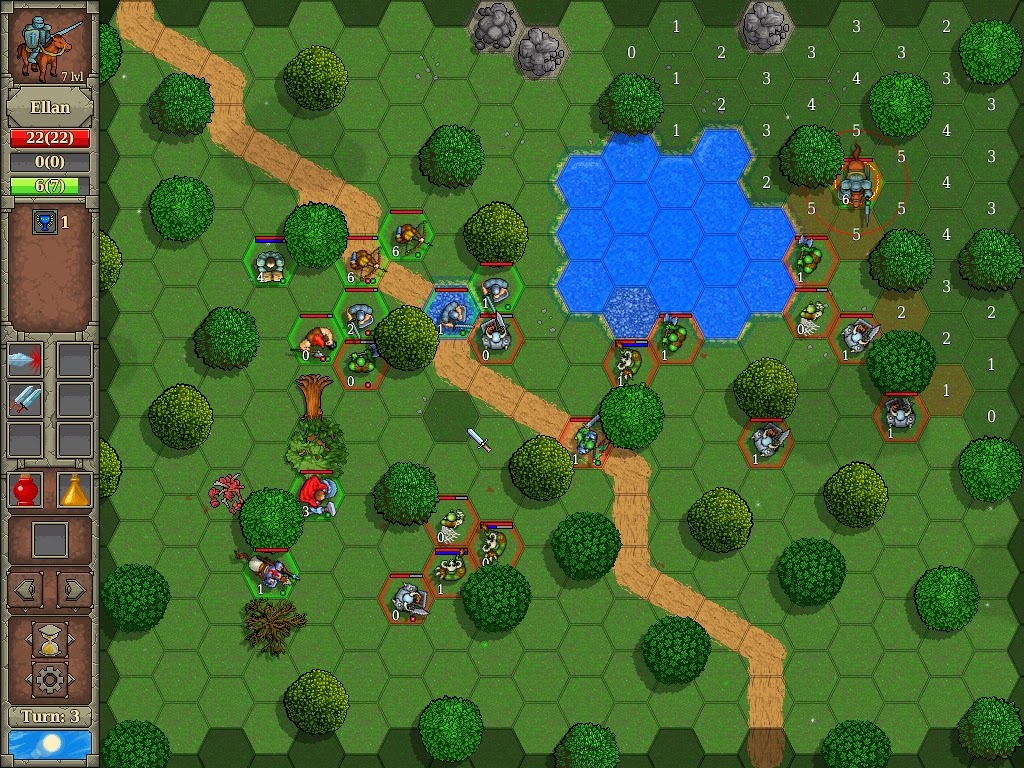 Drums of War is something I would have expected to play a decade ago. That’s not a criticism, but rather an understanding at the start of this review that I know this game isn’t going to even come close to appealing to the mass market. In fact, it’ll be lucky to find a niche audience.

Which is a pity because anyone who looks past the old-style presentation will find something that’s genuinely good fun. This is a tactics RPG, essentially, played out on a hex grid, and with plenty of combinations of units to play with. I do love my hex-based strategy games.

As a skirmish-level strategy game, players will build a small unit of fighters, and pit them against other small units of fighters. These units can all get experience levels on the battleground, with levelling up granting them improved statistics and more powerful abilities. The game is split up into a couple of campaigns, with each concluding on a reasonably difficult final battle where you’ll need as many levelled up characters as possible.

As with a game like Fire Emblem it’s possible to turn on permadeath, which helps add strategic tension when you’ve got an important character that you’ve spent hours levelling up on the verge of death. There’s also a lot more to think about in this game than the standard tactics RPG. Facing is important, for a start. A character that shows his/ her back to an enemy is going to be downed quickly. Some units fight better when in formation. Castles and fortifications provide combat bonuses, and to scale the walls you’ll need to get ladders to them. 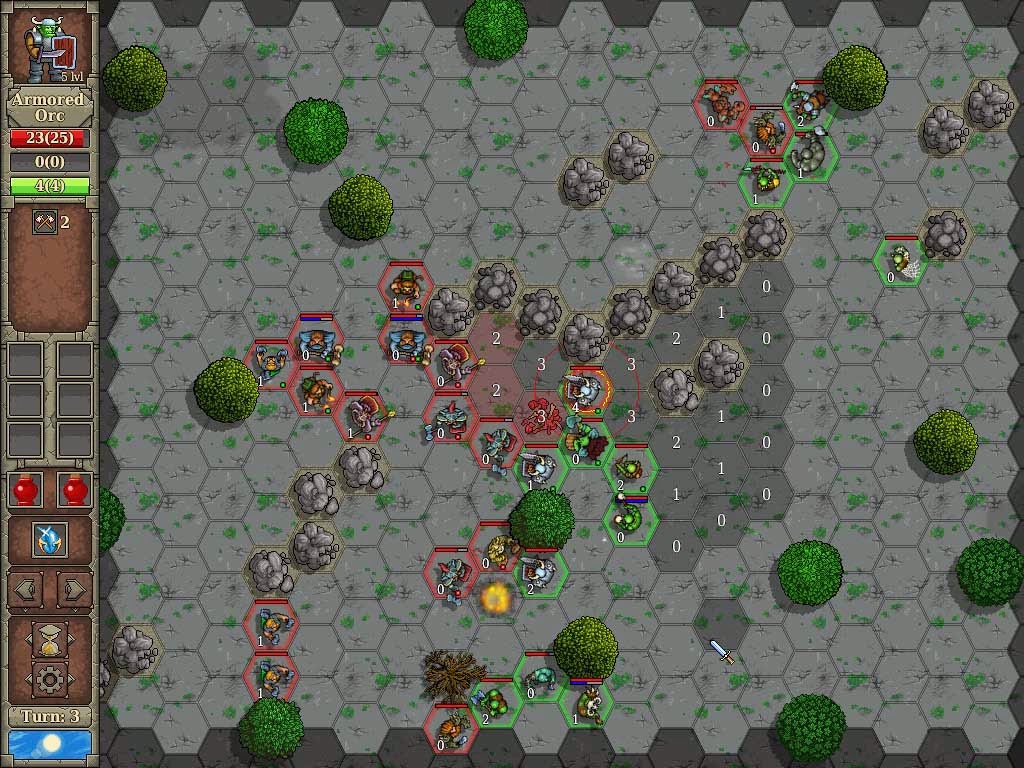 There’s a fair amount of information to track for each character, but it’s all intuitively laid out and easy to access. I never really felt like I was being hard done by the game. There were times where I felt that the random “to hit” chance for attacks was a little off; in other words I was missing attacks that the game told me had a 90 per cent probability of landing more often than probability should have let me, but then my AI opponents seemed just as hampered by some weighted virtual dice, so I felt it was an even playing field. It’s also possible to tweak the regularity of attacks connecting in the settings, if you feel the game is truly treating you poorly.

Combat itself is fairly standard for the genre; each unit has a set number of “Action Points” that can be spent on either movement or to enact special abilities. Cavalry moves more, archers are able to attack at range, and magic users have devastating spells. Because it’s possible to equip units with powerful artifacts, and there’s some control over how, exactly, units level up, there’s quite a bit of customisation available in the game that should please min/ max players, but that also stands as a warning; unless you’re an old hat at tabletop gaming you might be overwhelmed by the options available to you, and a couple of poor decisions later and you’re in an unwinnable position. I recommend players keep separate saves after each battle, so they can load an earlier mission rather than need to start the game again from scratch if they get stuck.

Drums of War looks like a tabletop board game, as viewed from top down, and minimalist animations help reinforce that aesthetic. The art style is very basic, and not always functional as it isn’t always easy to tell at a glance what kind of powers a unit might have, but with a bit of practice it all starts to make sense and it’s easy to prepare your army to take on an enemy at a glance. Levels themselves are over fairly quickly, so there’s a good pick-up-and-play vibe to the game, and hopefully Slitherine considers an iPad port somewhere down the track. 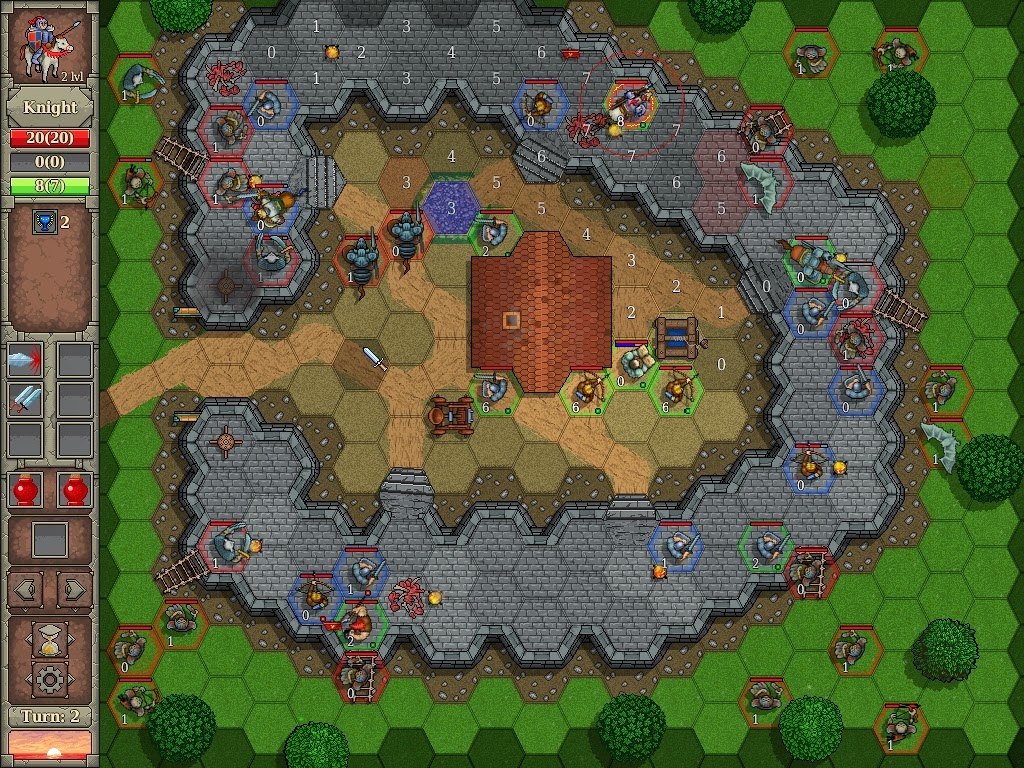 A comprehensive campaign editor, meanwhile, allows players to come up with their own narrative and scenarios, for up to 30 missions in length. The campaign editor itself is as easy to use as any I’ve ever come across, so it’s tragic that it’s impossible to easily share levels with other friends with a copy of the game. Still, it’s fun to create your own stories, and being able to make your own adventures more than compensates for the truly amateur writing that ships with the game. I’ve read fan fiction with better narrative development than what’s on offer in the game… and better grammar, too.

That nasty aside, Drums of War is a truly enjoyable fantasy strategy game that has the unfortunate disadvantage of being nearly unmarketable. For something that looks like a college project that aspiring game developers pulled together to hook its claws into you, you really do need to give it a solid couple of hour’s play first. Screenshots just don’t do this one justice.

The next Atelier game now has a name