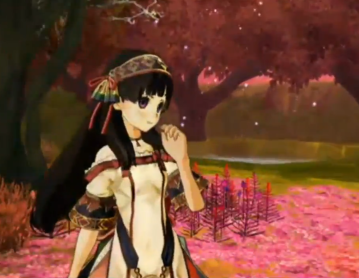 Allow me to introduce you to Atelier Shari: Alchemists of the Dusk Sea, which is to be the third game in the trilogy that kicked off with Ayesha and followed up with Escha and Logy. While we had previously written that GUST had announced the game, and now we know more details about it, as well as the names of the lead protagonists.

As with Escha and Logy, the game features dual protagonists, but in this case they’re both female. Shari is a 16-year-old, and Charlotte is an 18-year-old. Both are alchemists, and there’s a couple of new features that have been confirmed for the game. You’ll have full 360 degree control of the camera, which is a first for the series. The developer is promising that the game’s alchemy system will also be easier to understand and use, but the combat system will remain largely untouched from the previous two games.

The “Dusk” trilogy has been one that has offered up many mysteries over the previous games, so it’s going to be good to draw the threads to the conclusion. As long as GUST’s characteristic charm remains in tact, this is one game that obviously I can’t wait for.