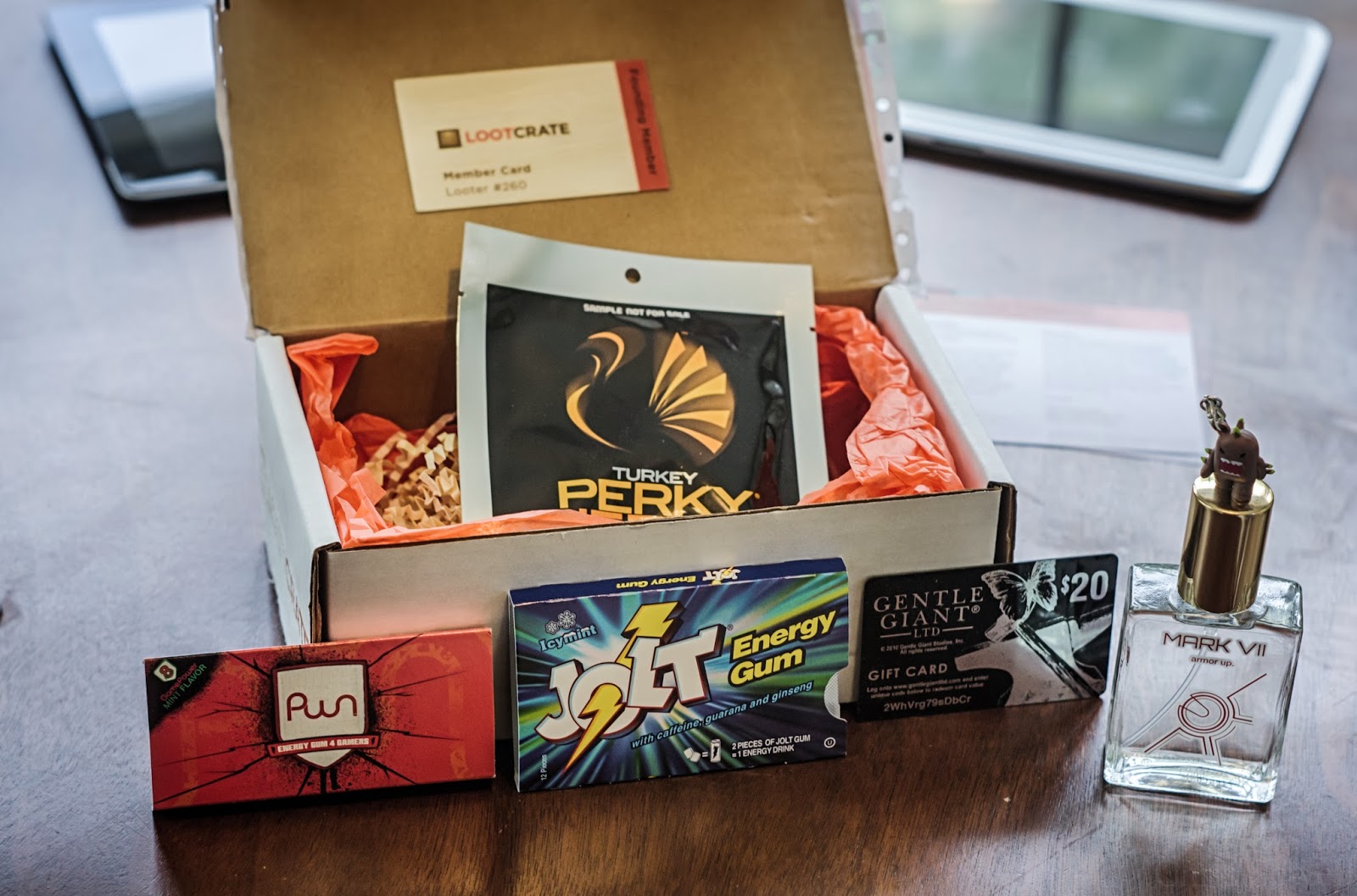 Here’s a great idea for people that like stuff. Loot Crate has been around for a couple of months now, but I just discovered it, and thought it was a neat enough idea that it was worth highlighting.

It’s a subscription service – kinda like PSPlus – only instead of getting downloadable games, you get physical stuff. We’re talking toys, collectibles, and other such geeky stuff from Star Wars, manga, comics, and so on. Current partners include DC Comics, Nintendo, and Capcom.

The subscription price remains steady, but the “loot” each month is invariably worth more than subscription. And then there’s the excitement of getting a surprise box of stuff each month – it’s like a self-bought Christmas present each month.

Fingers crossed the idea takes off, because the more this idea grows, the better the loot’s going to get.