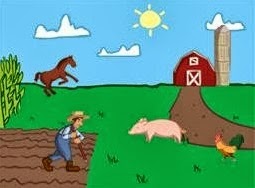 Puzzle games are common on handheld devices like the Vita or DS, and that makes perfect sense because they usually can be played in small sessions, make easy use of touch interfaces as a control option and are much less demanding on the typically small teams that craft them than a blockbuster FPS demands.

I have played more than my share of ‘match three’ puzzle games over the years, and while some like Puzzle & Dragons manage to put a fresh spin on things, it is refreshing to see something a bit different. I had never actually heard the term ‘tangrams’ before, but I like the idea of using shapes to combine and create all-new shapes. For example, you could use a pentagon and five triangles to create a star. While I didn’t know the term for it, the concept is an old one that I recall from various puzzle books as a kid, so it was with a pleasant bit of nostalgia that I had an opportunity to see how it all translates to the DS. 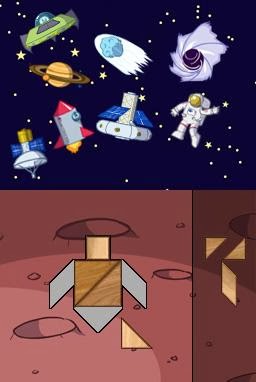 Most of the puzzles were fairly simple, especially in the early going. This is nice because it allows the gamer to learn their way around the mechanics with minimal frustration, and allows this game to be accessible even to younger puzzling fans. Some of the later puzzles do get a tricky, but those were few and far between. Despite ten themes or sets of challenges (each set comes with ten puzzles), it only takes a few hours to whip through the content.

The challenge is probably in-line with what I suspect is the target audience: children. The music is far too repetitive and painfully chipper while the graphics do absolutely nothing to impress. My son joked that the pieces looked like construction paper cut outs, which may have very well been by design given these are tangrams and all, but presentational flare is basically non-existent.

Thankfully the trial and error model here is very casual, giving younger gamers plenty of ways to try and solve the puzzles without them ever feeling like they are being punished. However, there is almost no replay value to be had here, because once you have solved a puzzle – why would you go back? There is no variance tossed in, you know the solution so you simply move on to the next one until they are all beaten.