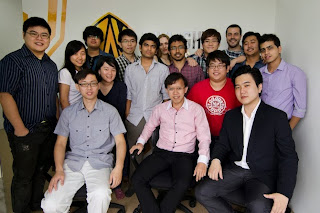 When you think of the top regions in the world for game development, you’re likely thinking of the US, Canada, the UK and Japan. Sure there’s been some other great developers pop up in other regions (Firemonkeys in Australia and CD Projekt Red in Poland, for instance), but these are somewhat isolated; a little like the folks that win the best foreign film awards at the annual academy awards.

But there’s one tiny nation that is quickly developing real prominence as a game development center. Singapore is a single city, but it enjoys a number of benefits that make it a natural fit to build up a game development studio. It’s a nation of highly skilled, English-speaking people located in the heart of South East Asia, and it enjoys a natural cultural diversity, meaning that studios can find the right people to build games for any audience around the world.

Recognising the value of setting up a studio in Singapore, the likes of Tecmo Koei and Ubisoft have been steadily building up a presence in the city in recent years, and entreprenurial young development studios have sprung up at the same time to take advantage of mobile development and the like. One of these young studios is Daylight Studios, which has produced mobile studios such as Conquest Age and Spirit Horizon, which have been incredibly popular in South East Asia. We sat down with the CEO of Daylight Studios, Don Sim (picture: bottom right), to have a chat about the development climate in Singapore, the business of running a small independent studio, and some of the plans for the company into the future.

DD: Singapore is becoming something of a hub for game development studios, and some of the largest publishers such as Ubisoft and Tecmo Koei have opened Singapore offices. Why is the city proving so attractive for game development?
DS: Singapore is one of the best cities for game development simply because of the high quality manpower available here. We have seen some of the top talents from the S.E. Asian region swarm into Singapore for the higher salaries and opportunities. Singapore is also a great business gateway for connecting people from the east and west. Most people in Singapore speak and/or understand English so communication is not a barrier. In addition, the level of safety on the streets and wonderful cultural diversity allows for great liveability. Singapore is a very globalised city so food, music and other forms of entertainment are plentiful and no matter what your tastebuds are looking for, chances are, we will have something that fits your need. 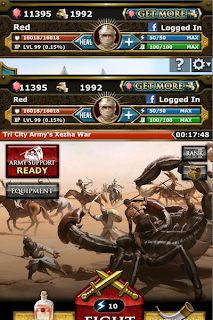 DD: Is it difficult for a developer outside of the traditional centres of the industry – the US, Canada, Japan and the UK – to find the right talent to get projects off the ground? What would you say are the biggest challenges and opportunities as a Singaporean developer?
DS: As with most industries you will find that most of the best talent are looking to work in the biggest companies. This is so because large companies give a great deal of welfare, employee growth, satisfaction and massive amounts of PR. Does that mean that a smaller studio cannot grab good talent as well? My answer would be no. At Daylight Studios we have worked extremely hard to provide for the best working environment any good talent can find. We do not have a big brand name, deep pockets or a huge office but we have hired some of the best talents into our teams, who are working very hard to build games that they believe in. They work hard because they have been given ample space and opportunity to excel. They are not stifled by layers of bureaucracy and politics because the directors work very closely with our team members and because we encourage transparency. This is also the reason why Daylight Studios receives loads of CVs on a daily basis. We hire very stringently. We hire only the best but we endeavour to make them even better.

The biggest challenges and opportunities of a Singaporean developer depends on the stage you are in. As a mobile game startup in Singapore, things like the Series ‘A’ crunch and the extremely competitive mobile gaming industry are great concerns of ours. Singapore has not yet seen a mega hit success for mobile games and investor funding for this industry in Singapore is challenging to find. The government agencies here are fairly generous with funding but their funding is only meant to subsidise and not fully cover the many costs required for game development so a game developer must have a solid financial plan in place.

We are in a country that has a great location between the east and west and the talent here is innately engineered to make games for that particular, unique position. This means that most game developers will find the right people no matter which market they are trying to hit. But the good talent here also comes with a price. Employment in Singapore is not cheap and with increasing wage standards, employment will become more and more expensive as the Singaporean economy grows.

DD: Are you considering console or PC development in the future? Which way would you be more inclined to focus?
DS: We are very keen on portable game development for consoles like the Nintendo 3DS and PS Vita. I strongly believe in the growing potential of this market besides the mobile gaming market.

DD: Do you build games for the local market, or aim to sell them internationally from the outset? What drove that strategy?
DS: Our local market is never our focus because the Singapore is tiny compared with the massive markets like the US, China, Japan and South Korea.

However Singapore is still a pretty good market when compared with many countries in S.E. Asia, and this is our home ground. Our familiarity and understanding of this country and region gives us the opportunity to do well here.

DD: What would you say are your greatest achievements, and what goals do you have for the studio moving forwards?
DS: Our greatest achievement as a company has been that we have created very original games at a very high standard of quality. It is very easy to succumb to the dark side of cloning successful games but we have stayed true to creating original game content for our players.

Our most immediate goals will be improve our existing games and elevate them move them from just being good games to becoming the best games. There is so much room for improvement in our games and we are working very hard to meet the demand from our players. 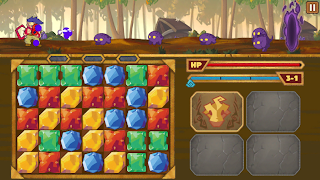 DD: Who in the industry inspires you the most, and why?
DS: Sadaaki Kaneyoshi

Kaneyoshi-san is the father of Dragon Collection, executive producer of Dracolle Studios, part of the mobile gaming arm of Konami Digital Entertainment.

Kaneyoshi-san led his team to create the perfect form of the insanely popular virtual card gacha system that has led to the rise of so many mobile gaming giants in Japan.

Following that, 99 per cent of mobile games released in Japan copied or was inspired by Dragon Collection and these games have moved very well outside of Japan as well.

We have seen Rage of Bahamut, Legend of Cryptids and Blood Brothers do very well in the west and also S.E. Asia.

It was his foresight and the passion of the mobile games team at Dracolle Studios that made Konami the most successful mobile games company in Japan at the time.

Of course, Gungho murdered everyone in the later part of last year with Puzzle & Dragons (a variant of the Card Battle system) but Kaneyoshi-san’s Card Gacha system was still the key breakthrough in mobile gaming in Japan.

I have a lot of respect for original game content creators because creating something new out of nothing is any producer’s greatest challenge. As an executive producer and CEO of Daylight Studios, I can empathise with that challenge. It’s never an easy task creating new features, and it’s tougher still to rally the team to fight for your vision. It might be a little more challenging in an indie studio like ours, where even the executive producer needs to pitch ideas to his team.

DD: What advice would you give to someone who was looking to set up a game development studio in the Asia Pacific region?
DS: Aim high and never target to just beat the local developers in S.E. Asia because that is a small hurdle to jump over. At the international level, the players are fast, ruthless and pretty damn amazing. Thanks to globalisation and the advent of “app stores” like Apple App Store, Google Play Store, Kindle Store, Steam, Origin, GOG etc.. your fight is ALWAYS at the international level.

DD: Finally, what games are you playing at the moment?
DS: Why of course Conquest Age and Spirit Horizon! Hahahaha… but I am also playing Pokemon X, Final Fantasy Tactics A2 – a great Christmas gift!