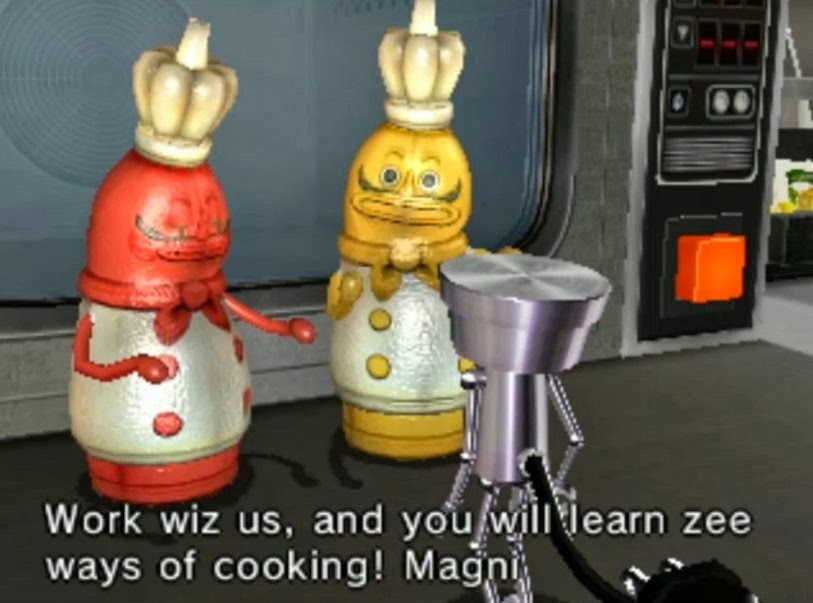 Chibi-Robo, despite being one of Nintendo’s younger and less prolific franchises, is among my very favourites. The miniature hero’s relative obscurity outside Japan is little wonder when you couple his peculiarity with an unfortunate release schedule and Wal-Mart exclusivity. As the first game to get some kind of broad release the latest entry, subtitled “Photo Finder”, is going to be the first taste of the franchise for many.

As joyful as I was to see a Chibi-Robo title getting localized again, the trailers concerned me prior to release by placing an emphasis on the camera. We’ve found at Digitally Downloaded that such approaches can vary to quite a degree, after all. Sure enough, the game does rely on gimmickry – and in the obtrusive manner I had anticipated – but it’s also compelling for retaining the quirkier aspects of the franchise and at least utilises the mediocre camera functions in an interesting manner. Photo Finder is one of those titles that barely manages to succeed based on a few outstanding merits rather than a polished or interesting whole. 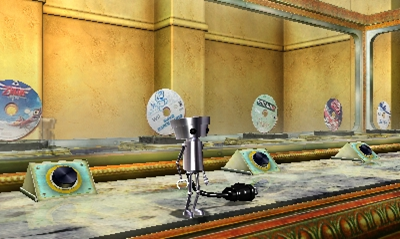 Chibi’s goal this time is to collect comically dubious “artifacts” from human civilization such as drink cups and t-shirts to amass visitors at a museum. Doing this entails snapping shots that fit the shape of whatever frame the game presents you with.

Unfortunately, there are numerous problems with the whole setup that make it vexing that these photos are required to advance the plot and events. Mileage will vary depending on the environment you’re trying to snap a shot in but a limited number of tries and the shoddy 3DS camera quality mean that attaining 100 per cent accuracy is largely reserved for those who deviously trace the frames onto a piece of paper or use material from Google images, rather than doing what the game wants you to – taking photos of real-life objects.

It’s a shame too, as the child-like wonder of snapping a wide range of photos would certainly be an alluring prospect for some. Beyond the one-time joy of seeing Chibi pluck a 3D model from a still image, there’s really no way to defend the presence of the feature in the game other than as a tech demo of sorts. There’s some faux creativity granted via the in-game museum but it’s just that. That would be passable if photos were fun and easy to capture but things are sadly not as such. 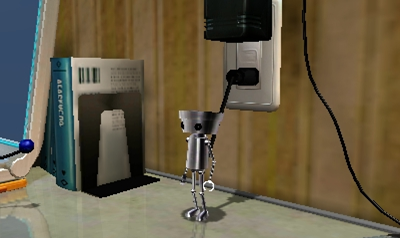 What gives the game its soul and keeps it on track are the settings and characters. Chibi’s size makes the fairly standard world around you seem huge and daunting (albeit not as effectively as past games). Sans humans, his companions are appropriately sized household objects ranging from anthropomorphic smartphone to ketchup and mustard bottles. Each character is a bit more than their personalities initially indicate and some exhibit rather… interesting mannerisms. The overall experience becomes a memorable one simply because of their presence.

Even then, Chibi’s appeal has been squandered noticeably, presumably in the process of becoming a “cheap, downloadable title”. Environmental exploration is awkwardly rationed into several disconnected spaces rather than being part of a seamless, thematic overworld. Chibi running on a limited battery life used to be a clever little design choice to encourage the player to plan out exploration and drain every last watt they could to get the best results. The worlds held up their end by housing adventure at every turn. Photo Finder didn’t have to do that if it was aiming to be streamlined and simple but by retaining these ideas they become vestigial at best. 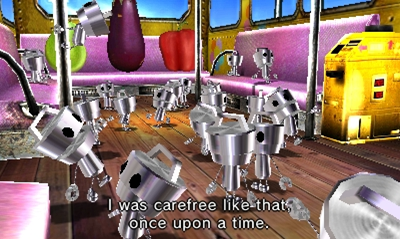 The emphasis on exploration is traded to a series of mini-games. Minus a couple of particularly obnoxious ones, they’re reasonably engaging and diverse. Given that they’re entirely rudimentary though, it probably would have been better to focus on either the exploration or the mini-games instead of leaving both feeling half-baked. Photo Finder feels like it can’t decide whether it’s trying to be fun and simple, portable-oriented fluff or as multifaceted and fresh as a full-fledged entry. Instead it elects to do nearly everything haphazardly.

Photo Finder is easily the weakest entry in the Chibi-Robo series and lacks the same vision and atmosphere of its forerunners, but it still has the love Skip always pours into its quirky adventures. The sheer charisma is enough to elevate an otherwise ambivalent game with sloppy camera implementation, though even that won’t salvage it for some.

– Clark A.
Technical Editor
Miiverse: Midori
Email me at: clarka@digitallydownloaded.net