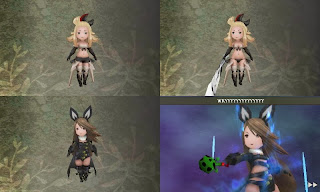 Bravely Default is one of the finest games on the 3DS. Released in Europe and Australia in time for Christmas, we scored it a full 5-stars for being a beautiful mix of both nostalgia, and new approaches to game design.

I hadn’t played the Japanese version of the game, but it’s emerged that the game has been censored for the Western release. Can you guess what kind of content was censored? Yep, you got it – some light sexualisation has been removed from the game.

According to an IGN user BangSilverGang (screenshot on this story is theirs), and as reported by Polygon, a couple of the game’s “sexy” costumes have been toned right down. Further to this the game’s characters have had their ages raised. 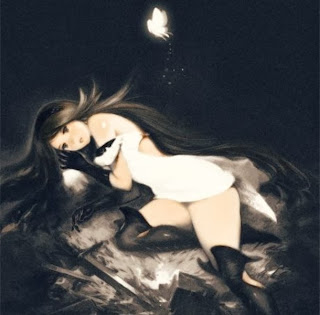 This kind of stuff is superficial to the quality of the game, but it’s disappointing, because again it speaks volumes of a culture around gaming that is not positive. Where extreme violence is not only tolerated, but lauded and used heavily in marketing material, the industry seems to think that the slightest hint of sexualised content needs to be swept under the rug, unless you’re an ultra-niche developer like Compile Heart and developing games specifically for an audience that enjoys sexualised content.

Bravely Default needs to sell more copies than Compile Heart’s entire business would in order to justify its release, and so Square Enix decided to remove a bikini. Never mind that over the course of the game you’ll slaughter entire armies’ worth of humans and monsters. Never mind that there’s a graphic scene in which an evil women slaughters defenseless fairies because she finds it fun. The real moral concern of Bravely Default is apparently a bikini.

I know I sound like a broken record about this topic at times, but seriously, if the games industry is ever going to be legitimised as an art form, the attitudes towards sex in games needs to change dramatically, both among developers and the community.