Today in the Wrap GOG.com scores big for charity, Yaiba: Ninja Gaiden Z goes live as a digital-only comic, Etherium actually looks to do something different with the RTS genre and goblins are fashionable again in Styx: Master of Shadows.

Did you pick up anything good during GOG.com’s ‘pick 3’ charity drive/sale a few months ago? Well if you did, you’re in good company. The online DRM-free retailer took in $1.9 million USD in sales during the event thanks to some big-hearted gamers and developers.

Proceeds of sales of games like Waking Mars and FTL taken in during ‘pick 3’ went directly to the charity of the buyers choice- either WWF, Gaming for Good or Worldbuilders. GOG only asked that you pony up $5, though you could plunk down however much you wanted in the name of your chosen cause. At a final total of $1.9 million, it looks like a lot of gamers did just that.

Publisher Dark Horse Comics has been putting out quality comics for a few decades by now and has seriously ramped up their video game properties turned comics in the last few years. Starting off with proven winners like Halo and Mass Effect and even dipping its toe into graphic novels with the amazing Hyrule Historia, the Horse is on something of a roll within the medium.

Their newest title, which is in a digital only format, is based on the upcoming Yaiba: Ninja Gaiden Z spinoff of the main Ninja Gaiden franchise that we all know and love. It’s more than perfect fodder for a comic book too with zombies, cyber-ninjas and a sword named heartless. And of course, that classic Ninja Gaiden bloodletting is completely intact for the four-color release.

Read on for the specifics, but if you’re a fan of Team Ninja, Keiji Inafune or the undead, you’re going to want to download this one post haste. 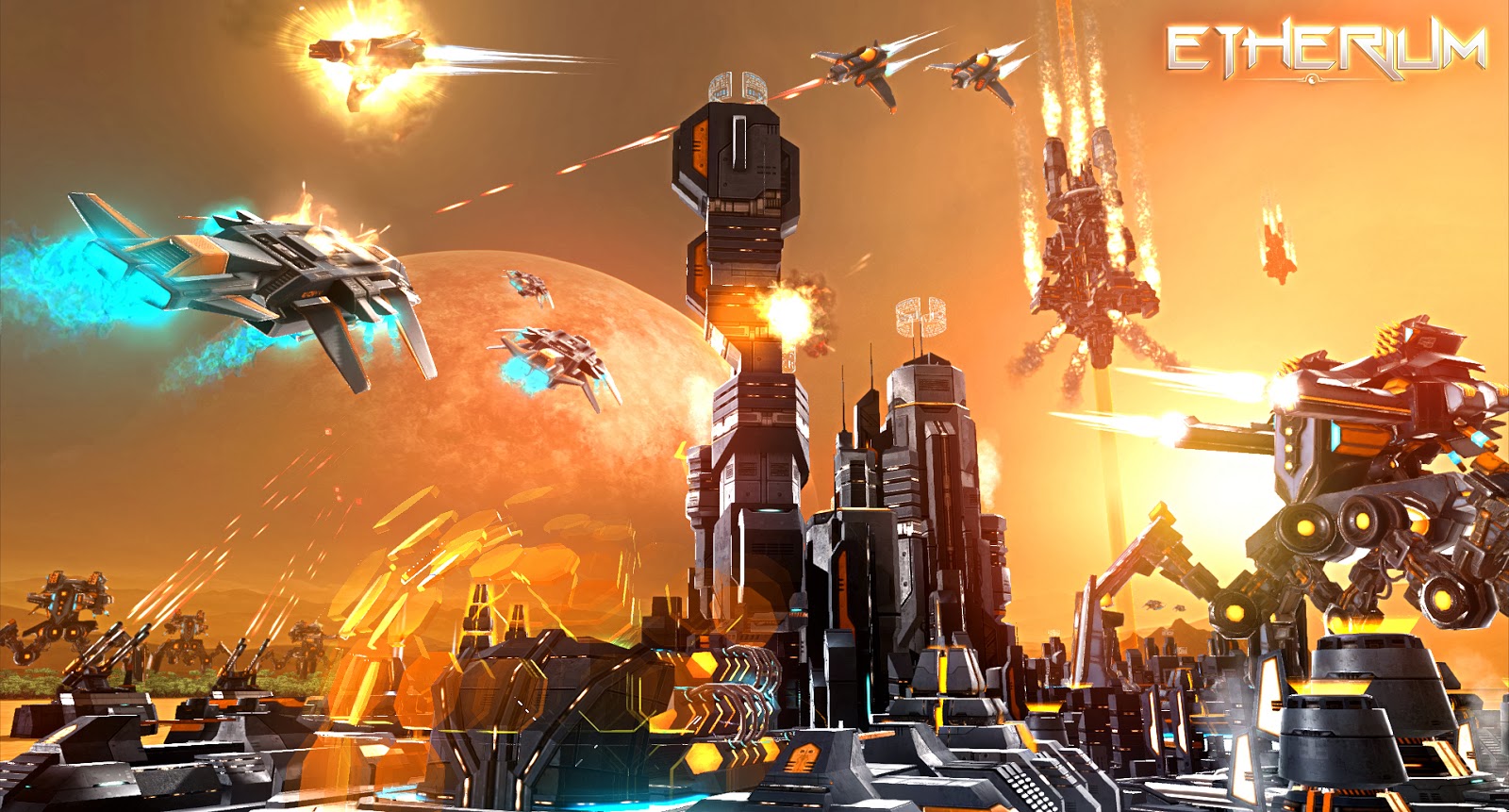 Etherium deploys its troops and looks good doing it

I actually hadn’t heard of Etherium till I saw the press release about this new RTS title the other day, but I’m definitely glad I know about it now. Etherium presents itself as something different in a genre that rarely sees innovation of any kind, and when it does that innovation is copied over and over again. It’s rare to get something fresh and new is what I’m getting at here.

Now, don’t get me wrong, Etherium is a lot like other RTS’ in many ways. For starters it’s got troopers, standing tanks, airborne vehicles and plenty of other units for you to move about the battlefield while plugging away at your opposites. But Etherium also has one big thing that none of those games have- you actually get to control the weather itself. Creating sandstorms and freezing waterways actually is worked into the strategy of conquest as you play and that’s just awesome.

The possibilities presented by developer Tindalos Interactive are pretty fantastic all around and I’m actually pretty excited about this game. That’s a first in a long time for me with the RTS corner of the gaming industry. Let’s hope it lives up to the promise.

Read on for the full details 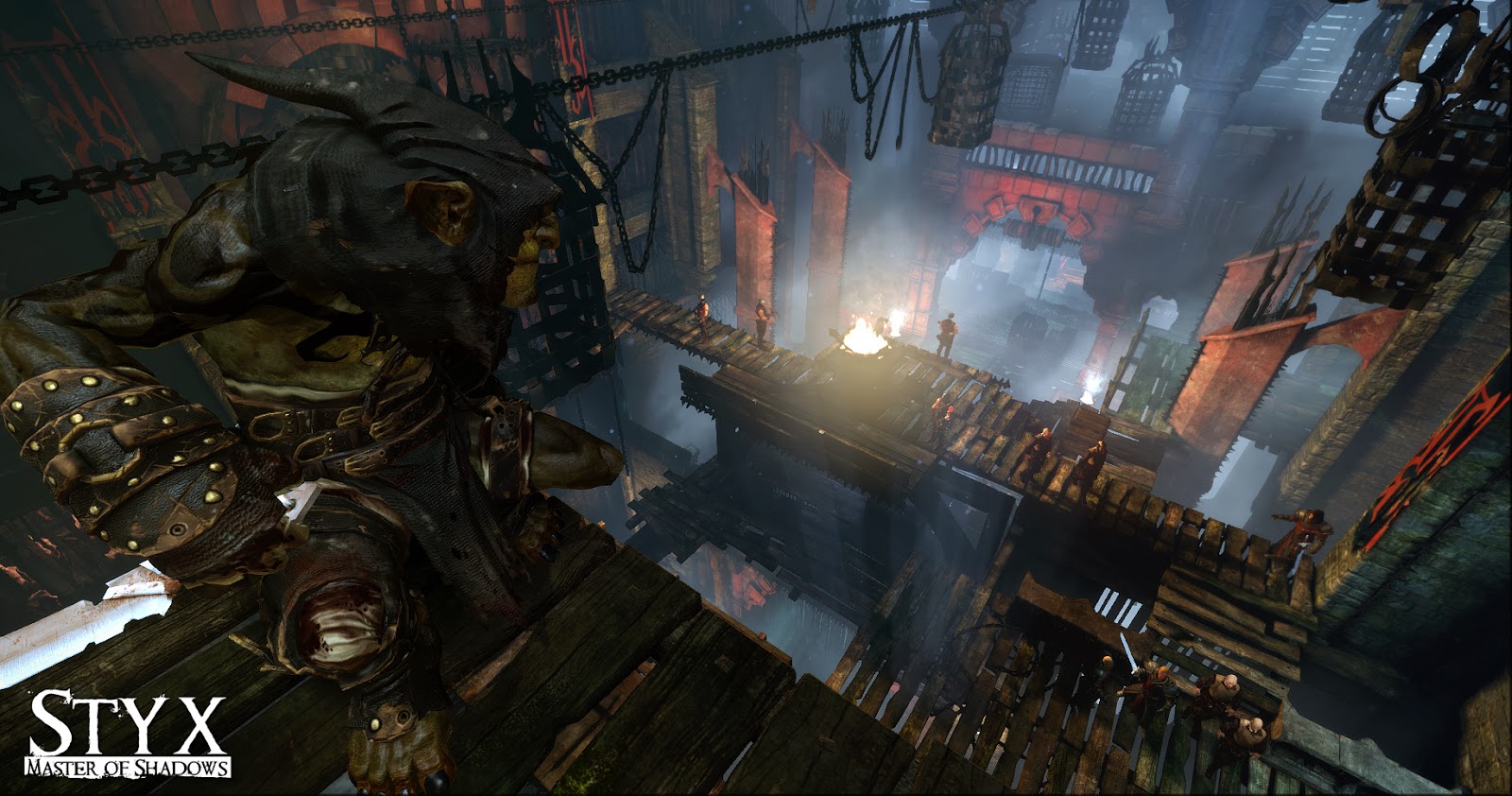 Be the goblin in Styx: Master of Shadows

Sure you’ve played as gallant knights, roguish… rogues and even singing Bards (you may have even tromped around as a stinking orc or two), but have you ever played a dark fantasy action/RPG as a goblin? Playing as one of the fantasy realm’s smallest and traditionally weakest characters definitely would force a change in strategy and shake up your play style now wouldn’t it?

Well that’s just what Focus Home INteractive and Cyanide are hoping will happen with Styx: Master of Shadows. The game casts players as Styx, an ancient goblin out to secure fortune and glory for himself by sneaking into a human/elf controller tower and robbing it blind.

This is no goof either, as there isn’t much humor to be had in this game and Styx isn’t some silly little  Warhammer snotling either; he’s cold blooded and a straight-out killer if need arises. He’s also got a bit of a mysterious back story that’s only been hinted at and definitely does intrigue.

Ubisoft took a big risk with Might & Magic X: Legacy and I hope it pays off