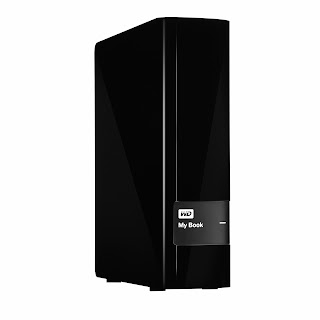 As the name of the website should make obvious, we do a lot of downloading here at Digitally Downloaded, and the Christmas period is the most busy of all. With the size of the games getting ever larger, space to store everything has become an increasing challenge.

This is moreso with the Wii U than any other console. The console only came with 32GB of space, meaning that a couple of Virtual Console games and, say, Deus Ex, will alone fill the internal hard drive. So when I grabbed the WD My Book, my immediate thought was to turn it into the Wii U’s “real” storage drive.

See, the Wii U has a funny set of requirements for external storage, just to make things more confusing for the users. It doesn’t accept SD cards, and sticking a regular USB drive into the console is a roll of the dice to see whether it will be recognised by the console or not. Nintendo highly recommends people use self-powered USB hard drives, and I’m going to recommend this WD one for anyone in the market for one; it works, it’s easy to use, and it suits the Wii U’s aesthetic surprisingly well.

As with all WD’s main hard drives, the My Book is shaped like a book and the curved black finish matches the Wii U’s, so it looks like the devices belong next to one another for anyone who has a concern about the aesthetic design of their living room and TV setup. Plugging it in is nice and easy, and then you’re away.

Once you’ve plugged it in Nintendo requires that you format the device for use for the Wii U, making it largely unusable for anything else. Having done that it was time to transfer all my games on my Wii U’s HD to the My Book, and redownload the many that I had had to delete over the past year in order to free up space. That process was a pain and took up the better part of a day thanks to Nintendo’s painfully slow download speeds when you’ve got big downloads like NBA 2K13 and Tekken.

Once they’re all downloaded however, the good news is that the My Book is snappy and responsive. Starting the console takes a few seconds longer now as I wait for the hard drive to load up all my content, but once that’s done I didn’t notice any change to loading times or the navigating around the menus taking any longer. There’s no impact to gameplay either.

And now I have 3TB worth of memory to load up games on. That’s going to last me a lot longer than the 32GB Nintendo provided. And, with the rate in which games are released on the Wii U, it’ll probably never get filled up entirely.

If the family does have a Wii U for Chirstmas and eShop cards are in the mix for gifts, then consider picking this hard drive up too, as it will save any hard decisions about content to delete to free up room for new games.

Game difficulty; or how I learned to stop worrying and love my hero’s horrible deaths