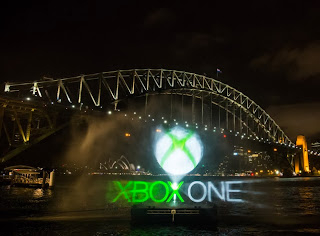 The most interesting difference between Sony (and Nintendo) and Microsoft’s approach to the games industry over the years has been the fact that while Sony and Nintendo have been focused on producing or publishing content in-house, Microsoft instead has an active partnering business; and not just around games, but the non-gaming stuff as well. The Xbox One is launching with all kinds of third-party television and entertainment apps in Australia, for instance, while the PlayStation 3 is making a big deal of its internally-developed Music Unlimited and Video Unlimited services.

If you consider Microsoft’s history in business technology, then the energy it places in partnerships are hardly a surprise. From the simple (until the Surface Pro, Microsoft didn’t produce the hardware that its Windows operating system sat on), to the less obvious (Microsoft is actively partnering with developers around the world to build corporate Cloud solutions and jointly taking those to market), Microsoft’s history has always been about working with third parties to build a broad offering to market.

Microsoft Australia’s interactive business lead, Jeremy Hilton, took some time to have a chat with us at the company’s recent launch party for the console. Talking to Hilton, it’s quickly evident that Microsoft’s philosophy towards the games industry is exactly the same, and while the company produces some content through its internal studios, the plan is to have the partnerships fill out the overall Xbox One experience. “We’re not about building empires, we’re looking for people who have the most creative ideas and concepts,” Hilton said. “We want to bring those to our consumers, and we realise that that’s not always going to come from our internal teams, so we’re committed to working with partners to bring cutting edge content.”

Looking beyond the release of third party exclusive titles like Ryse, Microsoft through this partnership strategy has been able to offer Australian consumers non-gaming content such as TV apps from Channel 10 and SBS, as well as Quickflix (Australia’s alternative to Netflix) on the way shortly.

Microsoft is hoping that its “partnerships first” approach to the Xbox business will generate innovation going forward. Promising that the Xbox One sets the company up for the next decade, Hilton said that despite the Xbox One steadily losing its unique (albeit controversial) features in the lead up to the launch of the console, being fundamentally different to the competition is still high on the company’s list of goals.

When it was originally announced the Xbox One was to include mandatory online connections and would block second hand sales. It was, predictably perhaps, a PR nightmare. Many however also argue that the console was if nothing else original and different, and Microsoft could have, over time, articulated the value that its unique approach to the market would have passed on to consumers. Features that would have outweighed or rendered moot the concerns that consumers had with the console pre-launch.

Stripped of these features, many wonder whether the Xbox One is in fact now offering much beyond a power upgrade to the Xbox 360. Hilton assured us that it was, and over time the Xbox One is still going to prove itself to be a very innovative device. “We haven’t simply taken what Xbox 360 did and made it more powerful, we really tried to innovate in a whole range of areas that we think will fundamentally shift the way consumers engage with content in their living room,” Hilton said. “Some of that will be there day one and some will be delivered over time.”

“We’ve certainly learned a lot of things on the way and we do wear it as a badge of pride that we do listen to the community and we do engage with the fans, and we make changes based on community requests. Because ultimately if you’re delivering what consumers are asking for and that can only be a good thing.”

Hilton assures us that the Xbox One is a future proof device. Where the previous generation of consoles have started to struggle in offering services that speak to the interfaces and experiences that modern consumers are looking for, the Xbox One is a console that will continue to be modified and expanded on for years to come to adjust to very dynamic customer expectations.

“Consumers are ready to adopt new technology. The technology landscape has changed rapidly in the eight years since we launched Xbox 360. There are new trends and patterns that people are looking for in new content, and the ability to build such a flexible system for Xbox One is a key tenant for what we had in mind when we designed Xbox One,” Hilton said.

“This is out platform for the next decade and we built it with that in mind that it can be adapted to whatever consumption methods people might have and how they want to get their content in the future.”