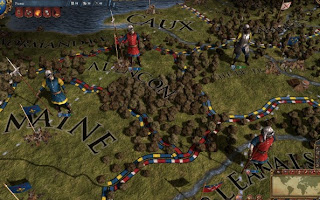 Have you read Matt’s masterful review of Europa Universalis IV? If you have, I’m pleased to award you a permanent +0.15 modifier to your Administrative Power and a congratulatory text message from me. If you haven’t, do it now and receive a one-time bonus of +0.3 to your Diplomacy rating. What’s that? You’ve still not read it? Then I’ll have to slap the ‘dishonorable scum’ Causus Belli on you and declare that a state of war exists between us. Can’t say I didn’t warn you.

If these concepts make you nervous, calm yourself. The beauty of EU4 is that, for the first time in the series, most things are easy to grasp. There are numbers everywhere – a sea of statistics and an infinity of indicators – but they’re all relevant to gameplay. Sixty votes can elect a Pope. A thousand settlers makes a colony. Six hundred Military points are enough for a breakthrough. EU4 is full of minutiae, and it’s a testament the game’s design that you’ll be sweating the small stuff at the very same time that you’re plotting to take over the world. 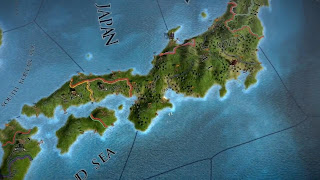 We’ll start with Diplomatic Alliances. EU4 models these with wonderful complexity. Let’s assume that, for the sake of argument, I intend to invade Scotland. Scotland has always had an historical alliance with France. France is allied with Burgundy, Brittany and a host of smaller nations. You’d expect that. But, as a major power, France is also allied with Norway. And, in turn, they’re allied with most of the nations in their region. So, I declare war on Scotland, and half of the known world retaliates by attacking me. To win the war, I have to defeat the whole bally lot. This makes perfect sense in game terms. But does it make historical sense? Probably, but I’m not convinced. Do the Livonian Order really care about my Holy Crusade to introduce English fish & chips to the streets of Edinburgh? 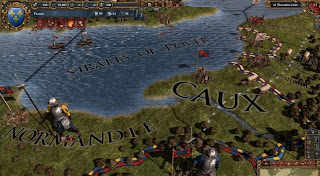 I’ve not finished whingeing yet. The trade interface is one of the more arcane aspects of the game, and much head-scratching and experimentation is needed before it starts to make sense. And, since a certain amount of re-loading is needed while you learn the rules, why are achievements available only in Ironman mode? That’s just mean. And some system-generated information popups are unintelligible. Finally, why do shattered armies simply disappear from the map without so much as a text message? Were 15,000 troops abducted by aliens? I think I deserve to know.

By now, you’ll have realised that I’m nit-picking for the sake of it. So here’s a more substantive suggestion: in EU5, can we have a panel of Civ-style advisors, please? There’s so much to do, and it’s so engrossing, that it’s easy to overlook some aspects of the game. Yes, I know that I’m falling behind Portugal in the Quest for the New World, but it’s an easy fact to miss. Adding a level of extra strategic advice would be a boon for new players, and veterans could always ignore it if they wanted to.

Anyway, I’ve challenged, questioned and probed all I can. I’ve tried my best to criticise EU4 and only managed to moan about a few minor issues. Therefore, the only reasonable conclusion is that it’s a masterpiece. And it is. It’s Paradox’s best game to date, and they deserve to be proud of their achievement. Now go and read Matt’s review. Oh, and buy the game. You should definitely do that too.

Welcome to the new-look Digitally Downloaded!