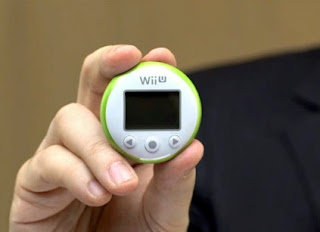 Back when the Wii was the bee’s knees, Wii Fit was a revelation. For a relatively small investment in a balance board consumers got access to a fun little package of fitness minigames that genuinely offered a basic fitness regime that could help people lose weight free of any sensation of embarrassment they might feel from the comfort of their homes.

This little software package was succeeded by a sequel, Wii Fit Plus, which offered more games and more ways to track data. The effect was simple – by playing games players would break out into a sweat, and the fact that the software would track daily weight changes meant that they were encouraged to watch their food and generally live a healthier lifestyle.

All of this was a textbook case of the power of gamification, and it’s hard to think of a better example of a console title embracing gamification for fitness. While there has been the inevitable knock-offs by EA, Ubisoft and others, and while the likes of Nike have over the years built a far more detailed environment for serious fitness fanatics, Wii Fit still stands strong as being the perfect marriage between technology that works, and technology that is fun to play with.

While Wii Fit U will no have the same impact on the market as Wii Fit because of the Wii U console’s underperformance, it is a superb upgrade and a legitimately good piece of fitness software. There’s new games and some brilliant MiiVerse integration that allows people to form fitness clubs and build a shared experience around weight loss (if you would like to join the Digitally Downloaded fitness club, our number is 1258-2245-2592). As anyone knows, the best way to encourage fitness is to make it a social activity, so kudos to Nintendo for really working MiiVerse to its utmost potential hers. But the really great, standout, addition to this software is a second piece of hardware to go with the balance board; the Wii Fit Meter.

Nintendo has come up with a smart way to encourage people to trial the new software and get hooked all over again; the game itself is free if you’ve got the balance board and at least one Wii Fit Meter pedometer. Each person in the family will need their own Wii Fit Meter (a clever way for Nintendo to get some money out of each household when each Wii Fit Meter is Aus $27), but this little device is far more than a basic pedometer. It tracks altitude and how hard you’re working as you walk, and in doing so it keeps a wealth of content, right down to the minute. 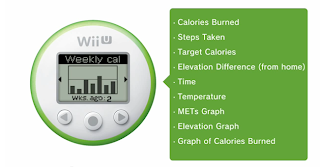 So you clip the Wii Fit Meter on to you belt and head out for the day. Once you come back home you sync the data with Wii Fit U software and there it is; data about everything you did in the day. From that bus that you ran after to catch, to climbing the stairs rather than the lift at work, the Wii Fit Meter knows when you’ve been naughty and taken the short cut, and when you’ve gone hard in the name of fitness.

Anyone serious about their fitness loves data, and all the data that the Wii Fit Meter accumulates integrates seamlessly with the other data that will be collected when you play with Wii Fit U itself. It’s a bit pity that there’s no option to export this to spreadsheet for use on your PC (or to take to your coach if you’re a sportsperson), but then if you’d be interested in that you’ve likely already got a Nike account.

The data can also be used for a couple of minigames within Wii Fit U – such as a tour function where the distance you’ve walked into the real world is converted into kilometers around world famous landmarks. There’s not much purpose to it other than the fact that it’s a nice way to visualise your progress, but it’s possible to compare your distance to the others within your family, which is a nice little way to encourage people to go out for a daily wander in the spirit of family competition.

If there is one thing that disappointed me, it’s the lack of a GPS function in the Wii Fit Meter. I’ve got a iPhone and can already map out my jogging circuits for fitness apps if I’d like, but I want to concentrate my exercise tracking into the one app, and this doesn’t do it. It would have been good if the Wii Fit Meter could be placed under the pillow to track sleep data too, which is increasingly recognised as critical for a fitness program.

So the Wii Fit Meter makes the Wii Fit base software even more fun and engaging, but lacks the robustness to be a completely legitimate fitness tool. With that said, I hope this is a success for Nintendo, because I do like the strides that each new Wii Fit release brings with it, and I can see a time where Wii Fit comes with iPhone and PC apps as well as Cloud support to be a truly robust and entertaining fitness solution. Real gamification in action, this.

– Matt S.
Editor-in-Chief
Find me on Twitter: @digitallydownld
And I’m on MiiVerse too: WaltzIT

Call Of Duty: Ghosts represents everything that is wrong in the games industry