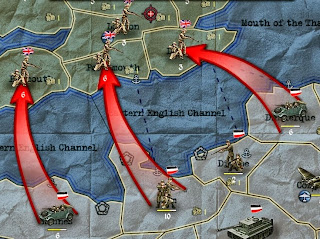 Just in case HeroCraft’s title for this game did not give it away, what you are looking at here is yet another World War II strategy title. Coming up with something noteworthy in this genre was always going to be tough as the iOS platform has been inundated with quality strategy games.

Right off of the bat, it should be stated that this is much more of a casual strategy title than what most strategy fans will be looking for. If you are looking for a Hearts of Iron level of depth, keep looking because this title will not scratch that particular itch (there is always Battle of the Bulge for you folks). That being said, if you are looking for a fun, fairly quick strategy title that will not tax your brain or time too much, this might very will be the game for you.

It’s also worth noting that the “Deluxe” in the headline refers to the fact that this is a full-priced re-release of a previously in-app supported “free” title. Herocraft never quite got the balance of in-app purchases right with the original release, so this becomes the better buy almost by default.

At a glance, I was reminded of older, more simple electronic battle games, or even some of the board ones like Risk I used to play when I was younger. The touch interface works really well, allowing you to point and drag units around with relative ease. The tutorial is pretty basic, but it covers all of the important points you need to know before really delving into things. 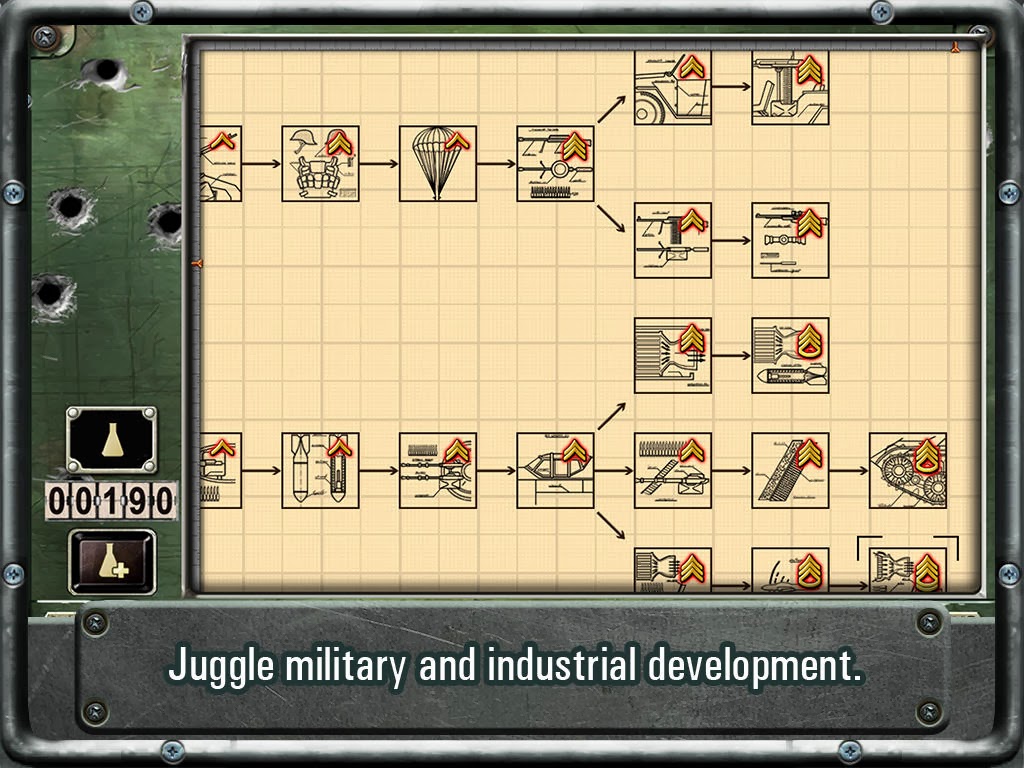 While the primary objective in the campaign mode is to complete a specific mission by winning the combat, I liked that there were some other goals from time-to-time that gave you bonus score and achievements. This helps to add to the replay value as you realise you probably could have done one or two things a bit differently and met all of those objectives.

The ability to upgrade units kept me going a good deal longer than the game might have otherwise held my attention. I found myself getting invested in gaining research points so I could make my units more effective in combat. I found myself on several occasions thinking “okay, now if I can just get this unit to improve, and then try to meet this objective…” lending a sense of trail and error to things, but also a pleasant sense of progression.

The presentation felt pretty good to me, with easy to identify units and points on the map, and while the music was not my absolute favourite, it was certainly better than a lot of mobile games I have played. Unfortunately the sound effects are nothing special in and of themselves, often completely lost to the music. 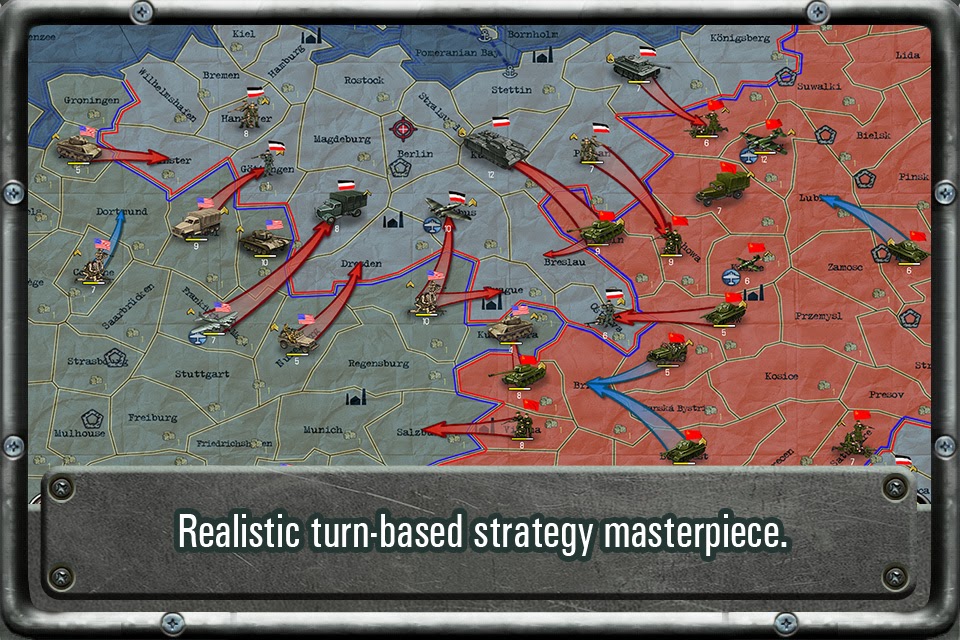 Trying to balance the development of your economy, science and military sounds more daunting than it is. It is a credit to the game that things are so easy to pick up and play, but that turns out to be something of a double-edged sword, because I found myself having completed most of the content pretty quickly. The relative lack of depth also made things start to feel a bit repetitive after a time as well. The multiplayer modes add a bit of variety to the proceedings as a human opponent seems to play very differently than the AI ones, and that can keep you on your toes. Once you get used to the computer opponents however, I found myself falling into very similar patterns each new map and campaign.

The turn-based strategy works well, is easy to pick up and is presented in pleasant fashion. Unfortunately because the combat is so easy to pick up, it tends to be a little shallow too, hurting the long-term value a bit. That being said, if a quick fix of strategy combat set against World War II piques your interest, this is a pretty solid option to go with and probably worth a look for you.