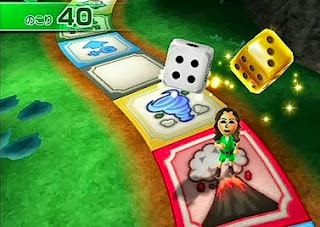 After walking away from Super Mario 3D World a little disappointed, I was glad to see that Wii Party U more than surpassed my expectations. I’m a sucker for digital board games at the best of times. Throw in some minigames that genuinely feel fresh, and I’m in seventh heaven.

Given that the Mario Party series seems to have devolved into minigame collections sans the board gaming, it’s good to see that Wii Party U has picked up the baton for the kind of gameplay that I’m actually interested in; a mixture of simple board games with minigames to break up the action.

From the brief glimpse that I got, the maps seem nicely designed with plenty of opportunities to launch into minigame insanity. Of course we’re not talking about an experience of the depth of something like Fortune Street (hurry up and get on with a 3DS/ Wii U version of that, Square Enix), but as a “board game for the whole family,” this does its job nicely. 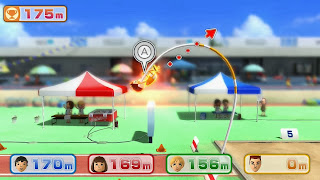 The bulk of my time playing was in the four player minigames, however, and these were classic fun. Without a doubt my favourite was the take on the Twister style of play where players need to put all of the controllers together and then tap and hold (or let go of) specific buttons as the game demands it. When I played this game at the EB Games Expo, I was paired with some random strangers, and it was downright hilarious.

The retail version of the game will come packed in with a special stand that will keep the Wii U’s Gamepad horizontally flat, and this will be a necessary acquisition for some of the minigames, which involve both players sitting using the Gamepad simultaneously. There’s a couple of dud minigames (a fast food order minigame where three players would make orders to the player with the gamepad, who would input their orders onto the device was the very definition of pointless), but in general Nintendo has done a really good job of showing off the Gamepad’s feature set in a way that we haven’t quite seen since Nintendo Land.

The only real question I have about this game is that, given it’s one of Nintendo’s big holiday releases, how much of an appetite are people going to have for a digital board game on a Nintendo console when anyone who does enjoy digital board games surely has an iPad by now? I’m not sure that this game is going to be a console seller, but as someone who already has a Wii U I’m looking forward to adding it to my collection.

Innovation and the games industry; what consumers can do