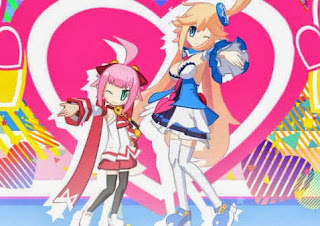 Mugen Souls was a bit of a weird game, but back when it was released I rather loved it. It was silly, but charming and its ridiculously deep combat mechanics kept me playing for some time.

But it was also a remarkably controversial release for NISA (the publisher) and Compile Heart (the developer) in the western markets. Why? Because NISA felt that some of the content in the game was potentially objectionable. In the sense that it could get the game banned.

That content was a very small part of the game – an optional minigame – but its nature was pushing the very edges of what western culture considers acceptable (it was an interactive bath scene), and so they opted on the better side of caution and chopped it out. This annoyed the fans, as you’ll see if you make a topic on the game on any NISA fan forum out there.

So it surprises me that NISA is again opting for censorship with Mugen Souls Z, a game due for release next year. “Due to the sensitive nature of some content, NIS America has decided to edit certain aspects of this title for its North American and European releases,” the press release said.

On a personal level I really don’t care that the content is removed. Mugen Souls is as much fun without it, but I can understand why other fans care about authenticity and I wonder why NISA is risking the reputational damage to release the game at all?

Meanwhile I continue to hold out hope that some publisher out there will pick up Compile Heart’s Monster Monpiece for localisation. Please?