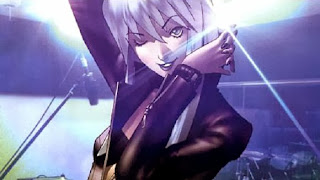 Review by Matt S.
“Why am I reviewing this game now?”, many of our readers will ask. After all, it’s been available in the US and Japan for quite some time.
Unfortunately Shim Megami Tensei: Devil Summoners: Soul Hackers took its sweet time to hit Aussie and European shelves. But better late than never, right? And coming hot on the heels of Etrian Odyssey IV, it has been a good time for fans of rich, deep and challenging turn-based RPGs.

Shin Megami Tensei is, of course, a very different game in most ways to Etrian Odyssey, but the fact they were released so close to one another means that many players are going to need to pick up just the one in the short term. So why grab Soul Hackers? Here players are asked to form relationships with demons, and those demons will form the core of the party when it comes to combat and the like. Demons can be fused together to create even more powerful demons, so there’s a nice Pokemon-style subtext to the whole experience and it promises nearly an endless number of variations, to the point where experimenting with party construction is half the fun to be had in the game, and the kind of min/ max gamer than loves tweaking stats to get the most out of a team will have a field day with this title. 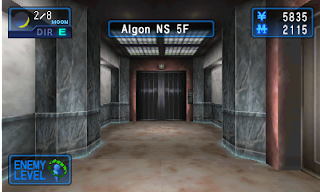 The other most compelling thing about this game is its dungeon design. Moving around the overworld is a glorified menu, but the dungeons themselves play out from the first person perspective, as a map is drawn on the bottom screen. This much is almost exactly like Etrian Odyssey, except that players don’t do the mapping themselves. Every so often a random encounter will pop up. These combats are often quite challenging, especially the boss battle, so there’s good value for money in it, and just like Etrian Odyssey the game will better suit people that don’t mind a bit of grinding.

But in other ways Soul Hackers is an inferior title to the slick Etrian Odyssey IV. The flow of combat is way off, for a start. The interface for the menus is nice and clean, but once you’ve plugged in all the commands and hit “go,” the combat plays out too quickly to really follow what was going on. Often it would take me ten or so encounters with specific enemies to figure out what special ability they were using when it was the first time an a enemy had access to that special ability. Good RPGs are highly strategic in nature, and it becomes very difficult to be strategic when access to data is so confused. 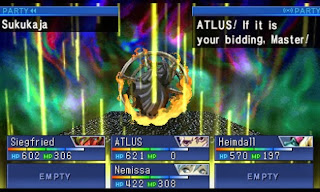 Outside of combat the party management menus are a little too clunky to navigate through for their own good, too, and in general Soul Hackers is one of the poorest aesthetic experiences I’ve come across on the 3DS. The world of Etrian Odyssey is vibrant and luscious, and by comparison the dungeons of Soul Hackers are designed really well, but look decidedly plain. It’s telling that I spent most of my time while playing this game simply looking at the map on the bottom screen, so uninspiring was the environments replicated on the top. Character design is also generally uninteresting, with demons and enemies looking like low-resolution paper cutouts, and character designs being the kind of generic anime/ manga types that don’t exactly inspire.

The most disappointing thing about Soul Hackers, however, is the narrative. Atlus’ premier series has given us some of the finest narratives you can find in games; consider just how brilliant Persona 4’s narrative is, with its rich characters and the meaningful relationships between them. Soul Hackers’ narrative makes sense and skips along at a good pace, but it’s not especially memorable.

Ignoring the presence of the demons for a second, Soul Hackers features a very basic dystopian narrative, in which the population are in the thrall of various technologies and virtual world. In fact, a new piece of software is so realistic that people feel like they are inside the game. Clever, right? It’s  a narrative you’ve encountered in film, literature and games many times in the past, and Soul Hackers, for all its length and plot twists and turns, never quite manages to be original. It doesn’t help that the writing is fairly generic either and the voice acting is straight from the ranks of B-grade anime dubs.

Getting into Soul Hackers isn’t exactly easy, all up. There’s plenty of reward to be found in toying around with the demon fusing and building the ultimate party of monsters, but even that isn’t particularly original in the modern gaming environment. I love Shin Megami Tensei and everything it stands for, but this is one of the lesser games in the franchise.