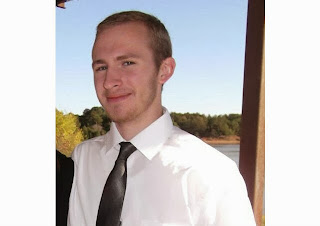 Recently we reviewed Irritum, a game that had its fair share of faults, but one thing was undeniable; its concept came from a very serious, and very dark place. And in making a game about suicide, the developer, Nick Padgett, has furthered the idea that games can be art.

The issue that the games industry faces as far as the idea that games can be art, is that games are also restricted to being entertainment in the eyes of many. If a game isn’t “fun,” then many would argue that is loses its value as a game.

Games like Irritum make a counter-argument; that games can have value in exploring themes, or being a personal exploration into a serious theme. We had a chat with Padgett about his thoughts on games as art, and the life of being an indie.

Digitally Downloaded (DD): What encouraged you to take on such weighty subject material in Irritum?
Nick Padgett (NP): Two main reasons. The first being I needed to make my first game about something close and personal to me. The one thing that stuck in my mind was my past experience with depression and thoughts of suicide. It almost seemed self-explanatory to myself that this should be my first game. It was overwhelmingly obvious to me, at the time, this is what the game should be.

The second reason kind of flows from the first and reinforces it. When doing my research about games, I found many people saying the biggest danger to an indie game is obscurity, rather than the quality of the game. I was hoping a game about such a sensitive topic would help my game stand out. In some ways it has helped, but in other ways it hasn’t. Some people hear about the game and think “oh that sounds interesting”, while others say “oh it’s another art game. Not even going to give it a second thought”. 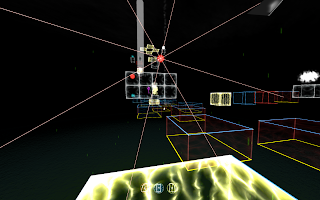 DD: Was it difficult to balance between the need to make an interactive experience with the kind of narrative you were looking to convey in the game?
NP: Definitely, but I think the way I chose to do it is really the only way it could have been done. I didn’t want to make suicide any lesser of an issue, and I feel that having suicide as a mechanic or action would do exactly that. So the games topic, in my eyes, had to be specifically excluded from the elements of gameplay, which usually makes many games feel incomplete.

DD: Were you in any way concerned that game players wouldn’t necessarily understand the deeper meaning behind this game?
NP: Absolutely, it was a huge concern of mine and many people still don’t understand it. I read a lot of reviews, as many as I can, and a lot of people still don’t seem to really understand it. Some people don’t finish it so they don’t see the whole picture, some people don’t think about what they are doing in the context of the game, and others practically ignore the context completely. I think the game is an extremely niche game, and I accept that, but it is disheartening when people appear to not even try to think about the game in a constructive way. They don’t want to think about the game, they just want to play it. They seem to want answers given to them, rather than explore a concept, which is really what Irritum is about. I understand there are some problems with the game, but many people expect a game rather than an experience, and that hurts their understanding of the game.

DD: The debate on whether games can be art continues in part because expectations of games tend to be that they are there for entertainment first, and anything else is a bonus. What are your thoughts there?
NP: I think that viewing games as primarily entertainment limits the industry in great ways. Some of my favorite films aren’t really that entertaining to watch, but are amazing because of what they try to do. One of my favorite films is Donnie Darko. It really doesn’t have a lot of entertainment value besides some jokes and instances here and there, but it tells a (in my opinion) great story and explores the value of life and the idea of sacrifice.

The more games that are made without the primary goal to be entertaining, the more people will start to see the ability of games to be art. A truly artistic game may not come around in the next 2 years, or even the next 20 years, but to find one we have to start trying to make them. They may even be entertaining also, but I think developers should explore more ways to make games explore the themes that make the classic understanding of art so wonderful, expression.

I personally think my game is an example of a video game as art. It may not be a great piece of artwork, but it is nonetheless art. It expresses emotions and feelings in a way that other people understand. They may not enjoy it, they may not get the message, they may disagree with the message, but if people want to see the game as an expression, they just have to pay attention. Unfortunately it seems many games that can be considered art, are usually considered bad because of the fact they are video games. I guess it comes with the medium.

DD: Was it difficult to release such a personal work into the public view?
NP: It was at first. I was terrified and was contemplating never releasing it because of this. I wasn’t exactly comfortable putting it out there because of what other people would think, and it’s not necessarily something I am comfortable talking about. But now I feel better about it, it really doesn’t seem to bother me that much anymore. 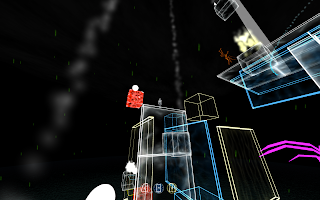 DD: This is your first commercial game. How did you find the experience of developing it?
NP: Incredibly enlightening. I can now see everything I need to take into account when making a game. When I started development, a lot of the game was kind of running with an idea and fleshing it out when I got to that point. Now I see that shows through in the game in some areas. It’s hard to explain the wealth of information this experience has brought me, but it seems nearly invaluable.

At the same time though, it was awful. The mental exhaustion and challenges were immense and especially tolling on my mind. My depression made a big come-back during development and after release, and I had to deal with that for the latter part of development. It was absolutely worth it though. The feeling I get from accomplishing a game is indescribable, and I look forward to my next game with great anticipation.

DD: What would you say are the greatest challenges and benefits for being an indie developer?
NP: The greatest benefit, for me, is artistic freedom. You can make a game you want, and do what you want in the game. You can call your game in its entirety your own. After making a game like this, I couldn’t imagine working in a full-fledged studio. There are some other great benefits like working when you want, keeping most of the sales of the game and stuff like that, but artistic freedom is the really big one for me.

The greatest challenge, I think, is yourself. You have to deal with your own shortcomings and weaknesses, and that is very stressful on the mind. If something isn’t working, the only one responsible is yourself, and that isn’t any easy thing to deal with sometimes.

DD: Do you have more games in mind? What are some other themes that you would like to explore?
NP: I have many ideas for games, but not many of them are plausible. Many of them are incredibly over-ambitious. The next games I make will probably be more traditional and less experimental. I really like the idea of a rogue-like game, and my next game will probably be a rogue-like. I think I have concretely four ideas for what I want to do next, and once I decided which one I like the most I will probably start working on it right away.

I don’t think I will explore themes like suicide in other games. I wanted to make a game about suicide because it is a topic close to my heart, and I was able to put a lot of that in the game. I don’t know much about other topics (abusive parents, transgender, etc.) and I feel if I tried to make games about such topics, I would do an incredible disservice to the themes. I’ll leave those topics to people who have gone through them and want to express what they went through in a game.

DD: What advice would you have for an aspiring game developer?
NP: Just make something. I know many developers suggest this, but I don’t think many people understand what they mean. They don’t mean wait for a team, wait for funding, wait for your Kickstarter, they just mean start it. I was waiting for all of these things, and I ended up wasting my time. You get better at making games every game you make, and the longer you put that off, the longer it will take for you to start making great games. Just start making something.

Yaiba: Ninja Gaiden Z has just hit the top of my “do want” list