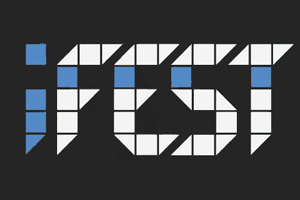 The Academy for Interactive Entertainment (AIE), one of Australia’s most prominent games industry educators, is preparing for its third annual series of iFEST conferences, to be held in Sydney, Canberra and Melbourne. These events have exploded in popularity as the Australian indie development scene has grown to compensate for our many collapsed big-budget studios.

iFEST is a showcase for indie games that is free to participate in. According to Brown, the minimal cost in being involved has encouraged a range of indies to come in and show off projects as early as in prototype stage, gaining invaluable peer and public feedback as a consequence.

Unlike paying for a booth at a PAX Australia or EB Games Expo, which can be expensive to demonstrate a product that might not quite be ready for mass public showing, iFEST allows developers to get some inspiration and feedback from around 600 people, Brown said.

“With the growth over the last five years towards indie development having a festival like iFEST gives people practical skills that they can go away with or inspire them to look further into their own projects,” Brown said. It’s an important point; the collapse of the Australian studio game development business has been dramatic and rapid, leaving a market in which skills are difficult to come by. In markets such as the US, many indie startups are developers who have had experience working for a company like EA before striking out to do their own thing. Those people have had the opportunity to learn business and development skills which help get their own game projects underway.

On the other hand, many Australian indies don’t have the same luxury of experience. This makes those opportunities to exchange information, ideas, and peer criticism critical, Brown said.

“60 per cent of the games we show are in their very early stages of prototype and not developed yet,” he said. “Indies need help getting practical steps from going from the initial idea to getting a prototype together to start showing people.”

“More than anything else though, indies struggle with getting the word out there. There are so many games being released on a daily basis now that one thing that has been really been good about all of these conventions that we now have in Australia is that people get the chance to get their game out there and in front of the people.”

If you are looking to get your game showcased at the iFEST showcase, closing dates for the entries are:

Review: Atelier Meruru Plus: The Apprentice Of Arland (Vita)