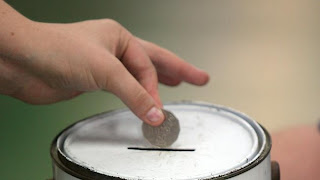 Remember that time that a bunch of people with nothing better to do with their time voted a company that publishes games as ‘worse’ than corrupt banks, gun manufacturers and tobacco companies?

EA (that being America’s ‘worst company’) just released a Humble Bundle, giving people the ability to pay whatever they liked for eight of the company’s finest titles. Dead Space, Dead Space 3, Burnout Paradise, Crysis 2, Mirror’s Edge and Medal of Honor are the default games, and then if people spend over the average (still less than $5), they also get Battlefield 3 and The Sims 3.

Humble Bundles are nothing new, and high profile games in them wouldn’t be especially noteworthy, except that EA is giving away every cent it gets from the Humble Bundle to one of five charities, which people can choose when they pay for the games.

America’s worst company indeed. How evil of it to do such crazy things like give millions to charity and actively support gay rights.