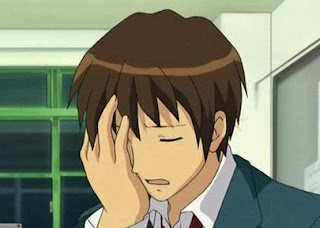 For the second year in a row, EA has found itself as a finalist in the “worst companies in America” list. Last year it, in fact, won the award.

To be perfectly blunt, for the second year in a row I have been rendered speechless (but not without the ability to type this, naturally) by the sheer stupidity of, apparently, a lot of people in this industry.

EA is a company that makes games. Entertainment for people to pass time, or interactive experiences that can inspire. It’s a positive force in the world for producing this content. Yes, sometimes EA’s games stink. At other times they would be good games if they actually work. I get that there are people that are disappointed with how EA handled the ending of Mass Effect 3, and I get the anger that 20-year Sim City veterans have felt with the butchering of the franchise with the latest game.

I get all of that, and I certainly appreciate people who might want to boycott some (if not all) EA products moving forward.

But worst company in America? You’ve got to be kidding.

EA might make some questionable decisions, but it’s not unethical. It’s not using child labour or factories in China that are so oppressive that the staff churn is also a suicide count. EA might make you feel like you’ve wasted $50, but that pales compared to the behaviour of the big banks that led to the GFC, and continue to challenge the American (and global) economies.

EA makes games about shooting people, but it doesn’t make the guns that allow people to shoot one another. Some of EA’s games are addictive enough that you’ll lose a night’s sleep playing one, but that pales compared to losing a lung because a cigarette company got you hooked on deathsticks.

EA is just a company. It may well be the worst gaming company in the world, depending on who you ask, but to even suggest that any company in this luxury goods sector is on par with the genuinely unethical corporations out there is more of an embarrassing reflection of the maturity of gamers than EA’s conduct as a corporation.

Trailer: Thunder Wolves takes to the skies with the dramatic combat sim