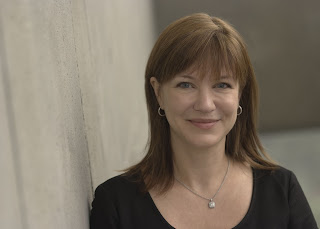 Given the sudden resignation of Don Mattrick earlier this week from Microsoft’s Xbox business we all knew that the gaming giant would soon name a replacement.

That replacement could well be Julie Larson-Green. That’s right, a woman. And in a move that will probably surprise no one, let’s have a look at the comments section;

All i can say is look what happened to thatcher when she had power.

A chick? What the hell can she possibly know? She’s a girl. Goddammit…….

julie is a hot boss

Haha, nice move Microsoft. They need some good PR for a change and why not hire a woman now.

I hope she doesnt walk in on me doing my man to hand relationship. I could slap a bitch!

enough goofing around, now go make us some sandwich

Note that this is just a sample, and these are the comments that Gamespot has NOT deleted. There are many deleted comments that we are frankly glad we never got to read.

Larson-Green is a highly qualified woman with a long history in Microsoft, including being responsible for one of the finest operating systems that Microsoft has ever produced. She has run divisions of over a thousand people, and Microsoft itself has a long and proud history of finding very talented women and giving them the roles they deserve. In Australia, for instance, the last two company managing directors have been women, and the second, Pip Marlow, only replaced the first, Tracy Fellows, after she been promoted to the role of president, Asia Pacific.

But of course, it doesn’t matter how qualified a woman is in the gaming industry. She’s still going to be subjected to sexist commentary and the company she works for is still going to be subjected to ridiculous claims that any hire or promotion to a senior role is a publicity stunt by a bunch of derps whose greatest contribution to the games industry is the fact they managed to managed to work out how to exchange money for a box on the shelf.

You people are the reason that we have to keep having the feminist discussion in the games industry because women are not treated equal.

You people are the reason that the rest of the world looks at this industry and treats it like a playground for children.

You people are the reason that there are so few women who feel like there is any reason to involve themselves in this industry; who would, when you can get more respect from elsewhere?

In short, and I really don’t like swearing in the media, but in this case it’s warranted; you people need to -bleep- off.