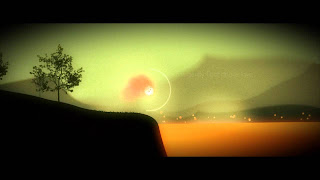 Over the last couple of years, the relationship between platformers and narrative has gone in some rather interesting directions. While the basic “damsel in distress” trope is effective enough for games like Super Meat Boy or your favourite Mario title, games like Braid and Thomas Was Alone have turned heads by introducing some genuinely interesting prose into the basic running and jumping.

Element4l does a fine job of straddling that line between the two. While it never goes overboard with shoving a story down the player’s throat, the game’s minimalist story, quirky narration, and serene soundtrack serve as an excellent complement to some enjoyable momentum-based puzzle-platforming.

Ditch any notions of running around as a plumber, knight, or overall badass. For the most part of the game, you’ll be playing as a bubble. You’ll be able to switch things up, but for the most part, you’ll begin your journey as a lone bubble. Your perilous journey is never fully explained; are you on some sort of path to enlightenment or transcendence, or are you simply taking a cross-country trip. It’s not really important in the long run; what’s more interesting is how you go about controlling your… er… bubble. 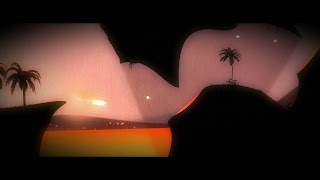 Unlike most platformers, Element4l doesn’t let you directly control the movement of your ‘character’. Instead of using the arrow keys to maneuver around the screen, each arrow key allows you to swap between four different states; a bubble, an ice block, a fireball, and… a rock (cue Charlie Brown reference). Each element has their own physical properties, and swapping back in forth between them allows you to build up momentum and traverse each level. For example, transforming into a rock boosts your speed (downward), and quickly swapping to an ice block allows you to maintain that momentum as you glide. The fireball is good for bouncing off lava and getting that extra bit of horizontal velocity, and switching back to the ‘bubble’ allows you to drift across gaps or use buoyancy to propel yourself upwards. The difficulty comes from the environment; the bubble and fireball can’t come into contact with most surfaces, meaning you’ll have to master switching between elements rapidly in order to survive.

The ability to transform is tied to a slowly recharging energy bar, which prevents you from overusing the bubble or fireball states to fly across the level. The levels are expertly designed; throughout the five-hour single player campaign, I was never able to exploit the system in order to skip large chunks of a level, although there are plenty of reach areas which house the game’s collectibles. The difficulty can spike throughout the second half of the game, and with solutions becoming more and more difficult to discern, there were a few rage-inducing moments where I quit the game outright because I fell a few pixels short of clearing an obstacle. Still, even with the difficulty spikes, the rush of excitement that comes with seamlessly clearing together moves and speeding through a level is far too good to pass up. 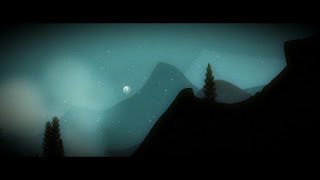 But perhaps the best part of Element4l is the presentation, both in the visuals and audio. The graphics have a very sharp look to them; levels are silhouetted, with a very dark palette for the most part. The middle and backgrounds take on a lighter tone, and your element stands out amongst the dark. The game’s beautiful soundtrack is reacts to the motions on screen, and when you’re zooming along at a blistering pace, the calm tunes heighten the experience to a whole new level, something I haven’t felt since I’ve played Journey last year.

Lastly, there’s the narration. While it’s not fully voiced like Thomas Was Alone, the game pumps out brief yet humorous quips at a steady pace, even going so far as to reference classic 80’s movies like The Goonies, and following that up by appealing to ‘the younger crowd’ by sliding in a Harry Potter reference. While I would have like to have seen more from the mysterious narrator, I enjoyed the moments when he (or she) made an appearance.

Element4l is an excellent game, which never compromises its mysterious yet enjoyable vision. It plays well, and the physics engine provides you with enough control to master the game’s 16 levels. While I would have preferred a more lenient checkpoint system, and perhaps a little more guidance on some of the more trying levels, fans of indie platformers shouldn’t hesitate to give this one a go, even if you’re not normally a fan of more difficult games.