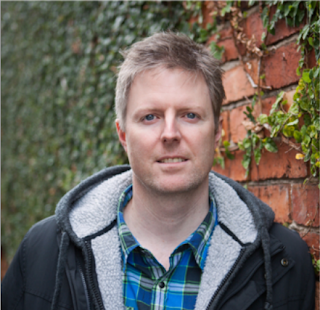 Remember Electroplankton? Possibly not because it was a pretty niche title back on the Nintendo DS. But it did establish a fanbase of its own by offering players something quite unique; the ability to play with sound. There was no end-game bosses, no levelling and no headshots, rather, Electroplankton was more of a toy than a game, and it was all about manipulating objects (the plankton) into making noises.

One of the more unique offerings at PAX Australia this year was Muse, and it is heavily inspired by Electroplankton. Digitally Downloaded’s Sam sat down with Paul Seedy, the CTO of Brisbane-based Current Circus, to talk about Muse, the personal experience tied to music games, and the developments in next-generation controls.

Digitally Downloaded (DD): What is Muse?
Paul Seedy (PS): Muse is a game with an emphasis on exploration and a very strong audio focus. In the game you’re travelling along an underwater environment. You’re collecting creatures that are also musical elements and so by picking up creatures at different times, picking up different types of creatures and putting them all together you create a piece of music. Under the hood it’s driven by a software synthesizer so all of the sounds are procedurally driven. So the idea is that every time you play the game you’re going to be hearing a different song.

DD: How important is the player experience to you?
PS: The idea is that we’re trying to bring out the inner musician that a lot of gamers have inside of them. There’s an element of randomness and an element of “tweakability” to the game that we feel will be compelling for players. We’re not expecting anyone to read sheet music or anything like that but there are ways in game to actually customise the music. We have added what we call “musical wonders” at various locations and we don’t really tell players too much about those because we want them to make the discoveries on their own. When they do find it they can then massage the sounds, it’s effectively tweaking the dials on the set. It can make a very unique and personal sound.

Current Circus is always fascinated with the different ways you can interact with games. We have a lot of experience with depth camera technology; we’ve been toying with some of the new kids on the block such as the Occulus Rift, also some second screen solutions. We also have the ability to download an app for your iOS or Android device and use it as a controller for the game.

DD: As we move to the next generation of consoles as well as move to different ways of playing games, do you think we should also move away from traditional controls?
PS: I don’t think we need to move away but there’s so many options out there now that you’d be crazy not to support anything you can. I think traditional game controls are always going to find a place. I know I like to lie down on the couch and use the controller. You just have to keep pushing the boundaries and the different ways that you can interact with software.

DD: One of the interesting aspects of Muse is the use of a single world rather than lots of individual worlds. Why?
PS: This is the state the project is in at the moment so we thought we’d concentrate on a single world at the moment. The idea being that eventually we’ll make it possible for people to collaborate online. When there’s the multiplayer component the idea is we have a “Museverse” where people can join and make music together.

DD: Your obviously heavily inspired by music, but what games inspire you?
PS: We have a few games that we always keep referring back to when we’re thinking of design ideas. I think the one at the top of my list is Electroplankton on the DS we just loved the playfulness of it. I think rather than a game like that, that has lots of discrete experiences we’re trying to create a single homogeneous experience. We also have a lot of respect for thatgamecompany and what they’ve achieved in their three titles.