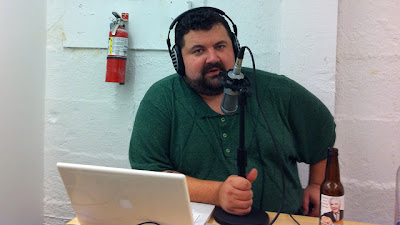 The news is sad and devastating. Ryan Davis, Senior Editor and Co-Founder of the wildly popular gaming website, Giant Bomb, passed away last week at the young age of 34, having married just a few days before.

Ryan meant a lot to me, and this is coming from a guy who hasn’t even been in the same room as him, let alone the same city. Before I started writing about games, Ryan’s presence on Giant Bomb drew me in. I could never really put a finger on what made Ryan such a pleasure to watch and listen to, and sadly, I probably never will.

There are plenty of tributes and articles about Ryan around the Internet, and as I write this one, I feel a bit out of place. As professional as I can try to be while reminiscing about Ryan, I have to face the fact that I’ve never met the man. The closest I’ve come to basic contact with him is exchanging tweets with him and his wife.

Still, even if a large majority of his fans have never met him in person, it’s hard to ignore just how far and wide his infectious laugh and lovable attitude has reached. If you aren’t convinced by my outpouring of emotions in this article, the thousands of tweets, Vines, and Facebook posts about his passing are proof enough.

And while I can’t say that anything good has come from his untimely passing, this day has proven one thing to me. In an industry where we are all too quick to jump on the bandwagon, and criticize and complain about games and developers until our ears bleed, it’s a truly inspiring event to see fans and non-fans alike come together to mourn over a man who has impacted us in some way.

While I’ll never be able to run into him at a convention, or attempt to talk my way onto guest-starring on the Giant Bombcast (which for the record, is arguably the best gaming podcast out there), I can honestly say that I’ll never forget Ryan. And that means a lot coming from a guy who never met him. My heart (and all of the hearts here at Digitally Downloaded) go out to Ryan’s family and friends. Open in the browser next to me are a handful of quick looks and podcasts that Ryan starred in, and while I’m tempted to ignore them so I always have something ‘new’ to watch and listen to, maybe some laughter is what I need right now.

I feel like I would be doing Ryan a grave disservice by dragging this on any further, especially since I never pictured him as one to stay sad. So here it is.

“I’ll miss you Ryan, and I won’t be the only one. I’m sure I’m not the only one who has both held back and shed some tears today, and no Internet celebrity or gaming journalist will be able to fill the void you left. Every time I pop in Saints Row: The Third, wipe the sweat off my face from eating kung pao chicken, or make the mistake of watching an Uwe Boll film, I’ll think of you.

And don’t worry bud. I won’t shake the baby.”

Want to write about games? Join the Digitally Downloaded team!