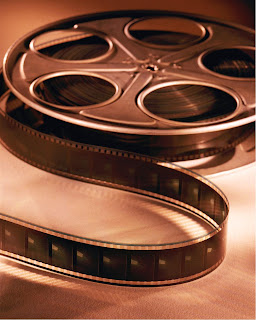 Well, this is interesting; I’ve come across an article looking at the very real concern that the film industry analysts and critics have regarding its ongoing viability, and in that article, I saw a lot of parallels with the games industry.
The article; The Lone Ranger Represents Everything That’s Wrong With Hollywood Blockbusters is a good read, if for no other reason than it feels good to have some solidarity here with our brethren in other artistic fields; i.e as rotten as the games industry feels at times, it’s nice to know that other critics elsewhere have similar issues with their own preferred mediums.

But what is most fascinating about the article is that it lists four key reasons that The Lone Ranger represents the gangrene that apparently the film industry is suffering with… and those four key reasons have exact parallels with gaming:

– The Franchise Problem; The film industry is so focused on the big blockbuster franchises that the entire industry is stagnating. This is almost precisely what is also happening in the games industry. While there are, of course, some new film ideas out there, and there are new game IPs in development, these investments pale when compared to the money being thrown at yet another Battlefield, Call of Duty, Assassin’s Creed, FIFA and Mario game. These games keep getting made because people keep buying them and enjoying them, but as more eggs are dropped into those baskets, the entire industry edges ever closer towards a crash.

Consider Call of Duty. All it would take would be for one game in that series to fail commercially, and Activision would find itself in not-insignificant financial trouble. That would be more than enough for investor confidence in the entire industry to shake. The article includes a quote that is equally relevant to the games industry too; prominent film producer and author, Lynda Obst is quoted as saying “if, say, four huge tentpole [movies] were to go down at the same time in the same season, it would be catastrophic.” This applies to the games industry. We Call of Duty, Battlefield, Assassin’s Creed and Mario all underperform for whatever reason, the entire industry will be hit by a collapse. It’s shaky ground indeed.

– The Origin-Story Problem; The problem here, according to the article, is the lack of creativity that the origin story demands (after all, people already know how things start with these franchises), and yet the origin story is a necessary element for the film industry’s love of franchises.

Rename “origin story” to “reboot” and you’ve got the games industry. The problem is exactly the same; the reboot is absolutely essential for any long-running franchise that is looking to find itself a new audience, or modernise its mechanics for modern demands. Without the reboot, many classic franchises would not be able to continue forward in a cohesive manner. We’re talking about games like Tomb Raider, Thief, Turok, Killer Instinct, Mortal Kombat, Splatterhouse; the games industry is filled with examples of reboots. And as with the film industry, when you step back and think about it, what do these reboots genuinely offer? Not much other than taking the characters and sticking them into ever-more familiar game archetypes.

– The Rating Problem; There is some difference between the film industry and the games industry here, but not as much as might be immediately apparent. For the film industry, so desperate as it is for filmmakers to appeal to the widest possible demographic that it resorts to a lot of bloodless violence to guarantee a PG rating.

The games industry meanwhile seems to revel in hyperviolence, as evidenced by games like The Last Of Us. In film there is a clear link between a low age rating and commercial success. In the games industry, for whatever reason, that link is not there.

Either way though, both industries have a love of violence and a way of desensitising it that is concerning. The bloodlessness of violence in film presents heavy themes such as mass murder and the destruction of entire cities as normalised activities, with not much more consequence than an anvil falling on Wille E. Coyote. The games industry meanwhile desensitises the audience to violence in two ways; by turning it into a score, with the more violent the better the score (headshot bonuses), and by repeating the violence with such regularity that it loses meaning.

Both industries have a love affair with violence, and it’s to the detriment of creativity and meaning in both.

– The Length Problem; This exists on two different scales, of course – the article speaks to film lengths running to three hours and being considered “too long.” The games industry treats a game that lasts for six hours as being “too short,” but length remains a problem for games.

The problem is that, as much as we all love the idea of a game like The Last Of Us running for 15+ hours (not even including multiplayer), and as much as we want out JRPGs to last for 60-80 hours, this is a problem for game developers and publishers. The pressure is on for games to offer ever more content for money, but the more content there is in a game, the more it costs to make. The spiral continues downwards when you consider that the more it costs to make (and therefore buy) the more that players expect from the game, but because each individual game is lasting them longer it becomes increasingly harder to sell them new games. In general the games industry is struggling from bloat, just as the film industry is.

So there you have it – the very real concerns that the press and analysts have about the viability of the film industry business models can equally apply to the games industry.

Why region locking is bad for business