This week on BG- news about the upcoming San Diego Comic Con was free flowing as the mega-show rapidly approaches, we took a peek at MoMA in NYC’s seriously upgraded gaming collection and released the floodgates of insanity with our hands on preview of Saints Row IV.

Sure some shows have risen up to challenge its awesome might over the last decade or so with October’s NYCC and some of the Wizard World cons, but even now it’s a spectacle unto itself.

News from the show has been leaking out in drips and drabs since before E3, but this past week saw a deluge of info about exclusives, panel presentations and other such merriment. In a nutshell, there was a lot to process.

Also new this week was the Museum of Modern Art’s announcement that they’ve bolstered their gaming collection with some of the biggest classics of all time… and Minecraft.
Of course, we couldn’t have a gaming anything without mention of Minecraft could we? Heaven forbid we forget about that one. Also new to the installation are actual classics though. You’ll now find games in the collection like Tempest, Yar’s Revenge, Pong and the fan favorite console; the Magnavox Odyssey.
Read more about what else is new (and plan your outing) right here. 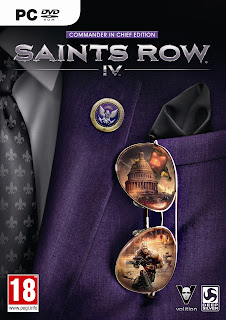 Steelport is back and looking crazy good
We took a look at a preview edition of Saints Row IV this past week and I’m tempted to just say “mark your calendar” here and leave it at that.
The game is amazingly fun to play, loaded with action and just plain funny. But, really funny- not ‘funny’ in a forced way that falls flat. If this news is old hat to those who are already fans of the franchise, I apologize, but I haven’t played an SR title since the first one and never really enjoyed the franchise. So to me, this game’s like an awakening. Volition has done a superb job melding slapstick humor, pop culture references and action into a game that you really shouldn’t miss.
Saints Row IV doesn’t release into stores and digital download services till August, but you can read our full preview right here.