San Diego Comic Con highlights much of BG’s news coverage this week, but there was plenty of other stuff too like the upcoming rebirths of classic titles Flashback and Star Control, our preview of PayDay 2 and an extended look at Assassin’s Creed IV that has the game looking sharp as a hidden blade.

As far as entertainment events go, SDCC is a beast. It’s easily the biggest such convention in the US and I’m pretty sure that statement would hold true for the rest of the globe too. Whether it’s movies, comic books or video games you’re into, there’s something for you to see/do/buy in San Diego right around the middle of July.

This year’s show was no different than every other year in the sense that a ton of news broke that covered pretty much every corner of fandom. Below are a few of the biggest stories that BG covered this past week, but after that you’ll find a link to our ongoing coverage of SDCC 2013. We’re continuing our wrap-up all this week, so make sure you check back every day for more of what you love.

And as promised, BG’s full lineup of coverage is right here.
Flashback and Star Control given new life 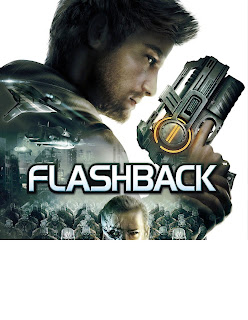 There’s a chance that you may have heard that classic side-scrolling action/adventure game Flashback was coming back around again. You may not have seen the latest screens of the game in action though- and if you haven’t, you really should. This is no mere re-skin, but a complete re-imagining with Flashback being molded into an ode to all things ’90s sci-fi and action. The results are looking mighty impressive indeed.
Click here to have a look for yourself
As for Star Control, there isn’t a whole lot that known about that right now since the rights have just been bought up by Stardock Software. Just the fact that the makers of Sins of Solar Empire are involved in a Star Control title is enough to get me excited to see what they’ve got cooking though.
Click here for the full story as it stands now
Will PayDay 2 pay off?
The sequel to the PS3-only bank robbing game PayDay: The Heist is making its way to the Xbox 360 as well as the PC in a game that’s similar to the first outing for the four man crew. We took a look at the game and got our hands dirty, assisting in a few virtual jobs at Overkill Software’s preview event.
Here’s what we thought of it 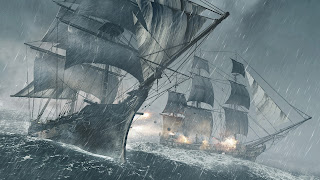 Assassin’s Creed IV: Black Flag is ready to reinvent the franchise
Yes, I know you’ve heard that before. ACIII was supposed to be a reinvention of the open world action title that’s become one of Ubisoft’s biggest in recent years and it kind of was. Where ACIV varies though is that you can seamlessly travel around the absolutely massive map and enter into and out of ‘events’ on the fly.
Grab an assassination contract and you might find yourself pursuing your quarry across land in a port town and then straight onto the open waves as you chase them down on the high seas. Description doesn’t do the fluidity justice though and that’s why Ubi released a 13 minute trailer showing the game in action across just a few of the possible play scenarios.
Check it out here

Is it just me, or is Drakengard 3 more like Nier 2?