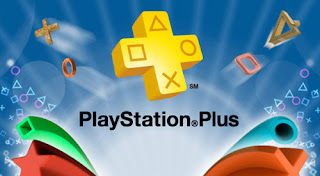 In the fallout from E3, I’ve observed a weird little wave of discontent gain momentum on the social wires (ok, Twitter and Facebook). It seems that people just had to dig through Sony’s E3 show, that two hour-long master class in marketing brilliance, and find something to complain about.

What they’ve picked up on is the fact that with the PlayStation 4, if you want to play online and use those expensive servers that Sony spends the GDP of your typical African nation on maintaining each year, you’re going to need to buy PlayStation Plus.

Now, if you’re not familiar with PlayStation Plus, it’s a service that’s been kicking around for a few years now. In its current form people give Sony $50 or so dollars per year, and in return Sony provides those people with around 24 “free” games each month for download off the PSN. That’s 2 a month for people doing the math. If you have a PlayStation Vita, you also score yourself at least one Vita game a month – taking your minimum free game count to 36/ year.

These games are unlimited play as long as you keep paying for it. We’re not talking about random minigames either, oh no. In the last year or so I’ve been able to play games like Sleeping Dogs and Red Dead Redemption for the first time thanks to this service. I’d already played them, but others got to experience Demon’s Souls and Kingdoms of Amalur. We are talking about AAA-games here, and they remain free and instantly accessible as long as you pay a pittance of a fee each year.

Plus members also gain access to discounts for other games (including new releases), and other neat little benefits, like Cloud storage for save games so, in the event of hardware failure, players don’t lose their progress in the game.

What I’m getting at here is that this service has always been the real deal – offering incredible value for money for a minimal cost. Judging from the 60 or so people on my friend’s list this service resonates too. Of those that use their PS3 regularly, almost everyone is a Plus member.

And so Sony got up on stage and told us that this Plus service would continue to offer the same benefits for the same cost. In fact, at the launch of the PS4 players would get free access to Drive Club, one of the most exciting games in the launch line-up for free, and those PS3 and Vita owners would still keep their Plus memberships for those games. The only significant change? The online play would be rolled into the Plus service. Not Netflix, like the Xbox 360 and One hides behind the paid-for subscription. Not shopping for digital downloads or any other non-game online service. Just online play.

And people are throwing various stages of a tantrum on forums and Twitter over “having” to sign up for a service that will cost them $5 a month, provide them with more games than they will likely complete in a year, and all because that service will also keep Sony in business while providing a robust online service?

Get a grip, people of the Internet. PSPlus is worth $5/ month.

Review: The Night of the Rabbit (PC)

Nintendo concedes to free-to-play, surely the pressure is on for it to go mobile too?