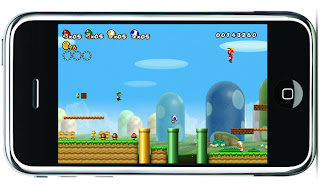 Interesting news coming out of Nintendo’s towers; the company is indeed working on a free-to-play title to be release by March 2014.

This announcement came out a pre-E3 analyst briefing, and as reported by Nintendo Life it appears to be a concession by the company that this is what needs to be done in order to build out its digital presence.

What is most fascinating about the whole thing is that Nintendo isn’t risking its most valuable franchises on this game, acknowledging that Mario and Pokemon have the kind of reputation that you don’t want to risk by adopting a completely different business model. And yet, here is Nintendo risking something that it clearly considers inferior in a bid to engage with with an audience that many would argue it doesn’t really understand.

Reading behind the lines, this is a startlingly modest attitude for Nintendo to adopt. This is a company that is infamous for a stubborn insistence of its value of its games. Not long ago Nintendo was taking every opportunity to tell media and gamers that is would not engage in the “flight to the bottom.” Nintendo’s games are rarely discounted much on the retail shelves – even years after release.

And here it is, so earnest in its desire to count digital gamers amongst its fans that it is developing free-to-play. This naturally raises the question – if Nintendo is willing to bow to pressure from analysts and investors to go where the money is (and let’s not mistake this – this is a bid to appease the stakeholders), does it start and stop at free-to-play? And the Wii U or 3DS?

Somehow I doubt this. So I’m going to propose an idea here that is no doubt going to be controversial amongst the more conservative Nintendo fans, but as someone who desperately wants Nintendo to be a successful business, I do hope I’m reading the situation correctly:

Nintendo is taking baby steps into the same services that its rivals are leveraging. MiiVerse has an HTML app (and you need to have a Nintendo account to use it, so still demanding that people that want to use it own a Wii U – clever marketing, there). There’s a Pokedex app on iOS (which is not a game and therefore people need to have a copy of the game to get much use out of it – clever marketing, there). Now it’s making the concession that if it wants to access the modern casual gamer, then it needs to go free-to-play.

I don’t expect it will be that long where Nintendo’s earnest desire to get itself back in front of the mainstream gamer will push it to develop a “real” game app. It’ll be a $0.99 deal, and it will be in no way a replacement to “real” Nintendo games, but it will have the Nintendo branding and it will encourage people to go look at these Nintendo consoles to get the really good games. The game will carry with it the implied message of “see what we can do with a $0.99 game? Now imagine what we can do if you buy our $60 games!“

It would be a smart move for a company that is starting to struggle to capture the imagination of both the industry and the gamers. And Nintendo just made the implication that it wants to make smart moves, even if it is still on a level opposed to them.

Review: The Legend of Zelda: Oracle of Seasons (3DS)