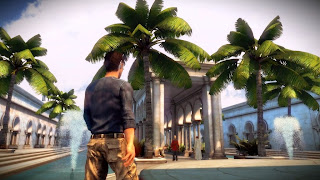 You know how sometimes people enjoy the guilty pleasure of a movie that is “so bad it’s good”? For example, I have a buddy who loves Nicolas Cage movies for that very reason. Unearthed: Trail of Ibn Battuta Episode 1 (the only time in this review I will type out the entire time) feels like it has that kind of potential once or twice, but unfortunately game just misses too many marks to achieve even that.

There is no doubt that the inspiration for this title is the similarly named Uncharted, or perhaps the Tomb Raider series. The game is aware that the audience knows this and tries to conceal the lack of original ideas in humour; there is a line of dialogue about a quarter of the way into the game where your protagonist is bantering with his sister, and they reference tombs, uncharted territory and video games all in one go. 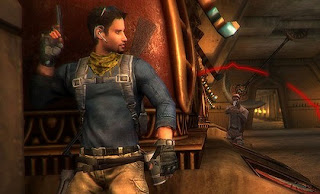 Copying such great games is itself a worthy goal – I have been playing a lot of Uncharted lately, and it is an amazing series. Unfortunately there is a level of polish to the games that Unearthed has no chance of attaining for itself. The graphics are not very good. Still images and the unlockable concept art/ rendering extras all look nice – but when they are applied to the game engine and animated, Unearthed is pretty rough. Thankfully the music and voice acting fare better. They are not spectacular, but I never felt they were terrible either. In fact, the lead voice actor actually does manage to remind me of Nathan Drake.

There are a lot of ideas tossed into the mix here, but I think the developers, Semaphore, would have been better off sticking to one or two things and honing them rather than trying to mix a lot stuff together and leave themselves thin. What I mean by this is there are shooting and platforming parts, and there is a one-on-one fighting mode, and there is even a car/racing scene near the end. Variety is an excellent thing to strive for in a game, but I think the lack of focus hurts in this situation. The combat and platforming are both really stiff and the combat and driving were both decidedly simple affairs that felt more like padding than useful game elements. 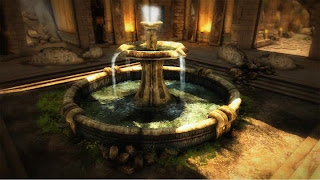 One thing I did like was that the game was somewhat forgiving when collecting artifacts and puzzle pieces. I died on the awkward platforming pieces several times after collecting an item, and found myself respawned with said item – saving me from having to go get it again. It’s almost an admission that the developers knew people wouldn’t want to go through all that again. There are a couple of puzzles that did their job effectively as well. Yes they don’t amount to much more than the usual ‘collect this, that and the other’ and ‘press the panel here to extend a platform there’ mechanics, but they worked.

This is the first game Semaphore has released, so there is plenty of potential for the team to improve and add polish if they do plan to go ahead with future episodes. Unfortunately Unearthed is so rough around virtually all of its edges, not to mention only lasting about an hour overall, that it is very hard to recommend. There are a handful of very easy trophies that can be acquired in a short span of playtime, but that is not reason enough for most people to try it.