I love stumbling onto a game where my expectations are, frankly, low – but coming away feeling like I found a game that is perhaps better than not only what I expected, but the sum of its parts. This is exactly how I feel about Defender’s Quest: Valley of the Forgotten.

My favourite genre alternates, depending on my mood, between either RPG or strategy (and that, sir, is why I like you – ed). When they are mixed together, like Fire Emblem Awakening… well then I really enjoy myself. Defender’s Quest takes some RPG elements and adds them to a tower defence game to create something that feels both familiar, yet refreshingly new as well.

Most tower defence titles are really simple affairs at first glance. You are protecting some sort of inanimate object from masses of creatures that spawn repeatedly and attempt to circumvent your defences. Story telling is usually non-existent, and beating a level is your primary reward, with little to no sense of progress except perhaps unlocking a new unit here or there.

Defender’s Quest has taken that formula wholesale, but also tells a pretty good story mingled with a map and persistent gameplay elements such as experience for levelling and customising your units, and gold so you can purchase better equipment at the shops. 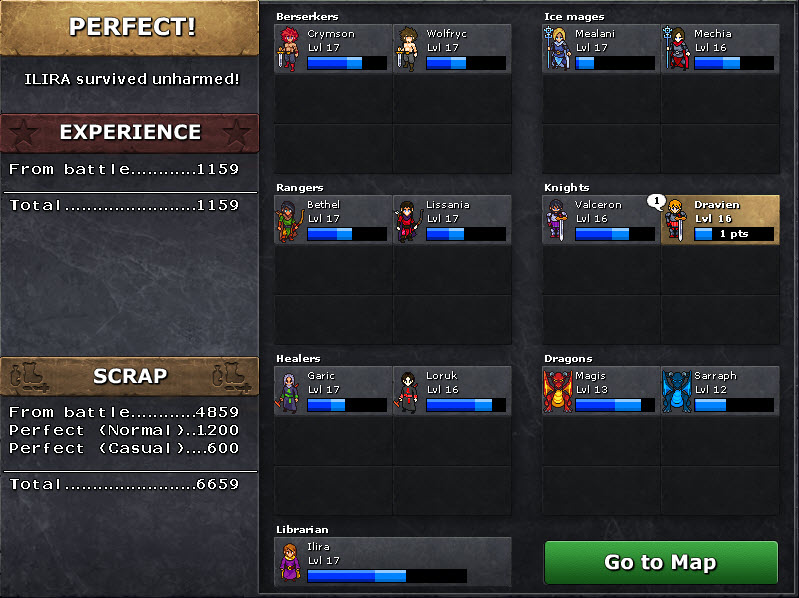 The primary protagonist is thrown into the Valley of the Forgotten, left to die when she suddenly finds herself in control of magic no one can explain. This magic has several uses – both in dealing direct damage to the units trying to kill her, and in summoning defensive units of her own in hopes of placing them along paths and destroying the enemies before they can reach her.

That is all pretty standard stuff for a tower defense game, but the gold, experience and equipment are nice new additions to the formula. When your units level, they become stronger, but you can also put points into skill trees that maybe given them additional types of attacks or improve some of their stats or grant bonuses to their class skills.

The graphics are pretty weak, and the music is nice but unspectacular. There is no voice acting and the scenes that take place between levels are humorously written, but poorly drawn. Thankfully, the game itself is so good, I know I did not mind in the least. If you get stuck, you can go back to earlier levels and gain some more gold and experience. The grind is not terrible at all, because the interface has some nice options such as being able to play at double or quadruple speed, or slowing things down by half or even pausing, giving you complete control over the flow of combat. 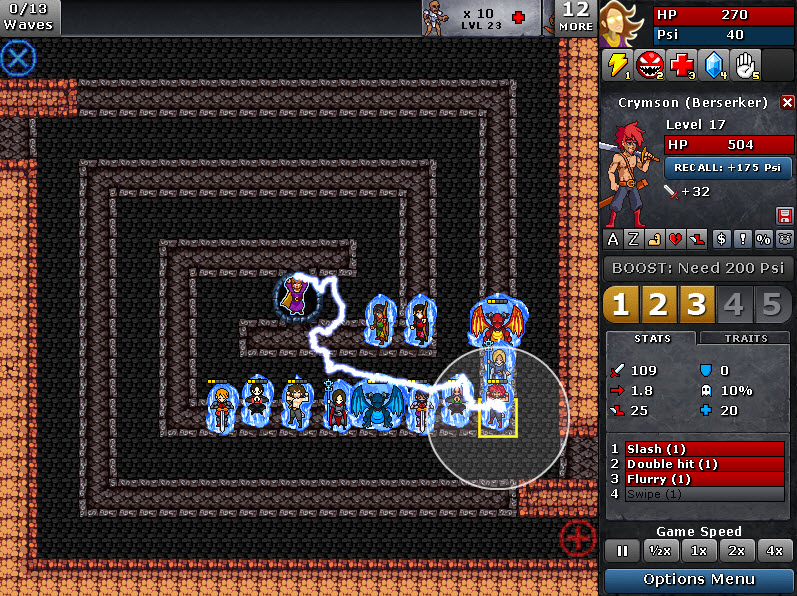 Each battle also supports several levels of difficulty, where high difficulties yield better rewards – especially if you get a ‘perfect’ level where your main character receives no damage. This can lead to bonus items, gold or experience. There are towns along the way where you can recruit more units and purchase additional equipment. You can name all of your units and even do some basic colour swaps to customise your recruited units, which give your defenders a bit more character than simply putting up a gunner tower here or a spike trap there, like you might in most other tower defence games.

Defender’s Quest has been out for some time now, but it has flown under the radar since its release, and I only recently happened upon it more or less by chance. If you enjoy tower defence games and want to see a new spin on a well-worn genre, I would recommend giving Defender’s Quest a try.